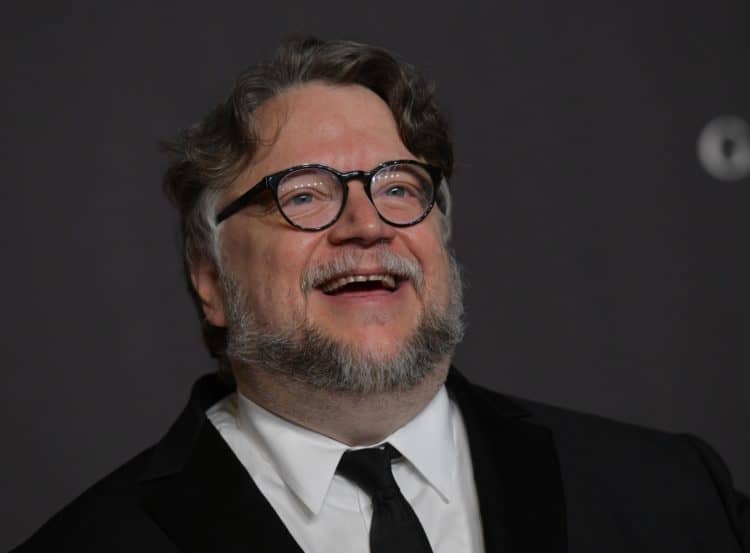 Directors interviewing directors could go in a lot of directions to be fair since there’s a good deal of experience between Guillermo Del Toro and the Coen brothers, and it’s hard to think about what surprises that they might have in store for each other. Just trying to figure out their motivations for watching certain movies so often and seeking inspiration for them is enough to make a person’s head spin since there’s a wealth of information there to be looked at, analyzed, and otherwise inspired by. Looking at things as a director would is a bit difficult at times if one has never stood in their shoes or even in their position since the take that many directors have on the world around them is tough to emulate given that not everyone sees the world as a stage and the people around them as players in some grand drama or comedy. There is something to be said when it comes to movie directors since it a little too obvious that they look upon the world in a very different manner than many other people, and they either revel in it or are continually finding ways to make sense of it. In a way they’re like writers in the sense that they take the world as it is and find a way to present it as they desire while making worlds of their own for the audience to witness and experience.

It is quite interesting to listen to directors speaking with one another when it comes to how the movies are made, why, what influences are seen as important and which are essential to their own movies when it comes to presenting their vision to the world. Listening to even a vague intimation of how the creative process works is fascinating for many people that might not think that they have the right mindset to fully understand those that choose to direct or tell a story in their own voice. Realistically everyone can tell a story due to the experiences they’ve had throughout their lives, as Coach Tony of Medium would agree, but one thing that separates many of those who seek to create new worlds and new tales for the entertainment of others is the passion to make it happen and the willingness to take a risk and tell a story that others might not like in order to reach those that are willing to embrace the stories that can come as a result. Many directors have known struggle in their lives when attempting to bring their vision to the masses for approval and many have learned one of the most vital aspects in show business is that you won’t please everyone, it’s simply an immutable fact. Many directors in Hollywood, Del Toro and the Cohen brothers included, have found great success by paying attention to the people and releasing movies that audiences are bound to find interest in, but even they have been widely criticized by some and have found that their works aren’t favored by everyone.

Listening to the three men sitting and speaking about the influences and the movies that have been important in their lives however is very intriguing since it’s a kind of look into their personal though processes that allows a person at least try to understand just how their minds might work. Quite a few creative individuals, and there are many out there, are quite guarded when it comes to talking about their most prized techniques and methods, but those that offer them up without much of any fuss are typically those that have a greater passion for the creative arts and aren’t overly obsessive about their own process. It takes all types to be fair, and those that are obsessively protective of their creations and the processes by which they come to be aren’t any worse or better than those who are so free with them, as the creative process is something that is approached differently by many people and is used in a variety of ways to the greatest extent for each individual partakes. In a way it’s kind of amusing to realize that some people can’t fully understand just how any creative individual can come up with the ideas they do, but the answer is pretty simple. The inspirations that we gain from the lives we lead go a long way towards pushing a lot of people to create their own stories and bring to life new worlds and characters that are either bound to slip into obscurity or will be embraced by the general public and made into a pop culture icon.

Directors are people just like anyone else and find inspiration wherever they can find it, but many people would argue that they’ve reached a different level of storytelling that transcends the average storyteller. That’s kind of true, but in a way they’re just as fallible as any tale-spinner, they just have more experience.