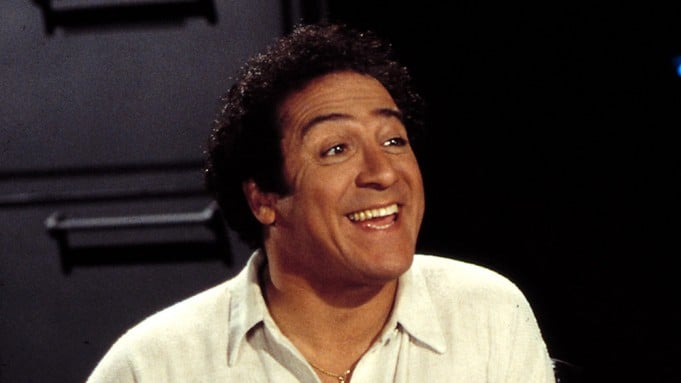 In many cases, actors have to go through several small roles before they finally get an opportunity that puts them on the map. That wasn’t the case for Eddie Mekka, though. His first on-screen role and his big break were one and the same. In 1976, he was cast as Carmine Ragusa in the sitcom Laverne & Shirley and he would be a part of the show for its entire run. When the show ended in 1983, Eddie began to focus primarily on movie roles, but playing Carmine Ragusa continued to be what he was best known for. Over the course of his career, Eddie touched the lives of countless people both near and far. Needless to say, all of those people were saddened when news broke that Eddie passed away on November 27, 2021. He was 69 years old at the time, and his death came as a shock to many. Let’s get into the life and legacy of Eddie Mekka.

Eddie was born and raised in Massachusetts, and it was there where he fell in love with acting. However, Eddie didn’t always plan on becoming an actor. When he auditioned for his first play, a production of Fiddler on the Roof, he was simply doing it to impress a girl he liked. Not only did he get her attention, but he started laying the foundation for a successful acting career. After graduating from high school, he went on to attend the world-famous Berklee College of Music. Things really started to take off for Eddie during the 1970s and he earned a spot in the Broadway production of The Lieutenant. His work in the play resulted in him being nominated for a Tony Award. While it was clear that he loved being on stage, he decided that he also wanted to share his talents in front of the camera. His role in Laverne and Shirley put him on the map as a talented young actor and it helped open the door for future opportunities. During his career, Eddie appeared in several successful projects and his resume included 50 on-screen credits. He even landed a spot in the 2006 movie Dreamgirls which starred Beyonce. Even though his on-screen work is what most people know Eddie for, the stage always had a special place in his heart and he continued to appear in plays throughout the years. In 2008, he was in the off-Broadway production of My Mother’s Italian, My Father’s Jewish & I’m In Therapy!

News of Eddie’s passing first began to circulate after an announcement from his brother, Warren. According to an article from NBC News, “After Mekka’s neighbors did not hear from him for a “couple of days,” they checked in on him and found his body in his home, Mekjian said, adding that he received the call of his death Saturday morning.” No information has been released regarding the cause of his death, but there is nothing to indicate that foul play was involved. When talking about Eddie, Warren said, “Eddie was always joking, laughing, loved to sing and dance — he was a good storyteller and very talented. He’s going to be missed.” Actor Michael McKean took to social media to express his sadness about Eddie’s death. In a tweet, McKean wrote, “A sad goodbye to Eddie Mekka this morning. A genuinely good guy and purveyor of cheer whenever things got cheerless. Value these people. RIP, Eddie.” In addition to his brother, Warren, Eddie was survived by his daughter, another brother, and a sister. It’s unclear whether Eddie was married at the time of his death, but we do know that he was married to DeLee Lively from 1983 to 1992.

Saying goodbye to someone is never easy, especially when their passing seems to be sudden. However, those who were close to Eddie can find some comfort in the fact that his work reached millions of people. From dancing to acting, Eddie was a well-rounded performer who never failed to put on a good show. His final on-screen appearance was in 2019 in an episode of Then Again with Herbie J Pilato in which he appeared as himself. From what we can tell, he wasn’t working on any new projects at the time of his death. Information regarding Eddie’s services has not yet been shared with the public. Since Eddie was a very private person throughout his career, there is a good chance that the services will only be open to family and friends. Aside from Warren, no one from Eddie’s family has made a public statement.