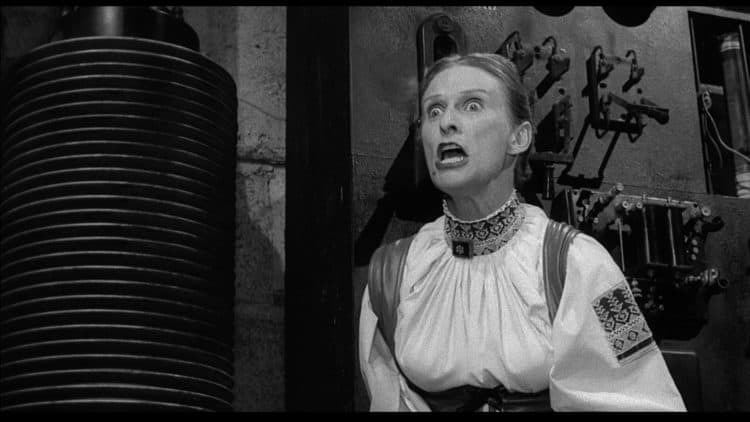 If anyone thought that 2021 was going to be any easier when it came to stars passing on then they were wrong since it’s going to happen quite a bit in the years to come for one reason or another. Celebrities passing when they’re younger is tragic without any doubt, but one thing that can be said about Cloris Leachman‘s passing is that she had a long, successful career and a very interesting life that she likely enjoyed more than a little. As little as some folks knew about her, considering that her career started decades ago, she was still an effective actress since she put in several great roles that many people can still recall if they make the attempt. I’ll talk about a few roles out of respect for this great actress, since watching her was a great pleasure given how effective she could be in every role she was given. It’s fair to say that she had a set number of roles that she could execute perfectly, but the fact is that when set into those roles, she was one of the absolute best and could perform in a manner that elevated everyone around her as she did her absolute best. It’s saddening to know that she’s gone, but it’s also worth stating that watching her for so long felt like a privilege since despite learning of her as an old woman was still a great deal of fun, as she was someone that sticks in your memory if you’ve ever seen her act.

Young Frankenstein is a good memory for many people, but one other memory that a lot of people should be able to pick out one that made Cloris into one of the meanest old women that had ever been seen in a sitcom. Her role in Malcolm in the Middle as Grandma Ida was classic since she was absolutely horrible and yet was still considered as part of the family since her daughter Lois couldn’t just abandon her. This is a woman that was so terrible that she made her grandsons fight during one episode as she wanted Reese to win the hand of a young girl she’d brought from the old country, which must have been pretty messed up considering some of the traditions that Ida brought with her. The fact that no one in the family could stand her was pretty apparent, but her part was great since as nasty as she was, she simply fit in with the group so well that her episodes were little more than comedic as she found new and inventive ways to be terrible to the family. In fact, in the final episode, one of the best standoffs that could have ever happened was quickly shut down when Francis, the eldest son, was about ready to take on Ida with a metal poker, to which Ida simply told him that he’d better make the first shot count. Some people might be appalled by such a role, but the comedy that ran rampant in this show was insane, and even better, it was so far out of control that one couldn’t help but laugh since otherwise it would be pretty depressing.

Another role that was fun to see her in was as Great Gam Gam in the hilarious comedy titled Beerfest with the same group of guys responsible for Club Dread and Super Troopers. Her role in this movie wasn’t quite as expansive but it was still great since she played the matriarch of the Wolfhouse family and was as comical as she could be since the sexual innuendo that was present in a lot of her lines was enough to make a person laugh even as they cringed. The whole idea stemmed from the fact that she played the part of a Bavarian whore who escaped her country when it was discovered that she’d birthed a son by the baron, a son whose grandchildren would eventually open their own bar and become the unknown heirs to the family brewery back in Germany. Great Gama Gam was the inspirational figure that was needed to give her great-grandsons the push they needed to enter Beerfest and bring their grandfather the honor he deserved, and to do the family proud.

Cloris had a long and very successful life, and at this point in time, one can’t help but think that she might have passed in peace, as the report thus far is that she did die in her sleep of natural causes. People might not want to accept it right away, but the thing is that she’s gone and is now at rest, and the best we can do is remember her fondly and hold up the memories we have of her. That’s the best we can do for pretty much anyone. Rest in peace ma’am, you’ll be missed.