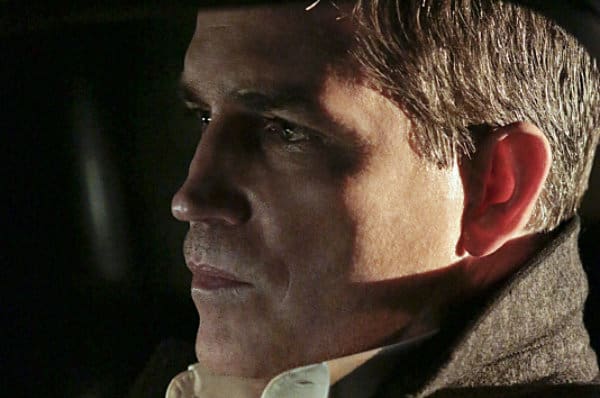 At first glance, John Reese fits all of the stereotypes of the standard action hero: unafraid, resolute, and ruthless. That psychology has rarely been delved into, and the times that it has been have been predictable: a lost daughter or wife, a horrific past crime, etc. This kind of hero fits well within the American psyche (and I would dare say at least the rest of the Western world). because it’s something we all secretly desire. Who doesn’t want to be the man who wins every fight and stands up for what he believes in? Who doesn’t want to be the woman who will do what it takes to get the job done, and do the right thing?

But that isn’t John Reese. Not really, anyway.

No, John Reese (and by extension Person Of Interest) is different. Reese didn’t leave the love of his life because of some sense of honor or duty; contrary to his claims, he didn’t leave her because he didn’t want to hurt her. It was much simpler, and much more real, than that: he didn’t want to die. Because, you see, when you love something, it consumes you. You go to war for it, and you take a bullet for it. Reese may seem like he is unafraid of dying, but I don’t believe that’s true; his mortality is what drives him the most. As the Reese-influence Carter hallucination said tonight: if you stop, you die. That’s a philosophy that will keep you safe, and it’s a philosophy that will keep you chained.

Knowing what we know now, it makes sense that Reese would join up with Harold. It was never about righting past wrongs (as it was for Harold), nor was it about finding a cause (like Root). It was simply something that he was good at it. Being a part of Team Machine is him doing the same work as he did for the American government. Reese wants to take orders, and he wants to kill people, and that’s it. It is telling that the only time that Reese stopped was as he rode along that train, headed to a long fall, and that the only thing that kept him from doing so was violence. Violence, and pain, keep him going forward. A bullet in the back and a bullet in the gut help him drag himself across snowy plains, but when he gets comfortable, he begins to fade away.

Reese isn’t going anymore. He’s ready to go; he believes that he has no chance, because he has never given anyone the chance. He didn’t tell anyone about Jessica; he didn’t tell anyone about the case he was working. The fact that he was only able to communicate openly with a ghost, a projection of his own mind, underscores his desire to go it alone. He wanted to save himself and Chase Patterson. He killed the bad guy, and he would drive himself to the hospital, and everything would be fine. He wouldn’t stop moving, and he wouldn’t die. But there he was; if the cold didn’t get him, the blood loss would.

And then a pair of headlights shine through the window.

The lesson here is, of course, that a life lived within protective walls is not a life lived. This applies to the whole series, not just this one episode. Sure, Reese may never get hurt, but in the end, what does it matter? He could be dead in a few days, if Samaritan ever found him. All of our journeys end hand in bony hand, striding towards the black. And when you look back, squinting at the disappearing horizon, you can see a life lived, or one in which you existed.

Reese made his choice. We’ll have to see where it takes us.

–  Another long and abstract treatise. I am a one-trick pony.

– The direction in this episode was phenomenal. Alrick Riley was our director tonight (his first time on Person Of Interest), and he knocked it out of the park. It was so weird and vivid, and subtle. I had no idea it was a hallucination until the moment it was revealed. Incredible.

– That applies to the writing, too. Erik Mountain and Melissa Scrivner-Love wrote a near-perfect script.

– It was good to see Taraji P. Henson back, because as good as she was, the show has taken another leap in her absence. I wish she’d been here for the crazy last two seasons as they cranked out one hit after another.

– Root and Harold sharing a burrito was the cutest thing I’ve ever seen. Glad to see they’re back together.

– This is probably my favorite Person Of Interest episode ever, and that is saying something.