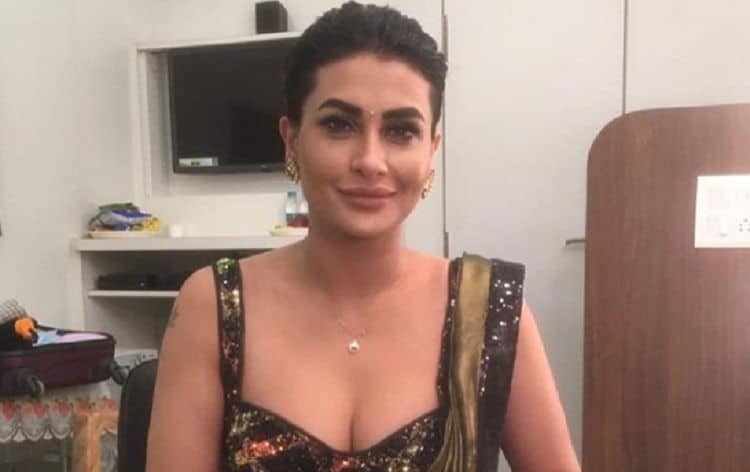 She’s a television actress who took India by storm, and she hasn’t stopped yet. She’s Pavitra Punia, though she’s so much more than an actress who has a famous role on television. She’s a woman who has strong beliefs, a great sense of humor, and perfect comedic timing. She’s all kinds of things, but unimportant is not one of them. She’s one of the most famed actresses in India, and it’s time that people got to know more about her. Her life has been a fascinating one, and so many people fail to look at her history and realize just who she is and where she came from. We want to change that.

She might not look like it, but she is. She was born on August 22, 1986 in India. She was raised there, and she spent her entire childhood with her parents and her brother. She had a plan for her life, but it might surprise people what she wanted to be when she grew up. It wasn’t an actress who spent her time on television, that’s for sure.

2. She Dreamed of Another Life

By no means is she unhappy with the one she’s got now, but this is not how she saw her life turning out when she was growing up. In fact, she dreamed of being an IPS officer. She spent a year and-a-half of her life training for it. It was something she wanted to be from the time she was a little girl, but sometimes you’re just meant for something else.

Bigg Boss 14 is the equivalent to Big Brother, if we had to make an assumption about the Indian show. She’s on the show with several other high-profile Indian actors and actresses, and she is making some waves. She’s been accused of faking a relationship with another guy, with doing things that will ensure she’s on top, and of not being genuine. Of course, this is reality television, so we feel everything is done with a hint of calculation at least.

4. Her Ex Called Her a Liar

Her ex is also on the show. His name is Paras Chhabra, and he has some things to say about her that are not that nice. He said that while they were dating, he had no idea she was married. Apparently, she’d been married the entire five months they were dating, and he found out from her husband. The husband told him that he needed to stop posting photos of himself with his wife while she was still married.

5. She’s Got a Reputation

Even some friends of hers accused her of being a cheater and a liar. They claimed that she was married, dating the famous actor, and also dating someone else at the same time, and we think that this might be true. She said when she came into the Boss house that she once had more than one boyfriend at a time, and she would just call them both the same nickname so that she never slipped up.

6. She Uses a Stage Name

Many of her fans are unaware of this, but she uses a stage name. Her birth name is Neha Singh. We aren’t sure why she chose to go with a stage name as her real name is very lovely. However, we do think that there is always a reason that some people choose to use a name that is not their own, and we get it. It might be a privacy situation.

Before she completed her college education, she was called upon to start a career in modeling. She did a wonderful job of it, and it gave her a bit of a foot in the door in the world of acting. Her career started with some reality television, and she’s currently back at it causing some major drama.

She trained to be an IPS officer, and that did not stop her from attending college. She has a degree in hospitality, which we assume means she can go anywhere in the world and work in various enterprises. Typically, this means hotels and the travel industry as a whole, but we imagine she could use her degree to do anything if she really found something she enjoyed.

One thing that surprises her fans is how outspoken she is. She is not the kind of girl who likes to say things that are going to make her popular, but rather someone who says what needs to be said. She doesn’t like when things don’t seem all right, and she’s not afraid to speak up when that happens.

Because she’s on reality television, it’s not possible for her to be too private about her life. However, she’s done a lovely job of keeping her personal life details to herself for the most part in the history of her public career, and that’s impressive. She’s always in the press, so we are impressed she doesn’t share too much of herself otherwise.