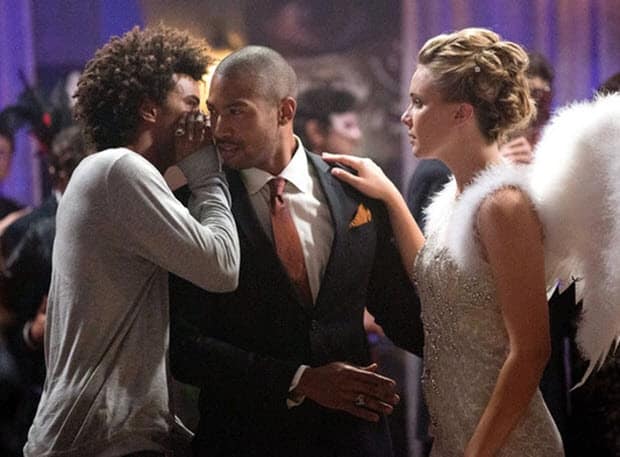 A lot like early seasons of The Vampire Diaries, The Originals has consistently been upping the ante each episode.Â  We used to think that Marcel was the one in control here, but it turns out he may not be as powerful as we were led to believe.

Klaus, Rebekah, and to a lesser extent, Hayley are working together to get Elijah back from Marcel.Â  Hayley didn’t have much to do in this episode, because she is still considered an outlaw in Marcel’s werewolf-free New Orleans.

Rebekah and Klaus devised an elaborate decoy plan to allow Sophie to do the locator spell to find Elijah’s body.Â  It involved setting up Marcel’s right hand man Thierry to kill a vampire, which everyone knows is against Marcel’s rules.Â  It just so happens that Thierry’s girlfriend is Katie, a witch whose use of magic to save her boyfriend from the wrath of Marcel will hopefully distract Davina from Sophie’s spell.

Long story short, Klaus appears to have really messed up the whole plan when he kills Katie, just as she’s about to stake Marcel.Â  Klaus acted on his instinct, and it all paid off when Marcel acknowledged that he owes him for saving his life. Â The best scene of the night was between Rebekah and Klaus, when she realized that Klaus was responsible for Katie’s death.Â  Rebekah was right to freak out, because they were so close to finding Elijah’s location when Sophie had to stop for fear of being detected.Â  Klaus’ comments about her lack of faith in him could have only been better if Elijah himself walked through the doors to prove that Klaus’ actions paid off.Â  Of course, nothing is that easy on this show.

Marcel had every intention of giving Klaus his brother back, but it appears even he doesn’t have complete control over the situation anymore.Â  He had kept Elijah’s staked body with Davina, the all-powerful teenage witch with a grudge against “the old ones”.Â  The only problem is Davina won’t let Marcel give Elijah back until she figures out how to kill the Originals.Â  Little does she know that if she kills an Original vampire, their entire bloodline of vampires will die with them.

While Klaus and Rebekah were out at the masquerade ball playing mind games with Marcel and Cami, Hayley was visited by a witch that Sophie sent to keep her company.Â Â  They got to talking about the baby, and the witch said she could tell Hayley if “it” is a boy or girl without using magic.Â  That seemed a little strange to me, because when we saw what happened, it appears she became possessed when she started talking in a strange tongue.Â  Could this be an indication that the baby is more than just a hybrid?Â  I would think that since Hayley and Klaus are starting to understand each other that maybe she would have told him about what happened, but so far she’s trying to figure it out on her own.Â  I would guess not even the Google translator that detects languages would help her in this case, so she’ll need to speak up sooner or later.

From the looks of next week’s episode, things are going to get even crazier!Â  I’m just not-so-patiently waiting for Elijah to be saved once and for all.Â  We did get some Elijah voiceovers, so that counts for something.Â  I’d give this episode a B+.

What did you think of the episode? Any theories on Davina or the baby yet? 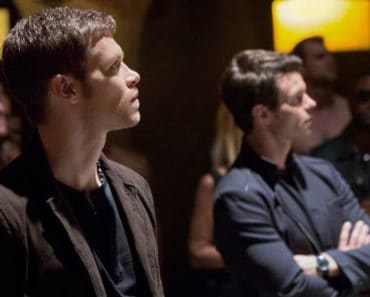