Home
Television
Once Upon a Time
Once Upon A Time Midseason Premiere Review: “Secret Garden” Changes the Game 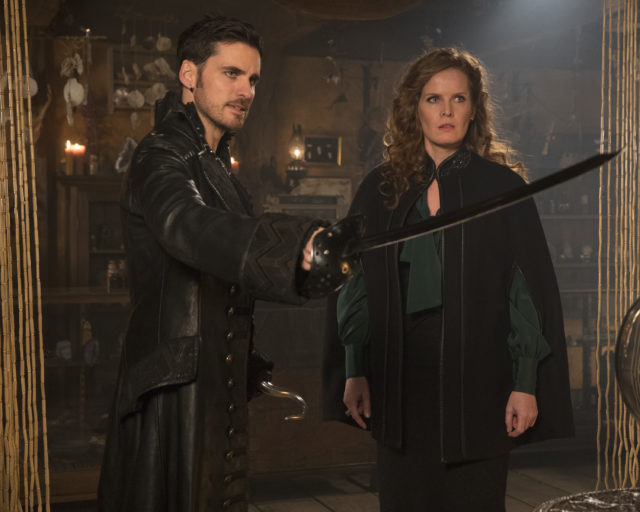 Well, it’s finally happened. Once Upon A Time has returned for what has been recently announced as its FINAL batch of episodes. Certainly there’s a major group of fans that consider the season six finale the “end” (a la Scrubs), but for me, Season 7 has been at least intriguing enough to keep watching. Should this have been a spin-off? Perhaps. But the story of Henry as an adult and the journeys of these new characters have been (mostly) compelling. All this to say, you can count on me to stick it out until the end, bringing you reviews right here on TVOvermind. I’ve been following the show for years, reviewing it for the last few, and this last batch of episodes is sure to be interesting.

I’ve only had minor issues with Season 7 of Once Upon A Time, and “Secret Garden” actually course corrected one of my bigger issues. Victoria Belfrey was being passed off as the primary antagonist of the season for some time. She wasn’t compelling or even the least bit scary. She had nothing on previous villains like Rumplestiltskin, Regina, Peter Pan, etc. The stakes from Victoria’s villainy were at an all-time low. Seemingly, the show recognized that Victoria’s story was ringing hollow, and decided to give her (spoilers) a hero’s death. A running theme throughout the episode was wanting better things for your children (whether you know they’re your children or not *cough*Henry*cough), and that culminated in Victoria sacrificing herself to one of Gothel’s spells in order to spare Drizella’s life. This accomplished several things that are good for the show’s remaining episodes. First, it recognized that Drizella is a far more compelling character than Victoria, so they illustrated that. Literally. Second, it got rid of a mostly problematic character in Victoria. Third, it shifted gears to making Gothel the main villain, who is far more compelling. I’m sure they had most of this planned all along, but either way I’m pleased with the results.

As fiercely as some people believe that Once Upon A Time should have ended last season, I have to at least partially disagree. Sure, I’m pretty far into the camp that Emma, Hook Prime, Charming, Snow, etc. had concluded their stories satisfactorily and no further story is needed about them. However, the characters that are still on the show certainly deserve to be, and the stories being told about them are still compelling. The best example of this in “Secret Garden” is Zelena. Every story so far that has included Zelena in Season 7 has been compelling, as she deals with falling in love with a muggle (don’t judge me for mixing metaphors), and raising Robin with a modicum of magical prowess. Rebecca Mader has always been fantastic on this show, and she certainly belongs here now. “Secret Garden” was a wonderful Zelena episode.

Overall, I enjoyed the episode, and I’m glad to be reviewing the show right up to the end. Friday nights are hard, so look for most of my reviews on Saturdays for the next few months.

Once Upon A Time Season 7 Episode 11 Review: "Secret Garden"

Victoria makes a sacrifice to save her daughter, while Zelena helps Regina on this week’s strong Once Upon A Time