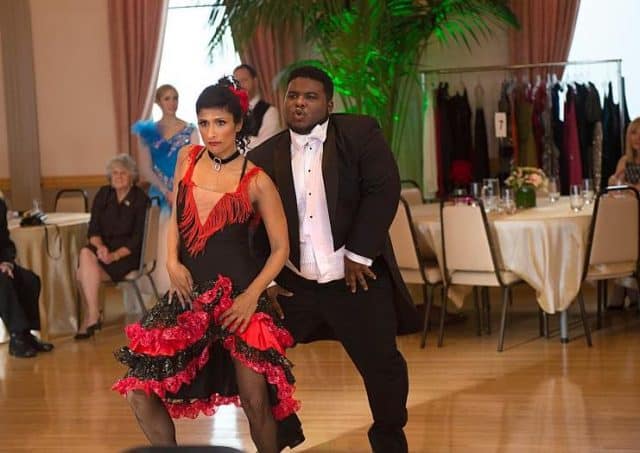 It’s no secret that the past two episodes of No Tomorrow have been underwhelming for me. Whether it was the show juggling too many storylines in one hour or turning Xavier into an obnoxious, oblivious jerk, these last couple of weeks have left me feeling quite disappointed in a series that I called one of the best new shows of 2016. However, whenever I doubt No Tomorrow, it steps right back up to the plate and proves just how good it can be by hitting a home run of an episode, and that’s certainly what “No Truer Words” is. Although “No Doubt” may remain my personal favorite installment so far from this season, tonight’s No Tomorrow certainly stacks up to that hour in pretty much every way, as it not only provides every main character with a stellar storyline but also delivers on the show’s optimistic, feel-good spirit that I fell in love with back during its pilot.

That spirit is most fully embodied in what could be the episode’s best scene, as Xavier puts a positive spin on his doomsday speech and encourages everyone to write down what they would do if they only had six months left to live, their “what if” actions. Sure, if you want to be cynical, you could call it a little cheesy or over-the-top, but after the incredibly rough year that 2016 has been for most people (including myself), there’s a warm, welcoming energy in that sequence that doesn’t feel fake or forced. People can only move forward in their lives once they acknowledge what they want to do, and Xavier has helped Evie do that throughout the last few months; here, with one big speech, he’s able to hopefully do the same for dozens of other people.

But is all that good that Xavier’s doing enough to offset the bad? In the final moments of “No Truer Words,” Timothy reveals the harsh truth that he uncovered about Xavier while researching him for his article: he’s a liar. He’s been lying to Evie ever since they first met, even about his name, which isn’t Xavier Holiday; apparently, his real name is Hamish Stegner. The full details about what exactly Xavier has been hiding from Evie (and us) won’t be unveiled until No Tomorrow returns on December 27, but it’s enough to unsettle both Timothy and Evie. Clearly, he’s not dangerous, or Evie wouldn’t go to his trailer at the end of the episode; however, the real identity of Xavier could and should have some major ramifications on their relationship when the show comes back. You can’t lie about who you are to the person you love for months and expect him or her to be okay with it, no matter how solid you believe your reasoning to be.

Meanwhile, as Evie and Xavier appear on the verge of a break-up, both Hank and Kareema are dealing with loss as well. For Hank, it’s the loss of Deirdre, who still can’t get over his “betrayal” from last week’s episode, when he picked his fellow workers over her during the strike. Hank’s decision from last week leads Deirdre into the arms of her ex-husband (they’ve been married twice) Pete, who proposes to her for a third time, which she accepts. Everything involving Hank, Deirdre, and the dance competition was a lot of fun, especially watching Hank and Kareema train for the contest, but there was nothing light or goofy about Deirdre’s final exchange with Hank. Even though I would like to point out to Deirdre that marrying a man she’s divorced twice before doesn’t really fit with her risk management mentality, her explanation that she essentially dumped Hank before he could leave her makes perfect sense for her character, and it’s also incredibly sad, both because Hank’s has now lost the first real, romantic connection he’s had and also because Deirdre is so afraid of rejection that she’d rather settle.

While Hank’s loss is romantic, Kareema’s is familial. After she watches Rohan go through his five stages of relationship grief following his break-up with Sofia (quick question: when did Rohan start working at CyberMart?), she believes it’s finally okay to come clean to her brother about her and Sofia’s engagement. Unfortunately for Kareema, it seems that Rohan’s break-up with Sofia wasn’t just a typical break-up, as he angrily walks out on her after she tells him the information; we don’t hear what either of them say, as the scene features no dialogue and is solely set to music, which is a smart choice by No Tomorrow‘s creative team as it allows us to think up the very worst version of their talk. Even though Rohan’s blow-up at Kareema was expected (the fact that she was so confident that his reaction would be calm was a clear indicator that it would be anything but), it still packed a pretty powerful punch, especially as we’ve seen her grow as a character over the past few weeks. I’m anxious to see how she deals with this incredibly complicated situation when No Tomorrow returns at the end of the month.

“No Truer Words” did a terrific job at capturing that feel-good spirit that No Tomorrow first conjured in its series premiere. However, it’s also the show’s most dramatic episode yet, and even though this series is a romantic comedy at its core, it needed to raise the stakes for its characters heading into the final four episodes of the season. I’m excited to see how it all plays out and if the damage from tonight’s episode will be able to be fixed or if the harsh truths that were revealed will be too strong, making their impacts irreversible for all of No Tomorrow‘s main characters.

Evie, Hank, and Kareema deal with the harsh consequences of difficult truths in a superb episode of No Tomorrow.