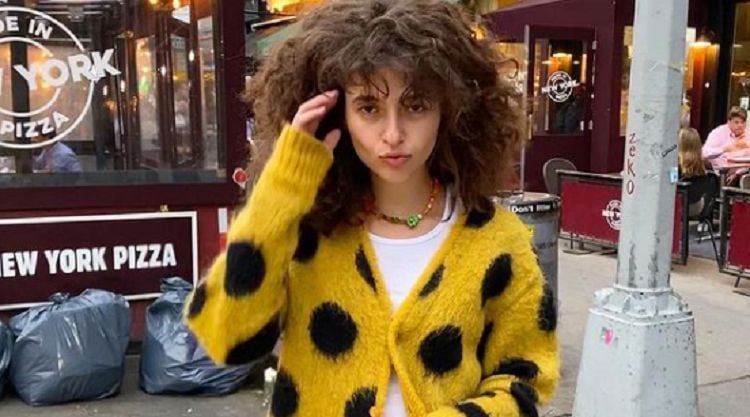 Nina Bloomgarden is a name you may not be too familiar with just yet, but it’s one you should definitely be paying attention to. Although she is relatively new to the professional acting world, Nina is working hard to build a strong foundation for a long-lasting career. Nina has two projects in the works that will likely change the trajectory of her career and help her reach new heights. One project, Jane, is a movie while the other, The Resort, is a TV series. Her roles in both of these projects will introduce her talent to a wider audience, and will hopefully open up more doors for her. Keep reading to learn 10 things you didn’t know about Nina Bloomgarden.

1. Her Grandfather Worked in the Entertainment Industry

Nina isn’t the only person in the Bloomgarden family to pursue a career in the entertainment business. Nina’s grandfather, Kermit Bloomgarden, was a stage producer during the 1940s, 50s, and 60s. Sadly, Kermit passed away in the fall of 1976 when he was 71 years old.

Most people who have seen Nina’s work would probably agree that she’s a natural when it comes to acting. However, she hasn’t gotten this far on natural talent alone. She has also studied her craft extensively. Nina attended the Royal Welsh College of Music and Drama where she studied acting.

Fashion sense isn’t something that everyone has, but Nina isn’t lacking in that department. Nina has a great sense of style and she loves being able to share her personality through her clothing. She likes to get creative with her looks and she doesn’t shy away from experimenting with different colors and patterns. It wouldn’t be too surprising if she ends up doing some modeling.

Nina comes from a very close family and she values the relationships she has with her loved ones. There’s no doubt that their support has been instrumental in her journey to build a successful acting career. When she isn’t busy working, she loves spending time with her family.

5. She Only Has a Handful of On-Screen Credits

At this point in her career, Nina’s acting resume isn’t very extensive. According to her IMDB page, she only has six on-screen credits and that includes the two projects that haven’t been released yet. However, with her talent and work ethic, we know that she won’t have any trouble landing more roles in the future.

If you’re a dog lover, you’ll be excited to know that Nina is too. Based on her Instagram profile, it’s clear that she has an extra special place in her heart for pups. There’s just something indescribable about the bond between dogs and humans. That said, it’s unclear if she has one of her own at the moment.

For the most part, Groundhog Day is one of those holidays that people don’t think about too often. However, it still managed to inspire a movie in 1993. It appears that Nina is a fan of the movie as well as the actual holiday. She has posted an image from the movie several times on Instagram.

Not only has acting given Nina an outlet for her creative talents, but it’s also provided her with lots of opportunities. She has gotten to do a good amount of traveling over the years and there’s a very good chance that she will get to do even more as her career continues to grow.

Having a career in the entertainment industry typically comes with lots of attention. As a result, it can be hard for actors to maintain any kind of privacy. However, Nina has managed to stay pretty low-key so far. She hasn’t revealed any information about her personal life and she seems to enjoy being able to live her life under the radar. This will probably be harder to do as she becomes more well known.

10. She Doesn’t Have a Large Social Media Following

Social media has become a very powerful tool. For people who are looking to break into the entertainment industry, it can be the perfect way to generate a buzz. For those who are already in the industry, having a large social media following can help a person gain access to more opportunities. As of now, Nina has less than 2,500 followers on Instagram. This is another thing that will likely change once she becomes more well known in the industry.