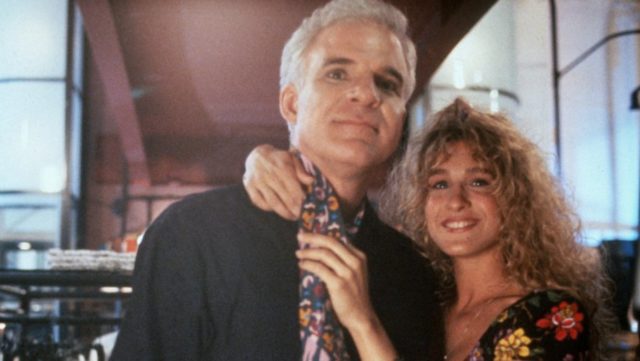 People that don’t know about how life in Hollywood can be are usually those that think that the movies accurately depict the lifestyles of so many in a very truthful manner. If you realize anything in this life however it should be that movies are commonly for entertainment and nothing else, and the truths they give are often embellished upon to great extent. That’s not to say that there’s nothing real about what they depict, but the average person living in Hollywood doesn’t really conform to the ideas that movies give in regards to how things work. The real lifestyles of Hollywood are usually much different from one end of the spectrum to the next. People get by just as well as they can or live high on the hog in Hollywood and despite what people want to think it’s never quite as easy or glamorous as it might seem for so many. Plus it’s not as bad as people make it to be.

The idea of the movies being right about anything is kind of silly since the movies are there to parody various parts of life, Hollywood included. But then again there are films that do show a real side of the industry that’s kind of hard to believe at times but is very, very real. A few of these movies give the right of it and manage to show people just what it’s like in Hollywood and what you might expect if you ever wandered that way. But a few of the others are realistic but just fun for the most part.

Steve Martin seems to be one of the guys that has the feel of Hollywood nailed.

This movie is more like the low-end, grittier side of Hollywood that isn’t quite Indie but is still something many steps removed from the glitz and glamour that many people think about when they picture the bright lights. Bowfinger if for the most part a failed writer/director that always dreamed of making it big and never quite got there. His drive and his passion are great but his ability to produce and direct a major motion picture leave a lot to be desired. When a script comes to him however from one of his people that he thinks shows promise he can’t help but take what little funding he has and try to make a blockbuster that people will love. In the end he achieved his dream, kind of.

When a loan shark gets sent to LA to collect a debt he finds himself falling in love with the whole idea of Hollywood and pitches a story about his own life to a director that he feels might be able to make the story come to life. Through a series of misadventures and a whole lot of scheming the loan shark is able to leave the life and finds himself comfortably ensconced in the glitz and glam of Hollywood which eventually opens up the way to a sequel called Be Cool. The film was kind of forgettable but it showed a lot of grit and the scenery behind the glam that a lot of people don’t seem to want to know about.

Charlie Chaplin was, simply put, a genius. He was one of the many that have never been fully understood by those that have worked with him and was someone that managed to be remembered long after he passed. In fact it seems safe to say that his memory might outlast a lot of us since he’s been immortalized in film and made into a legend both in his own time and in the current era. While stories of his life might be exaggerated as is the norm his inclusion into Hollywood’s elite and his amazing journey to fame and fortune is something that you could look up for yourself if you truly want to know just how brilliant the man was.

The transitions that occur in Hollywood are not always easy. Going from silent pictures to ‘talkies’ was something that a lot of people were astounded by. Most people would flock to talkies however and this left those that were still stuck in the silent film era to wither away and eventually go out of business. When Valentin refused to change with the times he had to declare bankruptcy and lost everything. But eventually the woman that he’d helped to make a star returned and helped to get him back on his feet, proving that an old dog can learn new tricks, especially if he has a bit of help.

Trumbo was based on a true story about a man that was a part of the Communist Party and was on top of the world as one of the highest paid screenwriters in history. But as you might have guessed he was ousted the moment it was found out what he was a part of. He was blacklisted for years and couldn’t even approach a Hollywood studio without being tossed out, until someone decided to take a chance on him and use his writing without mentioning his name. This should be especially poignant for writers in the US. For better or worse, no one has the right to tell you what to write, speak, or even believe.

Hollywood is a mean and vicious place sometimes, but it can be wonderful as well.