Home
Television
Muppet Babies is Coming Back to TV: What We Know so Far 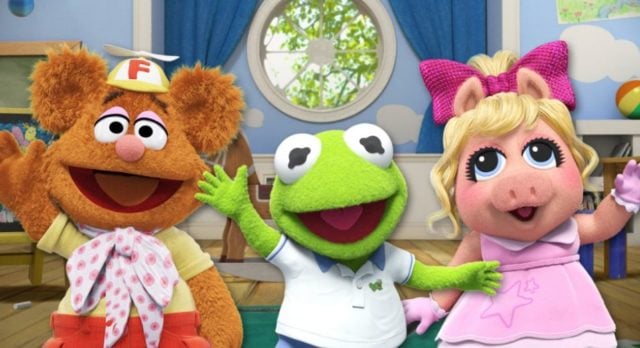 Remember how much fun it was to watch the Muppet Babies when they were still on the air? Well, they’re coming back and this time they’re going to be CG-animated so as to give kids a little something extra special to watch than the traditional animation that was used the first time around. All your favorite characters should be coming back, as well as a few that might only make occasional appearances as happened on the original cartoon. The show will be starting up in early 2018 and will be a part of the Disney Junior lineup.

This show was kind of interesting to watch back in the day since it took all the favorite Muppets and reverse-aged them into babies that rarely, if ever, left the nursery and were therefore required to flex their imaginations on a continual basis in order to have a fun and engaging time. The characters were Kermit, Fozzy, Miss Piggy, Skeeter, Scooter, Gonzo, Rolf, and Animal. Bunson and Meeper would make occasional appearances but would eventually become regulars. The only character that showed up on a constant basis was Nanny, who didn’t have any other name and according to many kids didn’t even have a head since the show only pictured her from the chest down.

The adventures that the Muppet Babies went on were all based out of the nursery and were developed using various toys and other implements that the kids found to work with.  But what they did come up with was usually something so wild and imaginative that they ended up doing about half a show on that one skit. The adventures were often based off of old tales or new stories that featured the babies as the stars, and were usually well-known to kids and adults. Now that Star Wars is owned by Disney it could be possible that we’ll see more Star Wars references in the Muppet Babies, though we did see some in the past.

One of the great things about this show is that it’s not just a lot of fun for kids but it’s also educational in the same manner as many kids shows have been becoming for the last decade or so. There’s been a lot more value placed on actually teaching children than simply entertaining them and keeping them busy, which is a welcome change for parents. It’s still not advised to allow children to watch too much television but it’s comforting knowing that the programming that is there for them is something worthwhile.

There are bound to be those that find their favorite characters right off the bat, I was always an Animal fan really with Fozzy coming in a close second. The great thing is that each character will still have their own distinct personality and as it’s been seen in the original cartoon this tends to drive the point of the story and in many case the morals that are being given with each one.

I for one am going to watch at least an episode or two when it comes out, for nostalgia if nothing else.