Home
Television
Our Kind of People
Our Kind Of People Season 1, Episode 8 “Sistervention” 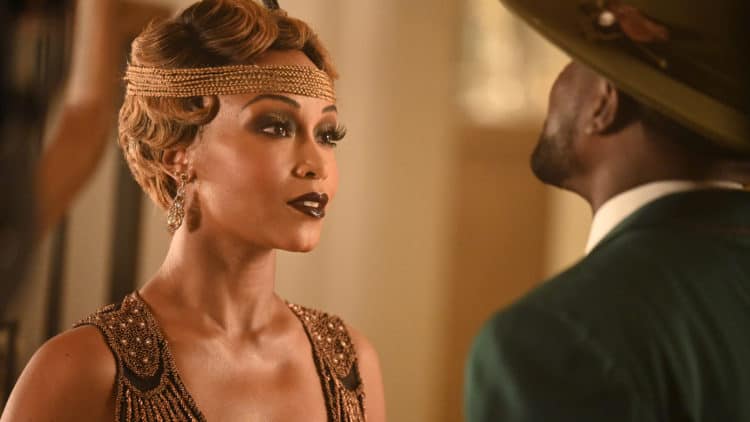 On Our Kind Of People, Episode 7, Teddy’s health was in critical condition and we thought that we were going to lose him. However, this health scare brought Leah and Angela closer together. While unconscious Teddy, had a profound interaction with his deceased brother and he was forced to hold himself accountable for all the bad things he had done.

In Episode 8, Teddy is alive and well. It’s his birthday and like always the Franklin’s are planning a big celebration. After finding out about Raymond’s indiscretions with his ex-wife, Leah kicks him out of the house and tells everyone that he’s away on business. Teddy has a talk with Leah and apologizes for the stress he has been putting her through over the last few weeks.  Leah isn’t the only daughter that he’s anxious to make amends with. Teddy takes the time to officially invite Angela to his birthday party. Meanwhile, Raymond is desperate to get out of the dog house. Raymond tells reminds Leah that she isn’t so innocent herself and that she has lied several times in the past which has contributed to the decline of their relationship. He pays a visit to Jack his old business to get him to sign some papers that will help him take his business back from Teddy.

We never thought the day would come where we would see Angela and Leah would actually like each other. The sisters are slowly but surely building a tight bond. Angela popped on Leah at her office and encourages her to ditch work and take a much-needed break. Angela forces Leah out of her office, insisting on a “sistervention”. The ladies end up poolside, taking shots and talking about their relationship issues. Jack manages to catch Leah alone at the pool and apologizes for kissing her in the second episode. But he’s not really apologetic because he admits that he’s always had feelings for her and he slips her his hotel key.

Romance is brewing between Quincy and Salaone of the house staff member’s daughter. They have a brief conversation about Quincy’s plan for the summer. Raymond gets an angry call from Teddy. Raymond promises Teddy that he’s going to take back his company and push him out of his marriage once and for all. Nikki is spending as much quality  as she can with her dad. Nathan is enjoying every minute of it. Nathan asks Nikki to go shopping with him and find a nice outfit for Teddy’s party. While out shopping, Nathan experiences PTSD when he witnesses two officers appearing to look in his direction. In a panic, he gives Nikki the number to his lawyer just in case he’s arrested. This experience is just as traumatic for Nikki as it is for Nathan. Tyrique finally pays Teddy a visit now that he’s out the hospital. Tyrique believes that he is partially responsible for Teddy’s heart attack and offers a sincere apology. Teddy assures Tyrique that it wasn’t his fault and that he was wrong for keeping the truth about his father’s death from him. They hug and make up.

At Teddy’s Harlem Renaissance themed birthday party, Nikki avoids Nathan. Angela tries to get Tyrique to talk about his feelings regarding his dad’s death but he keeps deflecting. Leah seeks out Angela for some advice and she reveals that she could have gotten back at Raymond by sleeping with Jack but she didn’t. Angela reminds Leah that the only way to truly repair a marriage is to be honest. Leah takes Angela advice. Towards the end of the show we finally see her and Raymond make up.

After the party, Raymond pays Jack a visit, hoping to retrieve the papers that he threatened him to sign earlier in the episode. Jack tells Raymond that he received a better offer from Teddy and sold his portion of the business to the old man. Jack also makes it clear that he’s interested in Leah and plans on pursuing her. To say that Raymond was livid would be an understatement. Raymond punches him right in the face.

Lauren finds a hotel room key in Leah’s car. Curious, she calls the hotel and finds out that the hotel room belongs to Jack Hammond. After talking to Nikki, Angela offers Nate a room in their home. Nate insists that he doesn’t want to take any handouts but Angela reminds him that he’s doing exactly that by staying at Franklin’s residence. Later on, Tyrique pops up at Angela’s house pissy drunk. Angela tries to reason with Tyrique and tells him that he’s not in his right mind. Tyrique leaves the house, angrily claiming that “it’s not worth it”.