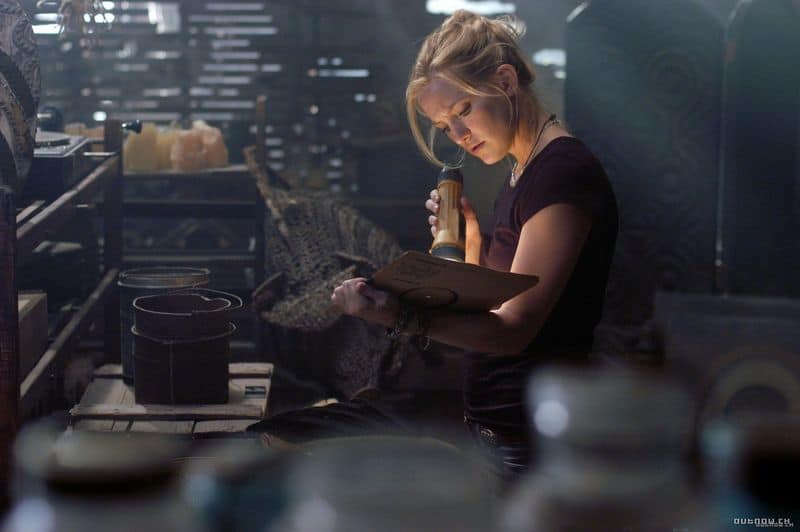 Quite a few people get voodoo, or Vodou, and hoodoo mixed up since they tend to think that they’re one and the same. One big difference is that Vodou is a religion, while hoodoo is the practice of folk magic that is meant to have an effect on whoever or whatever it’s cast upon. In essence, Vodou does not deal with the application of the magical properties that hoodoo is said to have, but since it’s unknown to a lot of folks, the general consensus is that they must be the same. The truth however is that while one is a religion and one is not, they can both be observed and practiced by just about anyone, and the passing of traditions tends to mix between one culture and another. Some might want to say that a couple of the entries on this list have nothing to do with Vodou, voodoo, or hoodoo, but if the latter is considered to be folk magic, then there is a common root that all such practices can be boiled down to eventually, and the fact that it’s practiced in other cultures and with slightly different methods matters only to those that are incapable of accepting the truth, that all religions and magical practices started somewhere, and they’ve all mingled with one another at one time or another throughout history.  Here are a few movies that have used voodoo, Vodou, or hoodoo.

This is a movie that might cause a bit of a debate when it comes to whether this would be the same as hoodoo since the individual using the magic isn’t from Haiti or Africa, but is a gypsy instead. But the principles of this are still roughly the same since he touches the individuals he means to curse and speaks a single word, letting the magic take hold as those who were responsible for killing his daughter and covering it up were punished in rather gruesome ways. By the end of the movie the resilience and will of the remaining survivor proves to be too much, and the old man takes the curse off, but with the caveat that the individual must find another person to transfer the curse to. Oh yes, it gets savage.

Hoodoo is pretty much how Chucky came to be since otherwise, one might be able to call it demonic possession given that the killer who was implanting his soul into the doll would go on to terrorize a young boy and his mother might have been far less patient. While I’m still of the mind that this story should have started and ended with the first movie, it’s almost a sure bet that something else would have come along and might have been a lot worse than anything that’s come from the story of Chucky. What it might have been is tough to say, but Child’s Play has been a fan favorite for decades now.

3. The Serpent and the Rainbow

The whole idea of someone trying to bring a drug that could turn people into zombies and mass-produce it is pretty scary, but then a lot of people might go ahead and state that such things might already exist, but apart from conspiracy theories it’s fair to say that such a thing is a creepy story and nothing else. Many people have commented on this movie over the years and found it to be uniquely creepy, not to mention that other things have been said about it that might, in this current era, be enough to make a person roll their eyes as they remember that everyone sees things differently.

There’s something about a movie that’s set in an older home, on the bayou, and in Louisiana, that kind of grabs at the attention of many people when it comes to the thought of horror. The movie feels underrated however since the truth is that it’s fairly terrifying to think that two people took to jumping from one body to the next over the years and felt comfortable enough to tell the story of how they died while speaking of themselves as the victims. But then again, villains in horror movies aren’t exactly known to be all that humble or capable of stating that they’re the problem. The most interesting thing about this movie is the fact that the victims needed to believe in hoodoo before they could fall under the spell.

Despite not getting great reviews from the critics, Spell is still one of those movies that one can’t help but think is insanely creepy but could have wowed people with just a couple of different moments that were shaped differently. All the same, the movie did manage to creep a lot of people out since the idea of being helpless due to something you might have never believed in before is being used against you.

Remember, voodoo or Vodou is about religion, hoodoo is what Hollywood tends to enjoy using repeatedly.