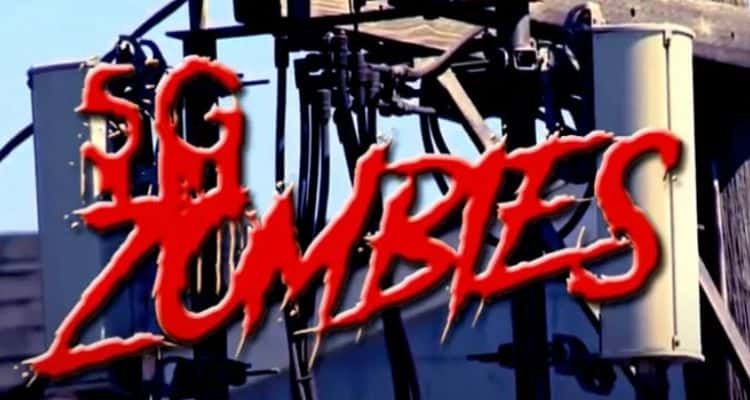 It could be said that with new technology there are a lot of people that are going to be worried that something will go wrong, that there will be complications that might arise from its use. Of course a lot of this is conjecture and leads to views such as the one that brought the 5G Zombies movie to being, which of course would have to play off of fictional fears of what 5G might do to the human brain and therefore the human body as a result. Kevin Burwick of MovieWeb has more to say on this matter. Much like the story Cell by Stephen King this movie is likely seeking to play on the fear that one day our devices will end up taking over our minds and turning us into brain dead zombies. The only question is, would those zombies still be as hungry for flesh as has happened with any other movie zombie that’s ever come along? Well I shouldn’t say that really since the movie Cell with John Cusack and Samuel L. Jackson showed that not all zombies are made the same, much as this movie might. If that’s the case then the zombies won’t really be out to rip people limb from limb, they’d be out to infect others as much as possible to add to the network, which isn’t really any less terrifying since it does bring to mind a very real form of slavery that’s been happening in society for quite some time as our eyes are drawn more and more to the digital network and our attention is taken from the world around us to focus on the world that we’ve created, or perhaps a world that’s always been there but we’ve started to discover in a much more profound way.

The zombie apocalypse is something that many people absolutely fear since there are so many ways that it could possibly happen, in long, drawn-out theory since much of a zombie movie is taken from fictional thinking that, even from a scientific standpoint, is still hard to fathom given that once the body is dead it should typically cease moving. Megan Gannon of Live Science has a lot to offer on this subject as it pertains to zombies and how they mesh with reality, which is to say they don’t since every movie or show that features them has to come up with a fictional delivery system for the virus that turns people into the mindless, shambling husks they become. It’s funny really how some zombie movies go about making their monsters, since in some movies they amble about, bumping into just about anything, and are basically brain dead unless they discover something that could be food. But that kind of begs the question why zombies don’t try snacking on each other if they run into just about anything, or why they don’t attack whatever they bump into. Of course someone would likely say they ‘smell’ the living or are able to detect the living by some other manner, which makes sense from a fictional standpoint, but not so much from a biological one.

In movies like this however, much as in the aforementioned Cell, there’s likely a pulse that connects the zombies and keeps them secured to a network via a connection in the brain that would link them all in some unseen way, thereby weeding out the infected from the uninfected. Creepy as that sounds it’s a useful story hook since when a person stops and thinks how much we’re really ruled by our devices these days it’s easy to think that all it would take is some mind-altering pulse that would somehow ‘link’ a person to the network. Of course as many biologists and neurologists would likely say, after laughing themselves silly, it’s not entirely possible as it would require something that would shut the entire brain down save for that one area that could be easily controlled and therefore isolated in a way that is kind of hard to believe. I don’t want to be one of those that bashes or dashes the fun out of a zombie movie, far from it, but the idea of 5G simply wiping away certain functions of the brain in favor leaving the most simplistic parts behind to be guided by some unseen force is kind of, well, silly. It has a lot of potential since it is a running commentary on how dependent people are on their devices and the technology that they use on a day to day basis. Does anyone even remember what it was like to pick up a book or a newspaper these days?

The real horror of a zombie movie, any zombie movie really, comes from the unknown component that turns the people into zombies, and since a lot of people don’t know that much about 5G yet (I looked it up and it’s still a little confusing but not impossible to understand) it could easily work.