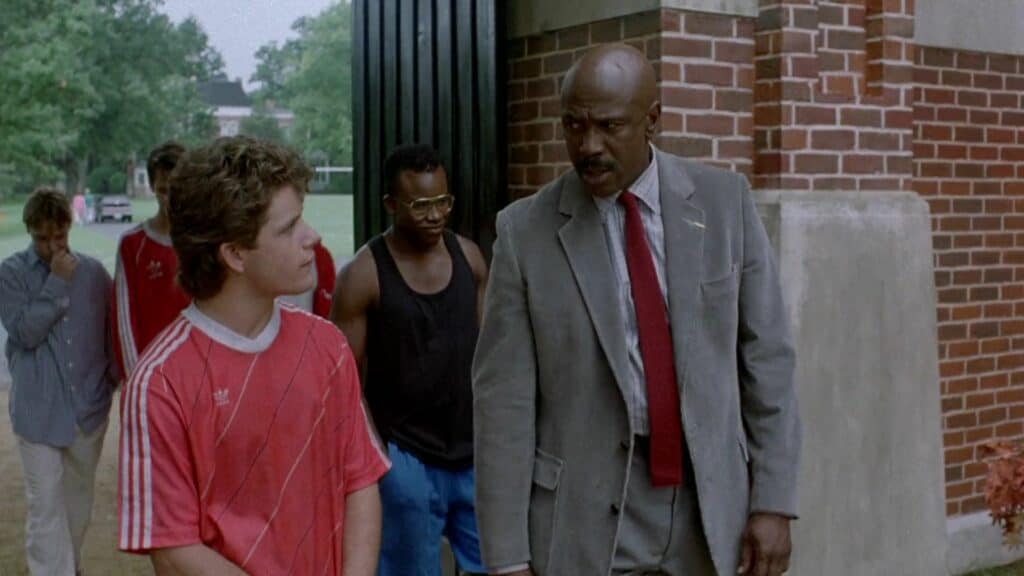 I’m willing to bet that a lot of people might think of the Tommy Lee Jones-driven kids movie when they hear the title ‘Toy Soldiers‘ since this gem starring Sean Astin, Louis Gossett Jr., and several other stars back in the day probably isn’t at the top of their personal favorites. It might be when it comes to some folks, but it’s easy to think of why it wouldn’t be for many others simply because it is kind of a dated movie and it has been a while since it was released. But all the same, it’s one of those that could end up surprising people if someone ever takes a look and figures that it could stand to be rebooted. It might even be nice if some of the actors, those that are up for it anyway, would come in and either take starring roles or maybe stick around for a cameo. It’s kind of ironic when reboots really became popular that some of us, including myself, were definitely against it. While it’s still not the perfect solution to bringing back great movies, it does have some appeal when it comes to reviving movies that could use another chance.

The story is pretty easy to understand since it focuses on a prep school that’s supposedly for bad boys but is an upscale institution that just so happens to house a number of problem kids whose parents can afford to send them to the school. Unfortunately for some of them, it’s also the last chance since they’ve been expelled from other schools. Billy Tepper, played by Sean Astin, is one of the more skilled but troublesome individuals and is constantly under the watchful eye of Dean Parker, played by Louis Gossett Jr., who as usual plays a stern but caring individual that tends to be the type that does show that he’s invested in the education and well-being of his students, but isn’t about to take any grief from them. That’s about the type of role that a lot of people might attribute to Gossett Jr. since it’s one that he plays well.

Getting to the movie though, when a drug kingpin’s son invades the school looking for the son of the judge that is presiding over his father’s court case to gain leverage to ensure his father’s release. The kicker is that the guy doesn’t realize that the kid he’s after has already been taken into protective custody along with his family. Luis, the guy in charge, takes the school hostage after learning that there are plenty of other kids that have very influential parents that he could use to his advantage. The only thing is, he doesn’t realize just how crafty some of these kids are and how much trouble they can make for him in a very short amount of time. Billy and his pals know the school inside and out since being the troublemakers they are, they’ve mapped the entire place as much as possible and know how to get in and out of the school without being detected. Dean Parker is well aware of these different ins and outs as well, and after being released along with several other faculty members he comes to realize that Billy is one of the best chances that anyone in the school has of getting out alive.

As one of the many movies in the early 90s, this story does have the disadvantage of being looked over for a number of reasons, one being that it does have several good actors in it, but the whole attachment to a drug kingpin, taking kids hostage, and many other factors, despite still being used to this day, weren’t exactly the hit-making devices they used to be. Later on in the 90s, this would come around again, but by then, Toy Soldiers was kind of a faded memory. The careers of those in this movie went different ways as several of the actors saw continued success throughout the 90s, while others would kind of fade out after a while. Sean Astin has been keeping a rather impressive profile over the years, as his movie, Encino Man, would come out the following year, and one of his greatest achievements, Rudy, would come out the year after that.

Toy Soldiers might not have been impressive by today’s standards, but it’s fair to think that with a little work and a lot of updating that it might be able to survive the reboot process and become something that kids and adults might think is pretty interesting. The whole idea of taking over the school might need a bit of work since some people might get offended ( boo hoo) and others might want to see the story told in another way. But when all is said and done it could be a movie that might fare quite well with a reboot.