Home
Movies
Comedy
Movies That Need a Reboot: Throw Momma from the Train 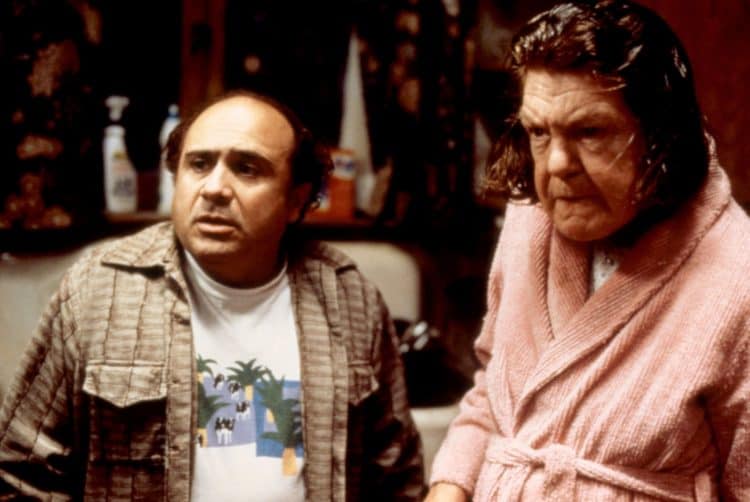 How many people remember this movie? It’s likely that a lot of people that watched it still recall how funny it was since Billy Crystal, Danny DeVito, and the late, great Anne Ramsey were the perfect trio to make it work. Ramsey played the cantankerous Mrs. Lift, who was the bane of her son’s existence at times but was still his mother throughout it all. DeVito plays the part of Owen and Billy took on the role of Larry, an author who teaches a writing course, which introduces him to Owen, who is one of his students. The hilarity of this movie is that it hinges around the idea that Owen has after watching an Alfred Hitchcock movie, Strangers on a Train. He comes up with the same idea as he brings this to Larry, who has a spiteful ex-wife that he has nothing but disdain for and would love to see dead, or at least he says he would. This is a dangerous thing to say around certain people, since the moment Owen mentions to Larry that he’ll kill his wife if Larry kills his mother, Larry is immediately against the idea.

The fact that Larry warms to the idea after a while but still isn’t committed is made clear when it becomes a possibility that Owen might have pushed Larry’s ex-wife off of a cruise ship. But when Larry can’t bring himself to kill Owen’s mother, no matter how horrible she is throughout the movie, Owen decides that he wants his mother alive, and Larry is kind of left to fend for himself after he ends up being the one tossed from the train, courtesy of a hefty kick from Mrs. Lift. It’s ironic in a way since the entire movie is building up to that one moment, and when it comes Owen can’t help but treasure the one person that he’d rather see six feet under.

Rebooting this movie feels like it wouldn’t be much of a going concern for a lot of filmmakers since it might be considered to be just fine as it is. But when looking at how many other movies might have been just fine as they were, one can’t help but think that other movies might be given a bit of respect by taking their premises and reworking them into a more modern appearance. One thing that has to be said is that replacing the main actors isn’t entirely possible since Billy Crystal, Danny DeVito, and Anne Ramsey nailed their parts in such a way that thinking that anyone could do better is kind of an insult. But thinking that another cast could be brought on to tell the same story in a slightly different manner feels like it could be kind of interesting to see, though finding someone to take on the same role as Ramsey would be tough since she was a one of a kind type of actress who definitely personified the cranky old lady that rarely ever smiled, and was still kind of scary when she did. I’ve got nothing but respect for Ramsey since she was absolutely great, but finding someone that could do as good of a job is kind of hard to think is possible.

The story is simple enough that it could be produced without too much difficulty if any, since it’s a pleasing comedy that gets a little dark and definitely dramatic, but is still enjoyable since it blends the various elements in a way that allows the audience to enjoy each one as they flow into each other. It’s actually pretty laid back despite the main point of the movie and the kind of manic feeling that emerges when Owen thinks of his mother and Larry thinks of his ex-wife. There might be a lot of people that would say to leave this movie alone, but there’s likely to be just as many that might agree that it could be something that would be smart to bring into the current era since a few decades later this movie might actually be kind of fun to revisit. One thing that’s clear is that it shouldn’t be a series, since this is a cut and dried story idea that needs to be filmed from start to finish without any need to develop a side story. The sad thing is that this is what the movie might come down to if anyone had the idea to remake it.

Like many stories, it’s never certain if this one will gain the attention of someone that’s in the mood to see what they can do with an older movie, but it would be intriguing all the same since it could be one of those that people might like to see brought back for a short time just to see how it would do. It would even be great to see DeVito and Crystal appear at some point if that could be worked out.