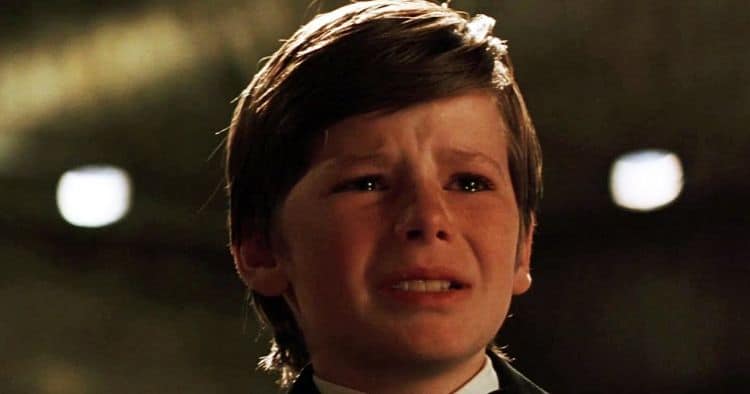 It’s frustrating, isn’t it, to realize that there are a lot of movies out there that would be ruined if the directors and writers were to use common sense to solve the easiest of problems? Don’t go down that dark alley where people have been murdered, don’t stay near that lake where so many people have disappeared, don’t do this, or that, or any of the other things that might cause conflict. Of course if lead characters did these things we wouldn’t have the movies we do, and it’s possible that some of the greatest stories told would never exist. But it’s still a little frustrating to think that there are those moments in movies when you feel like pulling your hair out thanks to what the lead characters are doing and how ridiculous or foolish it feels. Normally these kind of things happen fairly soon into the movie and they’re largely frustrating since many of them would earn a full-on Gibbs slap from any caring and rational-thinking person in the real world simply because the lesson learned would be one that could be learned the hard way or gleaned from a moment of introspection and common sense that would tell a person just what might happen based on the laws of physics and cause and effect.

Sometimes you’ve got to take the movies with a big grain of salt since the suspension of belief is part of how they exist in the first place, and we tend to love them for that reason.

Dr. Alan Grant made it clear that he wasn’t going to endorse John Hammond’s park in the first movie, he was entirely absent the second movie, and he was adamant about not going back for the third. Yet when someone made him an offer he couldn’t refuse, and offer that turned out to be entirely bogus to be fair, he was on that plane and on his way to another island for another round with the engineered monsters that vaguely resembled dinosaurs but were in actuality very different from what we’ve been told the real things were like. Of course he’s not the problem, it’s the moronic stepdad that wanted to go parasailing near a notably dangerous area to spend some quality time with his stepson. So if not for this massive parenting fail this movie wouldn’t have been necessary.

For such a brilliant individual Stephen Strange did a few very dumb things and apart from his arrogance, his ignorance of the laws of physics and what happens when a human being with average reaction time attempts to operate a motor vehicle while doing multiple other things is kind of astounding. Added onto that the fact that he thinks so highly of himself and is kind of a jerk throughout the first part of the movie and it’s very hard to sympathize with him since he really brought his initial condition on himself when all is said and done. It’s bad enough to text when you’re driving, but who in the world would think that it’s a good idea to speed down a winding road while looking at detailed medical information? Feeling sorry for this guy was kind of tough since really he did it to himself. Had he been driving like a sane person this movie would have ended quickly.

Hey, kids get afraid of stuff, and perhaps the show that the Wayne’s were watching was a bit too much for him. But take the kid out to the lobby, get him something to drink, have him go the bathroom, something. Not only would it be a mild inconvenience for everyone, but it would have allowed his parents’ killer to simply walk on or get bored of waiting and just move along. Of course if you’re going by the latest Joker movie it might not have mattered, but the dark knight might have never been born had the Wayne’s managed to finish the show after giving young Bruce a break from whatever part was scaring him.

It’s all good when you want to be a good person and let in two young women that are apparently lost, but it’s we also live in a world where simply letting strangers into your home isn’t as safe as it sounds. Plus, if they feel the need to dry off, give them a towel, don’t let them use the bathroom. And then, if they try to seduce you by getting naked, it’s just time to go. Keanu is a fit individual and they’re two young women that might be fit but aren’t about to overpower him. So really, not letting them in might have only escalated things, but locking the doors and calling the cops if they bothered to escalate would have been a good idea. There’s no way not to feel awkward about saying “just don’t trust the young women” when it comes to this one, but the National Post might agree with the stance.

How simple is this one, really? An escape pod launches from a ship that you JUST INTERCEPTED. It might sound like I’m saying “Go Empire” but in reality if the commander had ordered the pod blasted out of space it would have meant the end of the Rebellion in a hurry since R2-D2 had the plans, Luke had no idea what was going on, Han Solo and Chewie would have still been hanging out in Mos Eisley, Old Ben would have been hanging around the desert, and the Empire would have only tightened their grip a little more since Princess Leia would have likely been executed. It might not have been game over, but it would have been a hard snag to work around.

Simple solutions to moronic behavior could definitely ruin a lot of great movies.