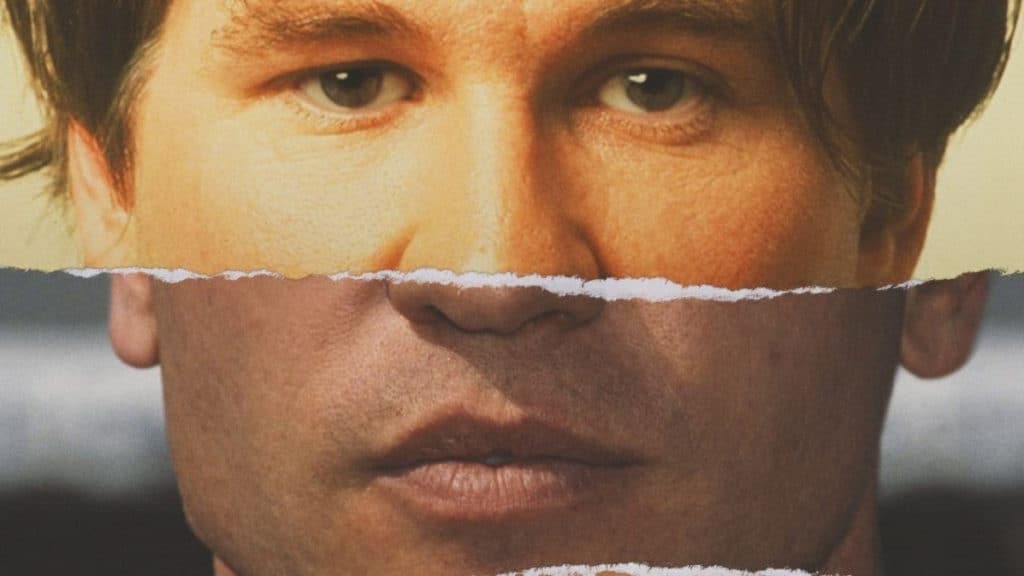 There are a lot of things that can be said about Val Kilmer and by extension a lot of things that can be said about this documentary and what he’s been like as an actor for so many years. Many people, including myself, have thought of him as difficult, and reports have come in that he’s tough to work with. The dispute isn’t that he’s easy to work with, but that he’s a perfectionist, and as such enjoys getting things the way he feels they need to be in order to express himself to the fullest. But the trick is that he’s a great actor who has always wanted his greatness to be expressed in a manner that he feels is as complete as it can be.  This documentary, ‘Val’, as narrated by his son, has become a project that showcases Kilmer’s career, his life, and how he’s been looking at things for so long. It’s not perfect and it’s not bound to be the absolute best way to represent who he is, since only living his life would be the way to really get into this frame of mind. But all the same, this story is one that has likely gripped many people.

The story being told in this documentary almost feels like one that might be a tale of vanity, but once a person pushes past that idea and keeps watching it becomes easier to see that there’s a person behind the Hollywood star that Kilmer eventually became. That person is a very deep and inspired individual that has suffered loss in his life, that knows the pain of losing someone close to him, and what it means to work until their mind is about to snap. Kilmer has a reputation for a few things, one of those being hard to work with. But the reasoning behind this, even if some don’t want to accept it, is that he wants to give his best at all times, and like those who are in the business for more than the money, they want to tell a story that people will remember.

It’s true, he’s been difficult at times as this documentary shows, and it’s even fair to say that there are times that Kilmer might have been better off backing down in the face of whatever challenge that was tossed in front of him. But like so many that are into creating something, be it through acting, writing, or otherwise, it’s tough to completely stop the process once a person is rolling. Kilmer has been rolling ever since he was a kid according to this documentary, and while some might have felt he was a bit off at times and didn’t always respect the needs of others to be filmed or not, this almost appears to be a documentary by someone that understands how fleeting time is and how recording so much of one’s life is a great way to give it a different level of meaning through the various interactions one can have while on-screen or on stage. In short, it almost feels as though Kilmer knew that any day could be the last, and decided to record everything he could in order to preserve his life in a way that might inspire others.

That’s a fanciful way of putting it really, but he managed to include quite a few of his thoughts, dreams, hopes, and the reactions of others into his life and therefore helped to continue to immortalize various individuals that have shared this journey with him in some way. One can’t help but think that there are still parts of this documentary that are geared toward showing how great Kilmer has been in a rather vain attempt to showcase his talents and his fame, but the mercurial nature of the feature is intriguing since the truth is that vanity is bound to be a trait that many Hollywood stars will share from time to time, but those that are able to slip the leash of Hollywood now and again, like Kilmer, are those that aren’t entirely defined by their time in the spotlight, but by what they do with it and who they show themselves to be when the light is no longer shining on them.

Ever since losing his voice, or at least losing the voice that many remember, Kilmer has been someone that quite a few people have left behind and relegated to memory. This documentary shows that Val Kilmer isn’t dead, and he’s not broken or beaten down. His mind is still active, and while his body is a bit worn down he’s not ready to give up. Calling him heroic might be a stretch, but calling him an inspiration would be both accurate and comforting. He’s a legend in his own time, and he did earn the title, difficult or no.