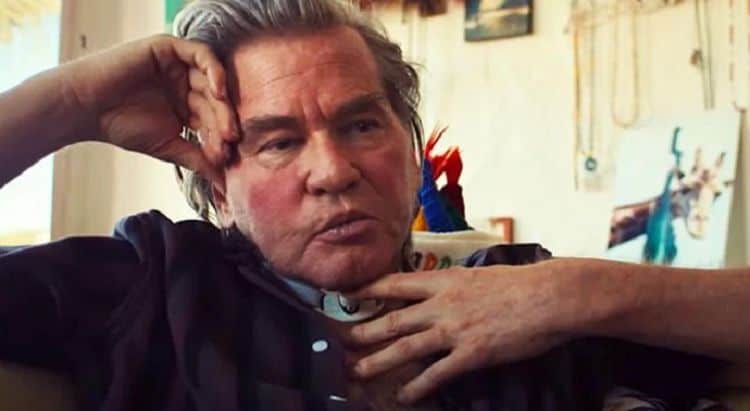 Communication is absolutely important when it comes to human beings, and a communication breakdown can keep people from being understood in a very big way. Val Kilmer, who found his voice ruined after a bout with throat cancer, has been seen as one of the most interesting actors throughout the years and has also been noted as one of those that has enchanted and impressed many people with his looks, his acting, and his voice. When he lost the latter it appeared as though he might have lost just about everything, but while many people remember him quite easily, Sonantic has helped him to retrieve that which he lost, which has been one way that he’s been defined for so many years. How far he’ll go with this is difficult to say but if he can use this professionally then it’s possible that he might be able to get back on screen and do his thing once again since it would appear that he’s far from done when it comes to acting. It’s still intriguing to think of how effective he might be given that it’s bound to take time and effort to make this work, but he appears determined to keep pushing.

Some have taken to calling Kilmer a misunderstood actor and to be fair he might have been at one time but over the years it’s been easier to state that he’s been underrated given that he’s starred in a number of different movies that have allowed him to experience a wide variety of roles that go from one extreme to the next. If there’s anything else to say about this it’s that he’s been placed in great movies and he’s been placed in mediocre to horrible movies since there’s been nothing wrong with his acting, but there’s been something lacking with a few of the movies he decided to take part in. The Island of Dr. Moreau was one of them since he did play a seriously deranged individual that kept sliding down the slippery slope to madness, but he did it in a way that was inspired.

But there’s no doubt that his voice has been a big part of his roles since as Montgomery he was smooth and definitely rational enough to be understood at first, but once things really started going to hell he managed to become the madman that was almost begging to be put down. His role in Tombstone as Doc Holiday was perfect as well since he took on the southern charm coupled with the slur of an intelligent drunkard that caught the attention of so many individuals that he’s become a cinematic legend. People will argue over and over if the same can be said for his Batman role since some people liked it and others thought it was horrible. But there are other movies he’s starred in that managed to test his range, such as The Saint, where he had to take on several different roles within the movie as a spy seeking to get paid and depose a crooked politician. Kilmer’s facial features are easy to point out of a crowd, but his voice is a big part of what’s made his career over the years since he’s a very skilled actor that knows how to use the talents he has.

The news that Kilmer had throat cancer was a devastating blow no doubt since surviving it was a great show of fortitude, but losing his voice was hard since not only did cancer ravage him in a couple of different ways, it took something that helped people identify with him and enjoy what he had to offer. A lot of people might simply walk away from this tragedy and might even just give up. Kilmer, who has been documenting his life for years apparently, wasn’t ready to take that route and has done whatever it took to make himself stand out to the fans, who didn’t need a lot of prompting to keep him in mind and hope that he might return on day. Whether that’s sooner or later at this point is tough to say since while it does sound as though Sonantic is doing wonders for his voice when it comes recreating, one has to wonder when Kilmer will be fully ready to try it out.

An actor’s voice is a lot more important than people tend to think sometimes since it not only identifies who they are but is part of why people come to love them in the first place. Imagine if stars such as Morgan Freeman or Brad Pitt lost their voice. People would still care about them, but part of the reason they’re popular would be gone. It’s the same way with Kilmer, the guy is still a great actor, but with his voice back, in a way, it will hopefully bring him back to a more prominent position.