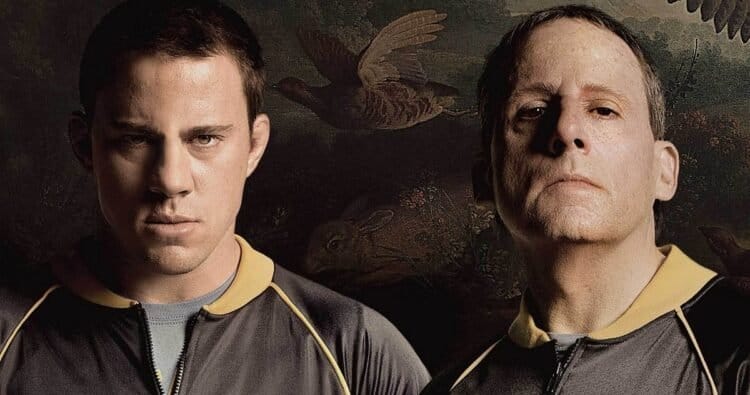 Out of the many movies that come to life thanks to the real-life events that inspired them, Foxcatcher is one of those that’s bound to make a person uncomfortable since the roles of the protagonists and antagonists are set, but they’re not quite as simple as they appear most times. Based on the real-life account of John. E. du Pont and the Schultz brothers, Mark and Dave, this story details how du Pont brought the brothers to his estate to train them in wrestling after he took an interest in the sport of amateur wrestling. Steve Carell plays a very convincing role as du Pont, while Channing Tatum and Mark Ruffalo took on the roles of the brothers. After watching one documentary or another, or reading up on the true story, it’s not too hard to determine that the movie does manage to deviate more than a little bit while taking on the feel and overall weirdness of this tale. The account of Team Foxcatcher is true enough since it did happen, and John du Pont was a real person, and many things in the movie did happen, but perhaps not quite the same as they’re seen to happen in real life.

For instance, it’s been pointed out that Mark and Dave weren’t at du Pont’s site at the same time, though Dave was highly prized by du Pont, who appears as kind of a strange individual that has a tough time relating to other people and tends to mimic those around him to fit in. This doesn’t work quite as well as he might like, but those that are being paid to come and train at his facility tend to give him a lot of leeway when it comes to making him feel accepted. Carell makes the character stand out quite a bit as an oddball, but if the documentary that’s been seen on Netflix is anything to go by, du Pont was by and large kind of a pitiable individual since he didn’t have a great childhood and being raised by a mother that saw wrestling as one of the ‘low’ sports probably didn’t help.

Not that everything can be laid at his mother’s feet, since she appears to have had her own issues, which no doubt were passed onto her son at some point. The fact that his father wasn’t around, and that du Pont had to struggle to get by in his own manner, didn’t do the guy a lot of favors. This explains a lot but doesn’t excuse the fact that du Pont was a very strange man that did his best to fit in, but was as awkward as anyone could be and was often built up because he was footing the bill and because the men that wrestled for his team wanted to keep him happy. But as the movie shows and the documentary testifies to, du Pont was a very disturbed individual and it was more than a little awkward for those that had to deal with him and try to anticipate his moods and his mannerisms. His aloof and almost negligent manner in the movie toward Mark, even though he was seen to build him up, kind of, makes it clear that du Pont knew how to play games with people, but he didn’t know how to play the game well enough to be convincing.

There was always an awkward feeling there it would appear, something that kept him from being able to fully integrate himself into the team that he’d started and that he had paid for. That’s one of the worst things about the movie, and the most awkward to be fair since du Pont could have paid for the entire thing and been the guy in the background that was given the thanks and the praise for starting things up. But he wanted glory, and he wanted attention, and he paid well to get both, as the documentary would make clear. Out of all the many stories that have been released to the public over the years, this stands out as one of the strangest since what du Pont did and what came of it didn’t make a lot of sense given that he had everything he’d wanted, and he had a great dynasty in the making.

But he threw it away by shooting his best asset, the man that had helped him to gain so much. Somehow, du Pont wasn’t satisfied with what his money had bought at some point, and he decided to ruin it all. Figuring out a man like du Pont wasn’t easy in real life, and Carell made it clear that he wasn’t going to make it any easier in the movie. But when all was said and done, this still goes down as one of the strangest stories in the history of the US.