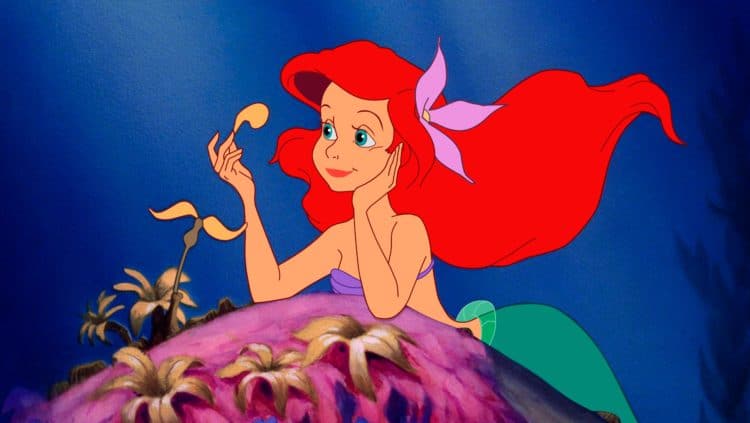 The 1980s was a great decade for a lot of things, and Disney movies were no exception. Over the course of the 80s, Disney released more than a dozen movies, and many of them have provided us with moments that people still talk about today. While it’s true that not all of these movies have aged well in their entirety, they’ve all gone on to play a special role in the hearts of Disney fans of all ages. Even if you weren’t around during the 80s, there’s a very good chance that you’ve seen (and remember) at least one of these iconic moments from Disney movies. Keep reading to see our list of the 10 most iconic Disney movie moments of the 80s.

10. Kids Almost Get Eaten – Honey, I Shrunk the Kids

Honey, I Shrunk the Kids was full of awesome moments, but one of the most memorable involves a scene where one of the Szalinski kids is almost eaten by their father after falling into a bowl of cereal. Lucky, he is saved by the family dog who bites his father’s ankle which distracts him long enough to realize he’s about to eat his own son.

The 1981 movie Condorman centers around a cartoonist who always dreamed of becoming a superhero. His dream partially comes true after he is hired by the CIA. One of the most memorable scenes of the movie involves a moment when Condorman reveals his massive wings and starts flying. Since technology has come a very long way since the movie was released, this scene looks pretty cheesy now, but there was a time where those wings were cool.

The Brave Little Toaster is easily one of the most memorable Disney movies of the 1980s, and it’s easy to see why. The film is adorable and anyone who saw it as a kid will always remember the moment the appliances came to life and how they continued to steal the show.

7. Abandoned Fox – The Fox and The Hound

Many people will probably agree that The Fox and The Hound doesn’t get nearly as much credit as it deserves. The movie is great and it knows just how to tug on people’s heartstrings. Although there are lots of moments in the film that stand out, one of the most unforgettable is the scene in which the old woman abandons the fox. Although he thinks they are simply going out for a nice afternoon drive, he is shocked when he realizes that he is being left in the woods.

Loosely based on Charles Dickens’ novel Oliver Twist, Oliver and Company is a cartoon musical in which all of the characters are played by animals. There are lots of great songs in the film, but one of the best is “Perfect Ain’t Easy”. Not only is the song great, but the visuals fun to watch.

Popeye was first introduced to the world in a comic strip back in 1929. Over the years, the character has appeared in TV shows and plays. However, his only live-action film appearance was in the 1980 movie Popeye where he was played by Robin Williams. For many people, just seeing Popeye depicted by a real person was a memorable moment. The fact that the person playing the character was Robin Williams just makes it even better.

The 1983 movie Running Brave may not be that widely known by today’s standards, but it received lots of praise at the time of its release. The film told the story of track and field star Billy Mills who is part of the Oglala Sioux Tribe. After leaving the reservation for college, Billy went on to win a gold medal in the 1964 Olympics. Winning a gold medal is always a big deal, but it was especially powerful in this case because Billy was the underdog in everyone’s eyes.

The 1985 movie The Black Cauldron is a little on the dark side and it wasn’t a success at the box office upon its release. Over time, however, the movie has gained somewhat of a cult following. One of the best parts of the movie is when the horned king appears on-screen. Even as an adult, you might still find this scene a little creepy.

Honey, I Shrunk the Kids is one of those movies that hooked people before it even started. The intro to the movie is memorable because it’s just as cute as it is terrifying. A sequence that shows small children almost being crushed repeatedly by large letters is something that lots of people probably won’t ever forget.

1. Ariel Gets Legs – The Little Mermaid

The Little Mermaid is easily one of the most popular Disney movies of all time. As a result, there are lots of things about it that are unforgettable. However, one of the most memorable moments is the one in which Ariel gets feet and attempts to walk for the first time.