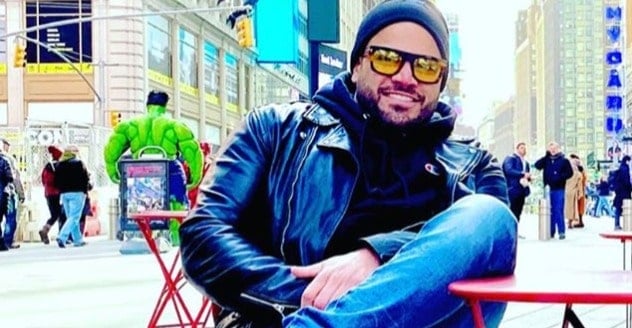 Many people know Mike Shouhed as Mike from the reality TV show “Shahs of Sunset, “which debuted in March 2012. He rose to fame through being a cast member on the reality show. Mike has an attractive physique; he stands at five feet and four inches tall with brown-colored eyes and naturally black-colored hair. These physical attributes make Mike an instant heartthrob, but unfortunately, for those who might be interested, he already has a girlfriend. Below is a list of ten more facts to enlighten a little more about the celebrity.

Shouhed was born in Tehran, Iran, to Iranian parents, and therefore, holds Iranian citizenship by birth. At just one month of age, his family immigrated to the United States in an attempt to flee the havoc that was brought about by the Iranian revolution. Since he is of Persian-American descent, he qualified to be an American citizen.

Shouhed and Jessica met on the reality show, “Shahs of Sunset.” He got engaged to Jessica Parido in 2014 and went ahead to marry her on the 29th March 2015 in Los Angeles at the Baltimore Hotel. It comes to no surprise that she had to convert to Judaism as it is a norm for non-Iranian Americans ladies getting married to Persian Americans. Unfortunately, the marriage was short-lived as eight months later, they separated. However, it was not until 2017 that the couple had an official divorce.

3. He is a real estate agent

4. He is having financial struggles

Mike was living beyond his means, according to All About The Tea, which proved to be a costly decision. Eventually he could not afford the mortgage on his Hollywood Hills home thus he is leasing it at $10,000 per month. Before that, Mike had tried turning it into an Airbnb, but that did not work out. He has hit rock bottom and now has to live with his girlfriend and her two children.

The name Michael comes from two Hebrew phrases: MÄ«khÄ and El. The first phrase is a question, “Who is like,” while El, a contraction of Elohim, refers to God in sacred writings. Michael, therefore, translates to “Who is like God?” It is a rhetorical question that implies no one is like God and does not, in any way, compare the bearer of the name to God. It would be quite interesting to know the criteria Shouhed parents chose to designate the name to their son. Is it in conformity to the Judaism religion, or they were following family naming traditions?

6. He is entangled in a legal battle with Reza Farahan

Mike’s entrepreneurial spirit has hit a snarl following his embroiled battled with his fellow reality TV star, Reza Farahan. The dispute comes from Mike’s True Gold Clothing line, which makes T-shirts bearing Reza’s face. Reza accuses him of failure to seek consent in using his face in the production of the T-shirts. Mike, in his defense, according to the Inquisitor, claims his co-star brings forward the complaint a few years too late since his online clothing line had been in business for a substantial amount of time. The battle has taken a new spin since Farahan, and his legal team sent Mike a to-cease and-desist letter. The letter makes a demand for Mr. Shouhed to stop selling T-shirts that violate Reza’s personality and competition rights. It is puzzling how former friends are now deeply engaged in such a feud but like they say, we should never mix business with friendship.

Fellow television reality star Jessica Parido announced the birth of a son. The news didn’t come as a surprise because she had moved on to another relationship. The couple had been in constant communication, and Mike had speculated her pregnancy due to her inactivity on Instagram. His response to the news was somewhat enthusiastic and also supportive. In an interview after the news broke, he seemed positive of the newborn’s arrival as he promised to offer a helping hand if need be.

8. He is a basketball fan

Besides the drama attached to him in the reality series, the star does not shy away from getting some adrenaline rush in the basketball court. You will find him at the Staples Center for the Lakers playoffs, and his support for the Los Angeles Lakers is undeniably due to his Los Angeles residency. He admits that he would not be a patriotic resident if he didn’t show love for his home team.

9. He is a University of California alumni

10. He cheated on his ex-wife Jessica

Two years after their marriage, Shouhed and Parido divorced with the reasons being undisclosed to the public. We now know that the marriage was cut short because of Michael’s infidelity. Before finally admitting to his mistake, he had previously denied all allegations that pointed to his unfaithfulness. He let the cat out of the bag while the rest were away in Belize. It has not been a smooth ride for him after the mistake he committed came out. Guilty of his actions, Shouhed goes ahead to declare that he is willing to endure more pain just to let Jessica know he understands the heartache he had caused her.