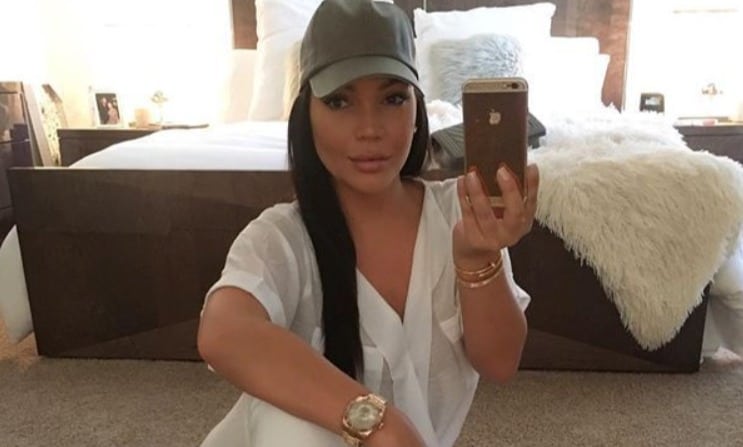 It’s simply too easy to make assumptions about reality stars. The way many of them act makes it seem as though the lot of them happen to be the same way, without manners and without any real concern for their fellow human beings. One great thing about Jessica Parido however is that for all the money she has and all the luxury she enjoys she still makes time for the sick and needy. This is because she knows what it’s like to be sitting in a hospital, uncertain if she’s going to be leaving under her own power, or if she’s going to be leaving at all. This kind of understanding has changed her in a way that many people don’t fully understand since it’s given her a lot of insight into how grateful people need to be when they’re healthy, whole, and able to move about as they please. Among reality stars she’s one of the few it would seems that really knows how to be grateful for how her life has turned out.

Here are a few things about Jessica you might not have known.

10. There’s not a lot of information on her family on the internet.

This almost seems to be done on purpose these days since quite honestly a lot of actors are starting to pop up with less and less personal information on themselves and on their families. It almost makes you believe that they’re trying to spare their loved ones the harassment they face on a regular basis at times.

9. She is a cancer survivor.

Jessica was diagnosed with leukemia when she was younger and had to have a bone marrow transplant with little hope of success.

8. Jessica worked as a nurse in Beverly Hills.

Her experiences in the hospital inspired her to help others and eventually she worked her up to become a nurse so that she could take care of others and be there when they needed someone to simply hold their hand and be with them.

7. At the moment she’s keeping any news about her love life private.

This seems like a wise move for a lot of people since the paparazzi are just ruthless when it comes to digging into peoples’ lives and don’t stop until they’ve got something they figure is newsworthy. Personally I’d rather dig and find something positive to eliminate any preconceptions about a person, but some folks just want the dirt, any dirt they can find, to get paid.

Her time as a reality TV star has paid big dividends it would seem as she’s been able to rack up a healthy profit and make herself into a very affluent woman. It does help that her family had something to do with this but a lot of what she’s earned today is all her.

5. At one point she had to file a restraining order on her ex-husband.

Rebecca Macatee and Linday Good from E! reported on this matter a while back when Jessica and her ex had split. Apparently he’d said he was good with it but that was shown to not be the case when he kept showing up at her workplace and causing the kind of issue that a restraining order could fix, but only if the party it’s against actually paid attention to it.

4. She and her ex are on good terms now.

It took a while but she and her ex are now on friendly terms after having been through a few trials and tribulations over the years. He does truly care about her and has learned how to back off while she in turn has been able to finally accept that they can remain as friends.

3. She comes from a very well to do family.

This was undoubtedly a part of her success early on since not wanting for anything and not having to scratch and scrape for much is a huge boon for those that don’t have to understand just what it’s like to start from the bottom. Thankfully though Jessica seems to be a very humble person that knows just how grateful she needs to be for her life. Those diagnosed with leukemia aren’t always so lucky.

2. Jessica is quite active on social media.

She has several hundred thousand followers and it would seem that she’s pretty active and enjoys herself and the time she spends with those that she sees as necessary in her life. Her vibrancy and love of life is a big draw for the show she’s been on as well as the people that attracted to her in various ways as it makes her seem more alive to those that interact with her.

1. She kept her pregnancy very private.

Jessica did this to enjoy her pregnancy without people giving her advice all the time or criticisms on what she might have done that they didn’t agree with.

The last thing you need to do is stress pregnant woman out.