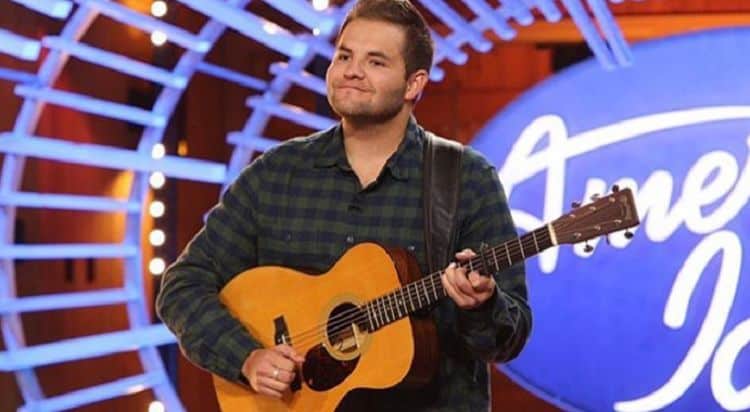 Jordan Moyes is an American singer who made it through the auditions to become a contestant on the popular competition series “American Idol.” His March 15th audition was a success and he made the cut to become one of the young and bright hopefuls competing for the grand prize and a lot of national attention for the 2020 season to boost his emerging career in music. Since he’s brand new, viewers haven’t had the opportunity to learn much about him. Before we get into the full swing of the new season, here are 10 things that you didn’t know about Jordan Moyes.

Jordan Moyes is currently based out of Provo, Utah. He made the journey from home to Salt Lake City where the auditions were being held for his area. He was raised in Phoenix, Arizona, where he attended high school. After he graduated from high school, he packed up his things and he moved to Utah. He had made up his mind that he was going to pursue a career in music as a solo artist.

2. He’s had a passion for music from a young age

Moyes has been a musician since he was a young child. He started playing guitar when he was just 6 years old. He is currently 25 years old. At the age of 17, he launched his solo career in music and began performing as a solo artist. When you see him performing on the stage for “American Idol,” he is not a novice and being in the public eye is nothing new for him since he’s been doing it for 8 years.

3. He is also a songwriter

Jordan Moyes has a great deal of control over the direction that his music will take. He writes his own material so he is performing original works. He shared that he does not collaborate with any other artists in his writing, so there aren’t any conflicts or issues over splitting credit or royalties. He writes in a style that shows his vulnerability. Jordan is a creative writer and he finds it easy to open up when he is in his solo creative space without disruptions from anyone else.

Moyes has released four songs so far. He is getting a good start on a solid career and although he is hopeful to have a full-play album in the near future, he is making progress towards that goal. It may take a little longer since he writes his own material and is doing it alone. He admitted that there are some challenges involved in being a lone wolf, such as gaining the attention of an audience in a packed house, but when it comes to the writing, that is deeply personal and it isn’t something that he wants or needs help with at this point in his career.

5. Moyes is a storyteller at heart

At the age of 25, Jordan Moyes is a young man, but he is also a storyteller. He shared that making up stories is something that he loves to do. His recent release “Free” is a song that he considers to be a concept for this passion as it is a made-up story about the ruminations of a man reflecting back on past relationships from 50 years in the past. Even though that has not been Jordan’s experience, he has the ability to dig into the history of other eras to create a story and present it musically. He puts a heavy emphasis upon imagery in the words that he chooses, to take the listener on a journey to that time. He is a brilliant songwriter and story-teller.

6. His audition was spectacular

Jordan Moyes made a huge impression on the “American Idol” judges Lionel Richie, Katy Perry, and Luke Bryan when he sang Bruce Springsteen’s “I’m on Fire.” In fact, it was so good that they all agreed that he was an artist that needed to be sent ahead to Hollywood. We learned that Luke Bryan was interested in signing him right after the audition, but of course, he couldn’t because that would interfere with his contractual obligations to the show.

7. Moyes’ inspiration is his mother

Jordan Moyes has a powerful and moving backstory, that many viewers were not privy to. His mother was the person who pushed him to audition on “American Idol.” It was because of her urging that he made the final decision to try out. Moyes’ mom passed away in June of 2018, leaving him suddenly. He wrote a song for her titled “Not That Far Away,” which was released in May. He credits his mom for being the inspiration for the song and for taking his musical career to the next level by competing on the show.

8. Jordan has been taking it slow

Although music is his passion, Jordan Moyes hasn’t been pushing hard. He hasn’t branched out with his performances much beyond Salt Lake City and the neighboring areas. He’s been keeping it close to home and maintaining a low-key approach. He’s a humble guy he enjoys a low profile, but his privacy status may change in the very near future with rising popularity.

9. He may return to college

When Jordan moved to Utah, it was to attend the Utah Valley University. The second reason he chose the state was because of its amazing outdoor opportunities. He took a break from school to work on his music, but he recently shared that he is planning to go back to school to complete his studies in marketing.

Although Jordan Moyes is a private person, he does maintain an active social media presence. If you’re interested in following his career, you can find him on Twitter, Facebook, and Instagram. He has just under 6,000 followers already and there are some great photos of him on his Instagram page.