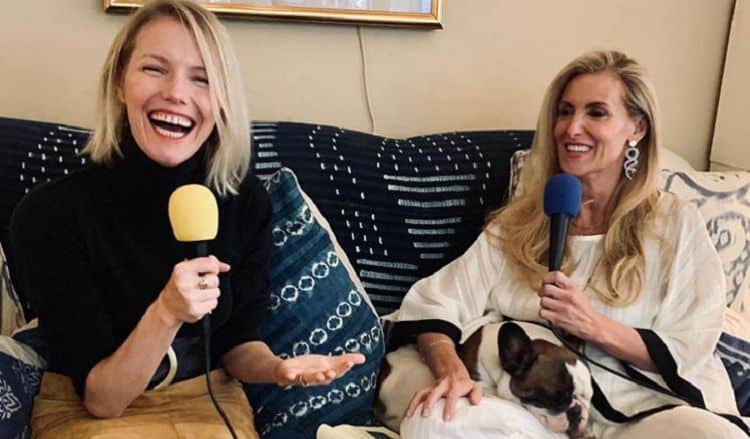 Melissa Sagemiller is an American actress who is best known for her roles in television and film. One of her best-known characters was D.A. Gillian Hardwicke from 2010 through 2011 in “Law & Order: SVU.” Some fans are wondering whatever happened to her so we did a little investigative work. As we were researching her career history we came across some interesting facts about her that fans may be interested in knowing as well. Here are 10 things about Melissa Sagemiller that you probably didn’t know.

Melissa Sagemiller’s current age is 45. She was born on June 1 of 1974 in Washington D.C. She grew up in the area, attending the Georgetown Day School. Her parents are Donna Sagemiller and Charlie Evans.

2. Her parents were both well-known professionals

Sagemiller was born to a father who was a professional football player who played for the NFL team the New York Giants as well as for the Washington Redskins. Her mother was a comptroller and political activist who worked for the Jimmy Carter administration when he was the president. She was raised by parents who were active in the public eye throughout their careers so being in the limelight was nothing new for Melissa.

3. She started her career early in life

When Melissa Sagemiller was just 3 years old she began preparing for a career in the performing arts. She studied modern dance, jazz dance, ballet, and tap dance. She made her first official stage appearance at the age of 9 in a production of “To Kill s Mockingbird.” It was not long after that she became a regular performer on the local stage.

4. Melissa took a hiatus to model

Melissa Sagemiller took a break from acting after doing it professionally for 5 years. At the age of 14, she let the acting go to work with Eileen Ford who discovered her in a jewelry shop. She became a model and this took precedence as her chosen career until it was time for her to attend college. We can see that she had been active in working as a child throughout her late teen years while juggling her education along with a busy career.

5. She modeled in Paris, France, and New York

Melissa’s modeling job took her to some of the larger cities in the world. She modeled in Paris, France, and New York. She traveled extensively when she was still in her teen years because her career was important to her, but she still kept up with her academic studies. It was to pursue her degree in Art History at the University of Virginia that resulted in her departure from her modeling career. She wanted to have a normal life as a student. Melissa had already experienced life as a professional stage actor and as a model and she wanted to add the experience of just living her life as any other college student would.

6. Melissa is a formally trained actress

Sagemiller enrolled at the Stella Adler Conservatory at New York University’s Stonestreet Studio as well as the Michael Howard Studio for her formal training in acting. This was after college when she made the decision to return to a full-time career in acting. She knew that it was important to receive the proper preparation for her career and she also valued education so even though she had already performed on the stage earlier in her life, she sought out more rigid training that would help her to further develop her acting skills and style.

7. She is married with a family

One of the biggest questions that fans have about their favorite actors is their marital status. Melissa Sagemiller has only been married once. She co-starred with actor Alex Nesic in the film “Sleeper Cell,” which was released in 2005. The two hit it off and began dating. They were engaged by July of 2006. He asked her to become his wife when the couple was visiting the south of France. They are presently married and the couple has one child together.

According to Rotten Tomatoes, Melissa Sagemiller’s most highly rated performance was in the film “Get Over It,” released in 2001. This came just one year after the lowest-rated performance in a film called “Soul Survivors” released in 2000. She was given an overall rating of 44% approval for the 2001 film by viewers who had watched the film and given their opinions about it. She didn’t far that well for “Soul Survivors” with her lowest rating of just 4% approval from those who completed the survey for the site.

9. Melissa had a negative encounter with Harvey Weinstein

Sagemiller shared that she worked at the Miramax studio that Weinstein managed. Weinstein was occasionally on the set. She alleged that he had made unwanted advances to her on three different occasions and that he even tried to get her to go into his hotel room to talk about the script of a film she was appearing in. Weinstein even captured her luggage nad had it placed upon his private plane, forcing her to board to get her luggage. She agreed to take the flight when she saw that there were other actors aboard that she was familiar with, so she would not be alone on the aircraft with Weinstein.

It’s been five years since Melissa Sagemiller last appeared on television. She appeared in the role of Carol Guthrie on the television movie “The Santa Con,” in 2014, s well as a minor role in the television series “Person of Interest,” and a brief stint in the series “Chicago P.D.” and previously on “Chicago Fire,” as detective Julia Willhite, but she left the show during the pre-production phase.