Home
Entertainment
What is the New “That Girl” Trend on TikTok? 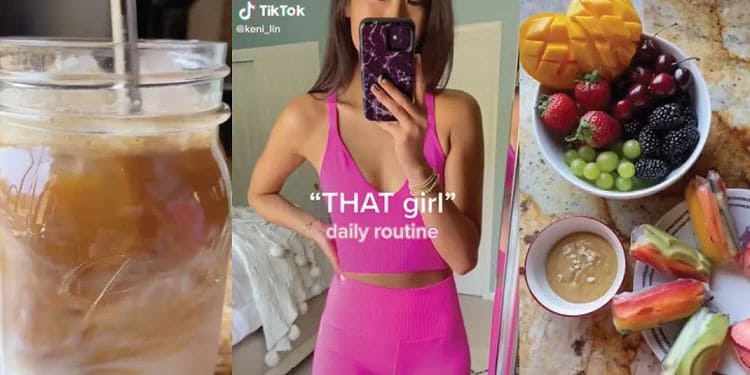 TikTok has really taken off over the last two years, and the platform has become the home of countless viral videos and new trends. In fact, lately it seems like there’s been more viral content coming from TikTok than anywhere else. One of the latest trends to make its way to the TikTok universe is one that has been dubbed “That Girl”. Videos using the hashtag have been floating around TikTok for months, but there are lots of people who still aren’t sure what they’re all about. Whether you actually want to participate in the trend or simply want to know more about it, we’ve got you covered. Keep reading to find out more about the “That Girl” trend on TikTok.

First things first, now is probably a good time to mention that “That Girl” doesn’t refer to one specific girl. Instead, the trend refers to “that girl” who everyone wants to be. You know, the one who is always on top of everything and always looks like a million bucks. Essentially, the trend consists of women who record their morning routines so they can show everybody how well put together they are. These videos typically include things like eating a healthy breakfast, making time to work out, and other self-care practices. While some of the videos consist of women who are already doing these things, others were created by women who are aspiring to be that girl. The trend has become to popular on TikTok, that it’s even made its way over into the YouTube community where several creators have put their own spin on things. Some have even made videos depicting a day in the life of “That Girl”.

How People Feel About The Trend

As with every other trend or viral moment on the internet, there are lots of people with lots of opinions. On the surface, the “That Girl” trend seems pretty harmless, and some people really enjoy it. A Reddit user named Mammoth-Bluebird1194 said, “I think it’s a great trend! While of course some may focus on body image, i think it’s mostly about a mindset and simply becoming the best version of you! Throw comparison out the window and become the best version of you! Do what makes you feel good and healthy and stick with it”. There are also plenty of other people out there who simply find the trend fun and inspiring. They see “That Girl” as a goal they’d like to reach, but they also realize that playing that role will look different for everyone.

Others, however, believe that the trend does more harm than good. On top of thinking it’s downright ridiculous, there are people who feel that the trend can be harmful. After all, women are dealing with enough pressure to fit into certain societal standards without feeling pressured by a random online trend. Constantly being bombarded of imagery of “That Girl” could lead some people to feel bad about themselves. Even worse, it could lead some people to make some dangerous choices in an attempt to try to fit into a particular mold.

In an article for Cheek Media Co. Rosie Dann wrote, “Tactfully disguised as wholesome motivational content, That Girl is an indirect but insidious catalyst for comparison. These videos are posing as raw, authentic documentation of typical everyday life. In reality, they are meticulously crafted highlight reels that serve as a sugar-coated form of self-improvement propaganda.” She went on to say, “The first issue is that this trend is acutely selective. One where waking up early, exercising and eating well equate to success, just as long as you have a flat stomach, clear skin, expensive serums and trendy bedroom décor to match…The second issue is that this expectation that we should be constantly working on ourselves and consistently improving is totally unrealistic.”

That Girl Won’t Be The Last Trend

I think it’s safe to say that both sides have some valid points when it comes to this trend, but this is definitely one of those things people will just have to agree to disagree about. No matter how you feel about the “That Girl” trend, though, one thing we all can agree on is the fact that there will be plenty more trends where this one came from. The next one will probably be even more polarizing. New content makes its way onto the internet every second, and there will always be mixed feelings about the kinds of things that are appropriate.