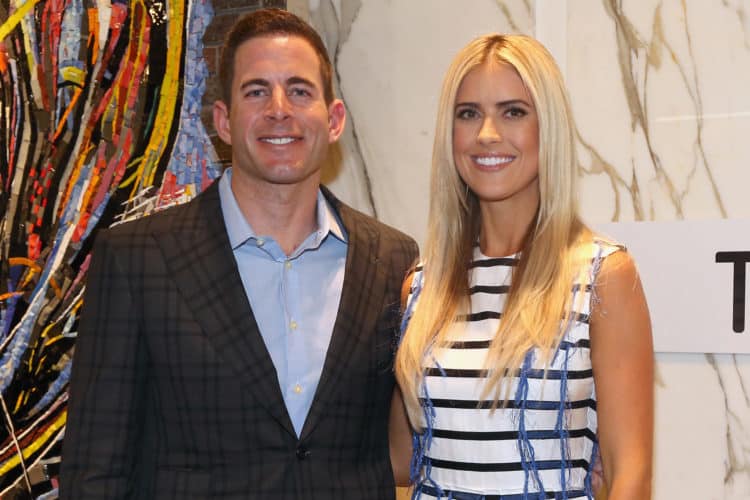 We’ve all been told that mixing business with pleasure isn’t a good idea, but sometimes working with a close friend or family member really is a good business move. That has certainly been the case for Tarek El Moussa and Christina Anstead. Although their marriage didn’t work out, they’ve found lots of success as business partners on their show Flip or Flop. In the series, they work together to find, buy, renovate, and sell homes. As you can imagine, however, they don’t always agree with each other’s way of doing things and they have no problem making it known. What do they not agree on you might ask? You’re about to find out. Here are the things Tarek and Christina disagree about the most on Flip or Flop.

Tarek and Christina were married from 2009 to 2018 and in that time they had two children. To many viewers, they probably seemed like the perfect couple, but things aren’t always what they seem. The couple separated in May 2016 and Tarek filed for divorce in 2017.

When asked about the reason for their divorce, Christina told People Magazine, “Like any couple, we had our share of issues. But we went through a lot in a short amount of time.” Like many other couples, Christina also said that a lack of communication had become a serious issue in their relationship. Since going their separate ways, Christina and Tarek have each moved on. Christina remarried Ant Anstead in 2018 although their marriage ended in 2020. Tarek is engaged to Heather Rae Young, a cast member from the Netflix show Selling Sunset.

When most couples go through a divorce, they’re able to take some much needed time away from each other. For Tarek and Christina that wasn’t exactly the case thanks to their joint business venture. Fortunately for both of them, they’ve been able to continue to work together, even though it’s not always easy.

During an interview with Today Tarek said, “We shot the pilot (for ‘Flip or Flop’) in summer of ’11, series of ’12 — so we’ve been doing this a really long time. It’s part of who we are and what we do, and for us to just throw it all away just wasn’t worth it.” Christina added, “Most importantly, we have two amazing kids together. So it’s just easier to work together and get along.”  Despite the fact that working with an ex can be awkward, they both agree that working together after the divorce has been much easier than working together while they were married.

What Do Tarek and Christina Disagree About The Most?

Renovating a home is a very creative process. Anything involving more than one way to do things is bound to spark the occasional disagreement. Even people who work as well together as Tarek and Christina don’t always see eye to eye, but they know each other well enough to know how to navigate these disagreements. Surprisingly, the thing they disagree about the most is tile.

In a recent episode of the show, they struggled to get on the same page with picking a backsplash tile. Christina said, “Sometimes I don’t want to go with the same old tile that we’ve been doing over and over and over. It’s exciting to try something new.” Tarek on the other hand prefers not to get too risky. Luckily, they were able to come to an agreement and pick a color that added a bit of a pop without being too bold or distracting.

At the end of the day, if there’s one thing Tarek and Christina know how to do (other than transform a space) it’s compromise. Their ability to do this has been a huge factor in the success of their business and the overall success of the show.

The Future Of Flip Or Flop

When Tarek and Christina announced their divorce there were probably a lot of people who thought the show would end. Not only did Flip or Flop keep going, but in some ways it’s even stronger. Both Tarek and Christina seem to be in better places in their personal lives and this allows them to bring their best selves to work.

The show is currently in its ninth season and fans are still loving the enthusiasm and creativity that Tarek and Christina bring to each project. Even though it’s a little hard to believe, Flip or Flop has been on the air since 2013. The series has always been renewed for a tenth season which will debut in 2021.