Home
Movies
Meet The Cast of “The King’s Man” 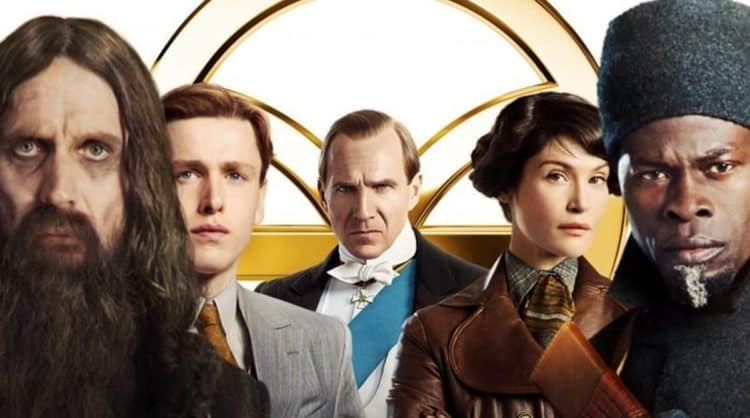 On December 22nd, the third installment of the Kingsman franchise will be released into theatres. As the arrival of the film inches closer towards debut, after over a two-year delay from the original premier date of November 15th, 2019, 20th Century Fox Studios is promoting the viewers “discover the origins of the very first independent intelligence agency in The King’s Man.” As movie production companies do, there is a bit of truth stretching with that statement, though it is evidently enticing to it’s fanbase. The numbers don’t lie, as the first film, Kingsman: Secret Service grossed $404 million worldwide, and the second film did just shy of that with $344 million. In terms of the Kingsman‘s beginnings as the first intelligence agency, even though it is a fictional agency loosely based on actual agencies that popped up in the UK and around the world during WWI, it is far from the first based on the century in which the film’s plot takes place. The first documented use of spies in a systematic fashion was back in the 4th century BC, and the author of these schemes was none other that Sun Tzu. Despite my qualms with the claim, the film is anticipated to do well in the box office. The franchise has done well in many ways because what they are selling (a spy movie packed with secrets, violence, and a hint of historical truth) has inherently always been exciting in the eyes of a western audience. Even with the screenplay being built to succeed, with tongue-in-cheek remarks about 007, and a Guy Ritchie style of filming and editing, what ultimately puts people in the seats is the casting.

The first movie of the series, Kingsman: The Secret Service, stars Colin Firth as Harry Hart and Taron Egerton as Gary ‘Eggsy’ Unwin. Firth, coming off an Oscar win for Best Actor in The King’s Speech just a few years prior to the release of Kingsman, brought strength and continuity to the new franchise alongside a few other A-listers that can certainly sell tickets. The tale revolves around the impoverished and arrest-prone Eggsy, who teams up with Hart to stop a criminal mastermind, played by Samuel L. Jackson. With some training from Merlin, played by Mark Strong, and some twists and duplicitous turns dealt out by Arthur, played by Michael Caine, the star-laden cast laid the groundwork for a strong, slightly cheesy movie franchise. The second film, Kingsman: The Golden Circle, followed a similar recipe– cast a handful of stars, bring back some from the first, and press record. The new casting included Elton John, Channing Tatum, Halle Berry, Julianne Moore, Pedro Pascal, and Jeff Bridges. The movie was not as well received as the first, but it was nonetheless entertaining. Moving us to the stars of The King’s Man.

Is there a single frame of film that Ralph Fiennes is not terrific in? It is tough to see movie posters with his face and not think of his villainous characters like Francis Dolarhyde in Red Dragon or as Voldemort in Harry Potter, but watching Fiennes immersed in his craft, an entirely new person with each role he plays, is what drives people to see his films. The two-time Oscar nominated actor plays the role of Orlando the Duke of Oxford. Orlando, who founded the Kingsman , takes a similar role to that of Harry Hart in the first movie– taking a young Conrad, played by Harris Dickinson, under his wind to join the ranks of the Kingsman.

Though not to be held to the same level of stardom as his colleagues in The King’s Man, Dickinson is no stranger to the limelight. Dickinson’s acting career started when he was 18 and he quickly progressed. Starring and featuring in indie films like Beach Rats and Trust, as well as Disney’s Maleficent: Mistress of Evil, has brought him closer to this larger, internationally noticeable role. He portrays the character of Conrad, a young man recruited to the Kingsman to help thwart off villains both historically based and fictional. Villains like ‘The Shepherd’, Grigori Rasputin, and Mata Hari.

The UK based actor has played many roles throughout the years in Hollywood, namely Agent Strawberry Fields in Quantum of Solace, the second 007 film that premiered in 2008. Outside of acting in the theatre, Arterton has been in fantasy works like Clash of the Titans and Prince of Persia, where she starred alongside Jake Gyllenhaal and Ben Kingsley. Gemma Arterton plays the role of Polly in The King’s Man— an agent with a serious sense of purpose in her espionage, but with the ascorbic wit and humor you would expect from a solid tertiary character in a British spy movie.

Playing the character of Merlin, a character you may have seen in the first two films, but played by Mark Strong. Merlin is an agent or retired agent (not entirely clear) that is responsible for training and organizing missions and logistics for the agents in the field. This role is common in the spy movie sphere– in 007, there is ‘Q’, in The King’s Man, there is Merlin. Tucci is known for his roles in Spotlight, The Hunger Games, and in The Terminal alongside Tom Hanks.

Djimon Hounsou is a talanted addition to The King’s Man franchise. He can be seen genre-jumping from superhero filmds to deeply serious dramas. In the 2014 Guardians of the Galaxy Hounsou plays ‘Korath the Pursuer’. Korath does just that as he hunts down ‘Starlord’, played by Chris Pratt, in a gripping and ridiculous fight scene. Hounsou is also known for his roles in King Arthur: Legend of the Sword and Blood Diamond.

After a two-year delay due to COVID-19, this film, and its diehard fans, welcome the hard release date of December 22nd. Director of the franchise Matthew Vaughn has high hopes for the release of The King’s Man, as he plans to get to work on “something like seven more Kingsman films.” With this film release looking to take the franchise over the $1 billion box office mark, it very well could be feasible to have seven more movies given that we live in the age of the Marvel universe. If you enjoy spy movies, whether they star Roger Moore, Matt Damon, or Ralph Fiennes, this movie franchise is picking up steam and worth watching.