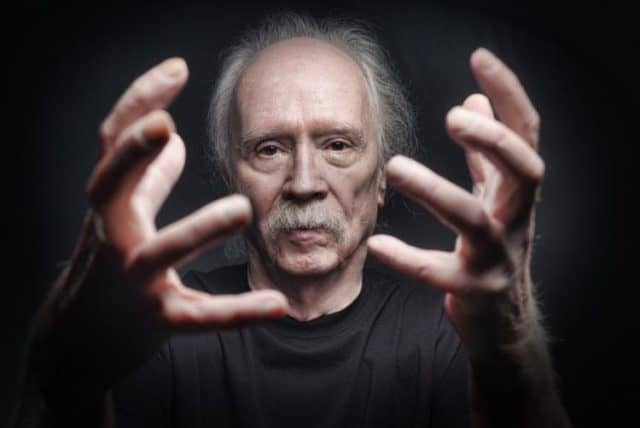 Looking at John Carpenter it’s funny to think he does look like someone that would be adept at directing or even starring in horror movies since he does have the look of someone you wouldn’t want to stand close to when filming a horror story. He’s gained a great deal of respect over the years however since he’s made it clear that he can direct and take on many other tasks if he needs to, meaning he’s one of the most skilled storytellers out there and among the few that have what it takes to endure the kind of decline his career took a while back when several of his movies didn’t really meet the same high standards that the critics and fans had been hoping for over the years. This is when it becomes clear that fans are way too fickle at times and the critics are often those that claim to have little no real bias and have nothing against one movie or another but will comment on them based on what sounds like their personal likes and dislikes. A lot of us do this and then make the claim that we don’t care one way or another, but the truth is that Carpenter has made several movies that are absolute classics.

Carpenter’s love for horror started at a young age it would appear and has never really gone away. He is a rather exacting director since if something isn’t up to his standards then he’ll make it known. The movie titled The Fog is a good example since he’s been candid about this for years when stating that despite being a minor classic, the movie didn’t come out the way he wanted it to. With some directors, this is a good thing since they keep their egos in check and they keep themselves on their toes, but with some, it’s a bit of an annoyance since they tend to obsess to the point of ruining their own movie or presenting something that the fans can’t really get behind. To this point, Carpenter’s movies have usually been a lot of fun and easy enough to watch since he does manage to create very in-depth stories, but he can also go simple and to the point.

When it comes to horror, his ideas are pretty much the same way since some are exceedingly simple to understand, like Vampires with James Woods, while others get a little more complicated such as The Thing. In The Mouth of Madness was a little more complicated since it had to do with a writer that had taken over a small town while being controlled by dark forces. The inherent madness in this story was great since it gave the fans a bit of insight when it comes to horror writing, not to mention the fact that the crazy nature of the movie was a lot of fun since it was like looking into a mirror at times given what it takes to write and the craziness that some authors tend to feel now and again. But unfortunately, not all of John’s ideas have been widely accepted by the critics or even the fans, who tend to look for effects and obvious plot points more than anything sometimes rather than the in-depth storylines that do exist.

Halloween has obviously been one of John’s crowning achievements since it’s been the longest-lasting series of his career and it’s the one that really put him on the map for everyone to see. Since then he’s been a big name on the horror scene as well as in show business, and fans have eaten up just about everything he’s done since then no matter if comments tend to spring up now and then either praising his work or saying something less than congratulatory about it. People know his name, they’ve known his name for decades, and even mentioning his name usually means that there’s bound to be a discussion about horror or about something related to one of his movies. The fact is that he started establishing himself as a master of horror a long time ago, and he’s been keeping with that ever since. He’s done plenty of other things, but horror has definitely been one of the main aspects of his career, and he’s been able to turn it into a legacy at this point.

In the years to come, there will no doubt be plenty of aspiring individuals that will seek to take their place in the annals of horror that were created long ago. One day we’ll be talking about different horror legends and how they’ve helped to shape and reshape the genre. For now, it’s safe to say that Carpenter and others like him hold the title and will continue to do so until the torch is ready to be passed.

Five Must-Watch Movies For Anyone New To Wes Anderson