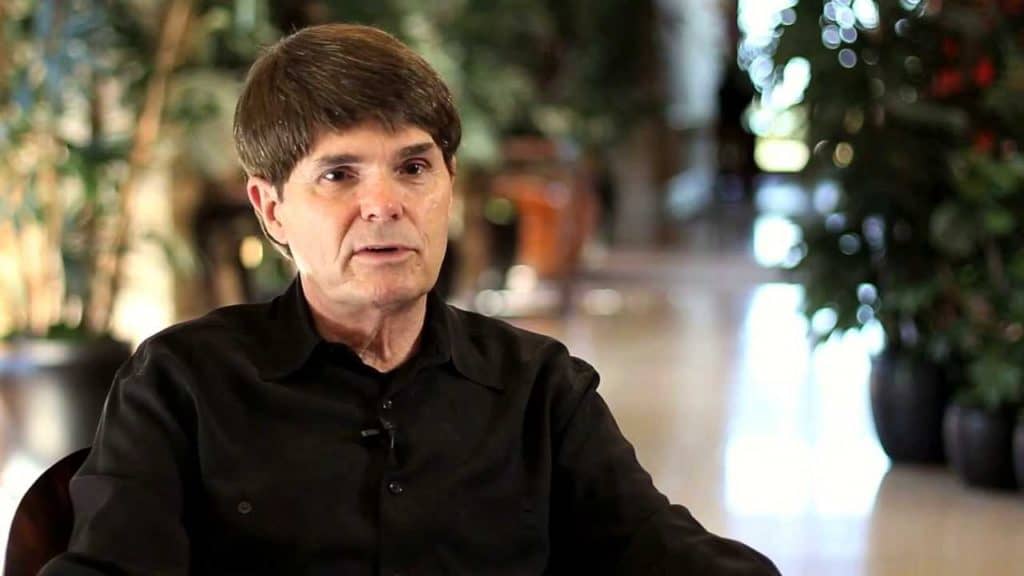 Comparing authors to each other based on their writing style is pretty common since everyone that writes for a living has their own style when it comes to various stories, and it’s been easy to compare Dean Koontz to several other writers over the years. In a few ways his style feels almost muted, as though it’s not quite as violent or as forceful as others, but to anyone that has read some of his more terrifying stories that might not appear to be the case. Koontz has managed to publish several stories dealing with the supernatural and even with science fiction that has been every bit as good as anything out there, but when compared to someone like Stephen King there’s a rather big divide when it comes to who people prefer more. In a way, King’s writing is like an ice pick versus the blunt hammer that Koontz’s horror feels like at times. Both are highly effective, but Dean tends to bludgeon the readers while King sometimes peels back each layer of a person’s psyche at an agonizingly slow pace that’s excruciating but still desired by many.

From a personal standpoint, the first book I ever read written by Dean Koontz was titled Dragon Tears, and it was inherently creepy since the antagonist is a young man that has the ability to stop time and create golems using the power of his mind. Dean knows how to write a story that feels safe and ordered, but can still drop a reader into a chaotic mire that will force them to accept what they’re reading or simply stop. Trying to push through one of his books is very easy since there are certain elements that are very distinctive with Dean, especially when it comes to the description of homes, flower beds, RVs, and dogs since these appear to be subjects that he’s passionate about. When it’s time to get down to horror though he’s still more than a little skilled as his career proves, considering that he’s written more books than many people in the business.

One thing that does set him apart is that in many of his books, not all of them but quite a few, Dean tends to wrap things up with a happy ending that feels more manufactured than it needs to since the honest truth is that a lot of people love a happy ending, it’s natural to want to see things conclude on a high note after all. But it’s not the reality that some people want since other horror writers might leave on a cliffhanger or with the devastation that’s been left behind. It might not happen all the time, and it could be something he’s changed over the years, but a typical Dean Koontz novel used to end with the protagonists ending up with someone the audience expected or finding renewed happiness with their loved ones, complete with an RV and a dog or a stable home to go with it. The happy ending scenario is all well and good, but it sometimes feels a little too neat and tidy, especially for a horror story that might cause a good amount of PTSD later on.

This is how Koontz has operated for a while though, and the funny thing is that his endings aren’t bad, they’re simply not that realistic at times, but if a person likes it then so be it. He’s written several books that don’t end so neatly, and to be fair, those stories have felt a little more grounded in what it means when good and evil clash in such a way since the resulting mess is anything but nice and takes a bit of effort to get over and push through. No matter what is said, Dean is a master of horror due to the fact that some of the stories he’s written have been pure nightmare fuel, such as The Funhouse, a story about a Satan-worshipping carnival barker that’s intent on killing the children of the woman that killed his child many years before. Dean has written several books over the years that have gripped the imagination and have gone wild with imaginative tales that have involved the supernatural in a number of ways, and all of them have been horrifying in one way or another.

It would be great to see more of Dean’s books adapted to TV or to the big screen, but that doesn’t appear to be the goal since unlike Stephen King and other authors, this author hasn’t been that well represented when it comes to movies or TV series. There are quite a few ideas that he’s pushed forward that would be certain to scare the living daylights out of many audience members, especially if the right director were tapped to make it happen.