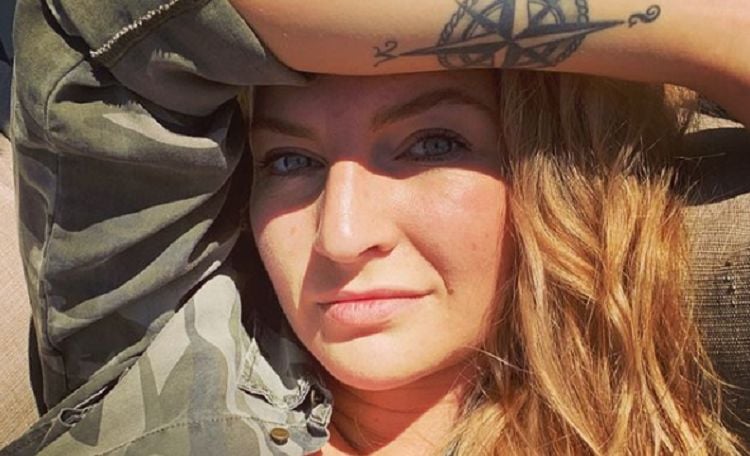 Many Hansen is a fixture on reality television, but she’s no real housewife nor is she selling houses. She’s working hard to become the captain of the Northwestern, her father’s fishing boat in Alaska. That’s right, she’s one of the stars of the hit show “The Deadliest Catch,” and she’s been a reality fixture for many years.

She is a very happily married woman celebrating five years of marriage with her best friend and husband in June of 2022. They wed in 2017. Her husband is also part of the reality television world with her. His name is Clark Pederson.

She and her husband are new parents. Their little one is less than a year old. Their daughter is Sailor, and she was born in November of 2021, and she is the absolute light of their lives. They find so much joy in raising their little girl, and nothing makes them happier than being her parents.

3. She is a Commercial Fisherman

4. She Suffered a Miscarriage

It was 2019 when she shared with the world that she and her husband were expecting a baby and things did not work out in their favor. They lost their baby, and it was a crushing blow to them. They were heartbroken. She still hurts for the baby she lost.

5. She Believes in Pushing Through

She’s a wise woman who knows that life does not always work out as it was planned from the start. She knows that when things don’t go her way, the best thing she can do both for herself and for her family is go through the rest of her life doing what she does best – looking toward her goals. She is someone who will push through to make life what she wants, even in the most difficult of times.

6. She Chose Her Daughter’s Name Carefully

Their name choice is one they came up with very carefully. Both she and her husband were interested in being sure their daughter’s name was important to their family in many ways. They are obviously very close to sailing and being on a boat, but they are also Scandinavian by heritage, and she wanted to share that with her daughter via her name.

7. Fishing is a Family Business

She and her husband are not the only two people in the family who are into the fishing business. Her own father is also in the business. Captain Sig Hansen is her father, and they are really close. He is over the moon about having a granddaughter like Sailor, and the family regularly shares photos of them together. It’s a beautiful thing.

Something that many people don’t realize about this young woman is just how young she is. She’s a 90s baby who might not have much memory of the decade. She was born in 1996. Her family was living in Washington State at the time, and she was born to her mother June. Sig Hansen is not her biological father. Her mother did not marry Sig until her daughter was nearly 5-years-old. However, he is her father because he adopted her as well as her sister when he married their mother.

9. She’s Been On Television a Long Time

She was only 13 the first time she was on television with her father. He’s been on the show since day one, and she knew she was going to follow in his footsteps. However, that did not go well when she told her parents. Both of them were unhappy with the idea, but she spent a lot of time changing their minds, and now they know that this is the job for her. She first showed up alongside her father on the show in 2009, and she’s been a fixture since.

10. Her Father Was the Best Man at Her Wedding

This is something we really adore. Not only was her father the one who walked his daughter down the aisle at her 2017 wedding, he also stood beside her husband as his best man. It truly is a close-knit family. They are so sweet together.