Home
Movies
The 10 Most Dangerous Jackass Stunts of All-Time 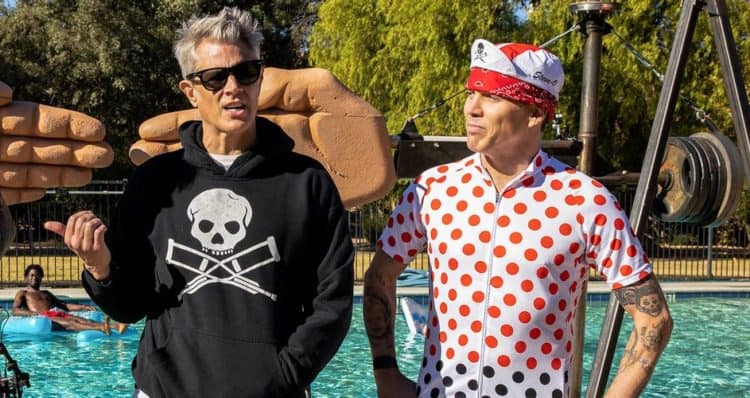 Although the TV series Jackass was only on the air for about two years, it has spawned into an entire franchise that has kept people entertained for the last 20 years. To date, there have been seven Jackass movies as well as two TV specials. During that time, the Jackass brand has given the world countless crazy stunts, and many of them have been absolutely terrifying. However, even in the world of Jackass, there are some stunts that are far more dangerous than others. These stunts have kept people talking for years, and will likely continue to do so in the future. Keep reading to see our list of the 10 most dangerous Jackass stunts of all time.

I think most people can agree that any stunt that involves high levels of electricity probably isn’t the safest. In this stunt, Bam, Steve-O, and the rest of the gang attempt to get through a makeshift obstacle course that is surrounded by stun guns are that suspended in the air. With each step, the guys put themselves at being shocked by 950,000 volts of electricity. Fortunately, everyone made it through the course without sustaining any serious injuries, but this was one of those pranks that could’ve easily gone left.

Dangerous probably isn’t a word that comes to mind when most people think of office chairs. However, if there’s one thing Jackass does well, it’s turn the most harmless items into vehicles for danger. In the “Office Chairs” prank, the Jackass guys attempt to navigate skateboard ramps while sitting in office chairs. Within just a few seconds, the first accident takes place and the entire stunt is filled with people falling out of their chairs and bumping into each other. Of course, there isn’t a helmet in sight while all of these things are happening.

Did you know that beestings have the potential to kill a person even if they aren’t allergic to bees? Steve-O and the rest of the Jackass cast decided to put this to the test with the “Beehive Tetherball” stunt. As the name suggests, this stunt involves the classic playground game tetherball, but with a very dangerous twist. Instead of using an actual ball, this game was played with a beehive that was swarming with bees. To make the game even riskier, both Steve-O and Dave England decided to play shirtless. As you may be able to imagine, the game didn’t last long because they both got stung countless times.

There are lots of shocking moments in Jackass history, but this stunt might just be one of the most memorable. In “Fish Hook”, Steve-O literally sticks a fish hook through his cheek (while it’s attached to fishing line and a fishing rod) and jumps in the ocean to swim with sharks.  This stunt is dangerous for several reasons and it’s miraculous that Steve-O was able to get through this one without being seriously injured.

Let’s be real, any stunt that involves crashing cars at high speed probably isn’t very safe. During this stunt, the Jackass cast rents cars so they can drive them into each other. Even though they were wearing helmets, it’s still a little mind-blowing that no one was hurt. After all, thousands of people are killed in car accidents every day.

“Buckethead Golf” is one of the many Jackass pranks that you’ll see and wonder why the hell anyone would do this. While in a racquetball court, Johnny Knoxville, Steve-O, and Ryan Dunn put buckets on their heads and hit golfballs against the wall as hard as they can. When Johnny Knoxville took his first swing, the ball bounced off of the wall and hit him right in the throat. Luckily, all that it did was knock the wind out of him.

Anyone who has watched coverage of how riots are handled knows that riot gear is certainly no joke. So, when Johnny Knoxville decided to do a Jackass prank testing riot equipment, things got pretty intense. In the “Riot Control Test” Knoxville allows himself to be shot in the stomach with bean bags. While this may not sound super dangerous, the reality is that a bean bag flying out of a shot gun actually has the potential to be deadly.

There’s just something about potentially being crushed by a bull that appears to appeal to Steve-O and the “Yak Charge” stunt is another example of this. In this prank, Steve-O puts on a blindfold then willingly puts himself in the path of an angry bull. The fact that he managed to walk away from this without any broken bones is impressive.

Humans have been obsessed with the idea of flying for centuries, and this obsession has resulted in lots of injuries and even some deaths. In the “Big Red Rocket” stunt, Johnny Knoxville was launched over a body of water in a custom-made rocket. This stunt was already dangerous for a few reasons, but things got even worse when the rocket malfunctioned and misfired.