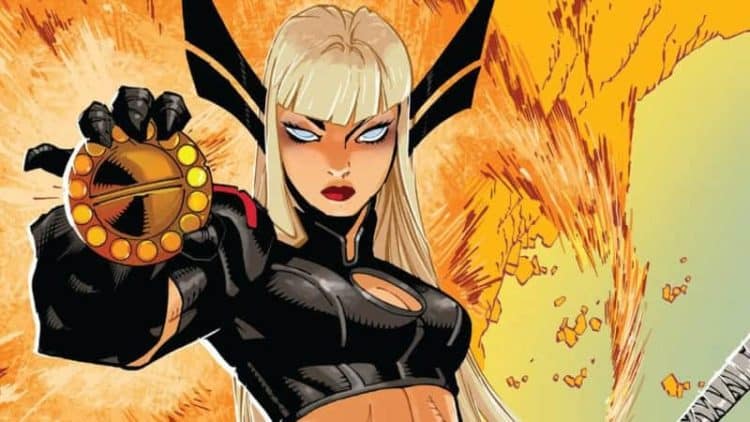 It’s kind of a habit to compare powerful characters in the comics, isn’t it? The stronger a person gets, the more likely it is that people are going to try to pit them against other powerful individuals to see how they might match up. In terms of a physical confrontation, there are plenty of characters in the Marvel universe that have been compared with one another and have produced a healthy number of matches that are kind of interesting given that the fans have put in their two cents quite often. When it comes to the more powerful characters that can cause a tremendous amount of damage and possibly alter the course of the universe they’re in, every small detail starts to count. In a match between Magik and the Scarlet Witch though, it feels likely that anyone that doesn’t want to be reduced to ash or wished away would be wise to seek cover. Both women are insanely skilled when it comes to their powers, and both of them have been known to fly off the hook a time or two when it comes to how those powers affect them on a psychological level.

Wanda’s psychosis has been given a great deal of attention since her mere utterance ‘No more mutants’ kicked off a rather big event in the comics, while her actions in the MCU have made it just as clear that her full power hasn’t revealed itself yet, but the MCU has already been put on notice thanks to the events seen in WandaVision. The type of power that Wanda has burning inside of her is no doubt going to get a bit more explanation in the next Doctor Strange movie, but what we’ve seen already is impressive since she can affect the very fabric of reality in a way that forces everything and everyone around to assimilate to the fantasy no matter if they want to or not.

But Magik, aka Illyana Rasputin, isn’t to be downplayed since her ability to transport herself through time and space. Keep in mind, that’s TIME and space, meaning Magik can actually go back in time without much effort, especially now that she’s grown and has greater mastery over her powers, and her own dimension, Limbo, where she’s at her strongest. She’s also a skilled swordswoman and fighter, and it’s fair to say that physically she might be stronger than Wanda. But this isn’t a fight that’s going to be up close and personal unless Magik can make such a thing happen. her soul sword would be a seriously heavy weapon that could change things if Wanda didn’t take Magik seriously. Of course, one thing that Wanda doesn’t often do is is underestimate her opponents, so it’s fair to think that she and Magik wouldn’t be getting too close and personal unless she had no other choice. In a hand-to-hand fight, one can easily imagine that Magik would do some serious damage if she could get Wanda within arm’s length. Apart from that, a distance battle would be key since the two of them could dish out a serious amount of damage that would take nerves of steel and a serious amount of focus to deal with.

Between the two spellcasters, Wanda does have the experience that could help her carry this fight, but Magik’s youth is still something that could go a long way toward evening the scales. Plus, that bit about Magik using her abilities to pass through time would also be a huge advantage since without question, if she could find a way to step back in time before Wanda had gained any experience, things would go very differently. But if Illyana could find a way to bring Wanda into Limbo, where she rules, it would be a very different story, since thinking that Wanda could match Magik outside of Limbo is easy, but thinking that she would be able to match her within Limbo, now that’s a different matter. It likely wouldn’t be an easy fight since Wanda’s power is still insanely effective, and it’s possible that she would challenge Magik in a very serious way. But in Limbo, where Magik is the ruler and the queen, so to speak, this battle would go much differently.

In a battle between those that aren’t likely to show their physical prowess, there are always several factors to take into account when determining who will be standing when everything is said and done. Between Magik and Wanda, it’s easy to state that there wouldn’t be much left standing. The trouble with spellcasters is that the collateral damage is immense, and any battle that takes place is going to clear the surrounding area out. Between these two women, it’s fair to say that it would be best if the fight took place in Limbo, or perhaps some area that wouldn’t suffer from such a tremendous battle. But who would take it? Well, that’s kind of a close fight to call, but in Limbo, it would be Magik. In any other dimension, it would depend on who was the quickest with a spell.