Home
Entertainment
Comics
Could Magik Take On the Avengers? 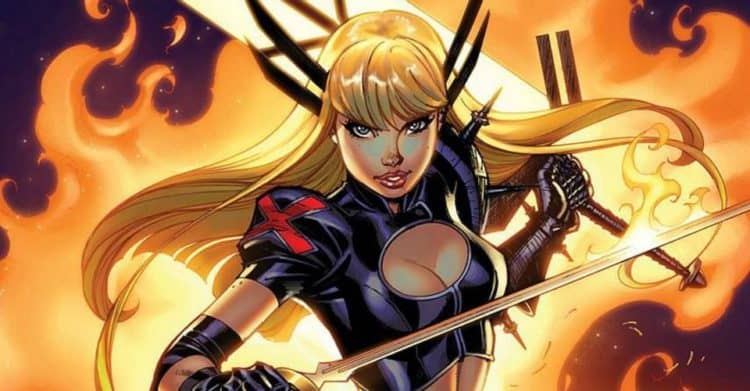 It’s very easy to talk up one comic book character or another, especially when their powers continue to change throughout the years. Throughout Marvel’s rise in the comic book industry, it’s been seen how both heroes and villains have come from very humble beginnings to possess the type of power that has allowed them to come close to godhood at times. What’s usually smart to do is to start with the thought that the writers determine who is going to win, since plot armor, MacGuffins, and any other trick a writer can use can bring victory or defeat, no matter who is set against who in the comic book world. Look at Squirrel Girl, no matter how ‘impressive’ she might be, there’s no possible way to justify how she could come close to beating the characters she has in the past. So keeping in mind that the writers are bound to make the best possible decisions, or at least the fans hope so. In wondering if Magik could take on the Avengers by herself, it’s not just a tall order, it’s something that could be insane to even think about.

Delving into who Magik is in the first place is important since Illyana Rasputin, younger sister to Piotr Rasputin, aka Colossus, is more than many have given her credit for. As a teleporter and a magic-user, she’s a serious threat, not to mention that she’s a skilled fighter. There are definitely a few Avengers that might give her a problem when it comes to their overall power and skill set, but it’s not at all difficult to assume that Magik could take on several of the Avengers at once without too much effort. Throwing in someone like Thor would, unfortunately, create a seriously tough proposition and it’s fair to think that unless the battle took place in Limbo that it wouldn’t be possible.

Making this argument might not appear feasible in the least bit, but when looking at what Magik is capable of, the idea becomes a little more reasonable. One on one, there aren’t a lot of Avengers that can take Magik since her powers stretch beyond the capabilities of many of the non-powered members, as well as several of those that do have a power of some sort. It also needs to be said that trying to pick a single Avengers team to pit Magik against would be kind of tough considering how many teams there have been over the years. As a child, Illyana would have had no chance, but after allowing her powers to develop and mature, there’s a good chance that she could take on a formidable Avengers team and wreck shop on them. In her strongest form, there’s a good chance that Magik would stand a good chance of giving even Thor a run for his money. But against anyone other than Thor, it’s fair to say that if they all went all-out and made a war of it, Magik would be coming out on top, not only because she’s insanely powerful, but because her powers could trump just about anyone given that she can transcend space and time, and could, in essence, beat the Avengers before they ever became a team.

One has to recall that Magik used to jump back in time without control, which doesn’t sound optimal at all but is still impressive enough since at this point she’s able to control her jumps and has gained a great deal of fighting experience over the years. Compared to several of the Avengers her fighting skills wouldn’t give her a serious edge but coupled with the magic at her disposal and the fact that she can teleport others as well as herself from one place to another, meaning that she could play divide and conquer with the Avengers to keep them off balance. There’s also the idea that the Avengers tend to operate with a sense of morality, meaning that they aren’t likely to kill anyone if they can avoid it. Their tactics are usually brutal enough to take just about anyone down, but Magik has been known to be particularly vicious in the past and hasn’t pulled a lot of punches.

So, can she take on the Avengers? Without Thor, yes, she probably could. Magik could likely dominate a team that doesn’t have the god of thunder as one of its members. Even with the Hulk, it might be a challenge, but it does stand to reason that Magik could hold her own and even more against an Avengers team that didn’t see her coming, and couldn’t counter her even if they were prepared. Think of it this way, if even a prepared Tony Stark couldn’t match Magik, since she’s out of his class then quite a few of the other Avengers wouldn’t stand a chance. But yes, Thor would be a huge roadblock.