Home
Television
WandaVision
One Theory that Connects WandaVision to Loki 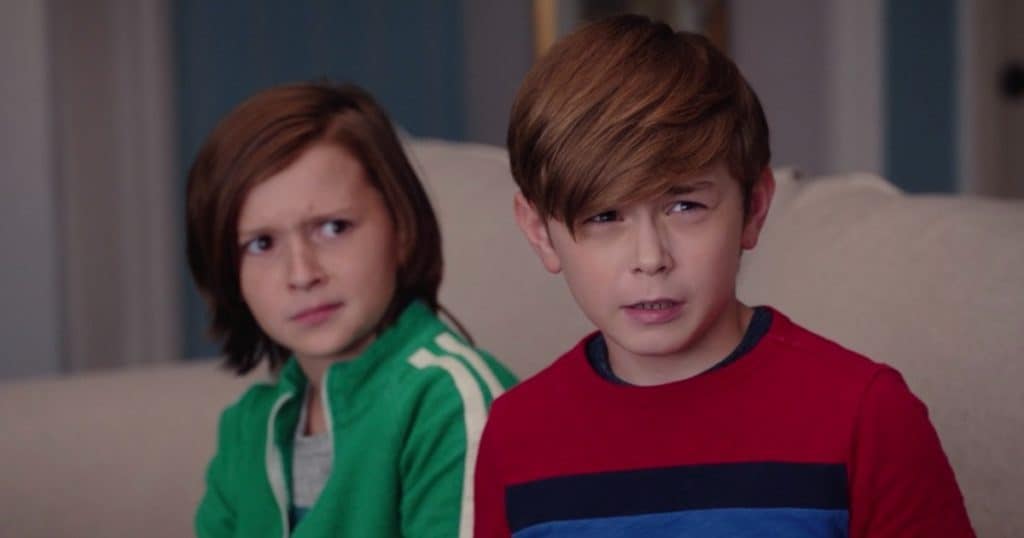 How many people were confused/angry/saddened by the fact that Vision, Tommy, and Billy couldn’t exist outside of Wanda’s hex in WandaVision? The answer probably varies from person to person, but the confusion that came during the post-credit scene when Wanda was studying the Darkhold and heard her sons call out to her is part of what’s sparked a theory that might connect WandaVision to the Loki series in a roundabout kind of way. The theory that the TVA is holding Billy and Tommy as variants, which they are to be certain since they didn’t belong to the Sacred Timeline along with so many others, is easily strengthened by Sylvie’s presence in the Loki series since we were shown her abduction. But the theory also goes into the idea that since Wanda’s kids are so powerful there’s a reason why they would be able to call out to her across the multiverse, meaning that they’re potentially more dangerous than many variants if they can use their abilities within the TVA. Much of this is becoming more than a little confusing as the timelines and the multiverse and the different abilities and power levels are being thrust into the mix together, but it’s also becoming much more intriguing.

Just imagine if Billy and Tommy are still around and will be brought into the MCU in a bigger way at one point. That could open up a serious number of possibilities that would involve a very high-powered story that would continue to boil and churn until finally, something had to break. The TVA is already seen as a rather troublesome and not too pleasant entity in the MCU thanks to their draconian practices of wiping out timelines and eliminating variants, but if they prove to be something far less benevolent than they already have it’s easy to think that the chaos that they’re supposedly keeping at bay is bound to strike back harder and with more force than be imagined since Wanda, Billy and Tommy, Sylvie, Loki, and many others are definite proponents of chaos, and it’s already been established that they don’t like being caged or threatened.

The TVA is still formidable to be certain, and with Billy and Tommy still being kids, it’s fair to say that they’re still quite vulnerable and need help. But with an amped-up Scarlet Witch, who will no doubt be ready and willing to defend her boys, on the loose then it’s fair to say that the next step is going to be seeing what Wanda will, and can do to disrupt the TVA, since if she can take on Thanos without having fully realized her powers and the potential she still has, then it’s fair to say that the TVA would have to buckle down to even touch her. Then there’s still the idea of the Vision coming back in his current form, and the possibility of Agatha Harkness breaking free of the mental prison that Wanda stuck her in, and even the influence of Doctor Strange that might come later. This theory has a way of branching out quickly, kind of like we’ve seen in the Loki series with the Sacred Timeline. Now that things are in flux it’s only fair to think that it would be the perfect time for a bit of chaos to come crashing into the party and make the kind of waves that the TVA is apparently there to prevent.

Of course, magic isn’t supposed to work in the TVA, but would that still apply to Wanda if she came crashing into the halls? If the TVA were holding her children and she found out about it, would there be enough hunters to take her down? There are a lot of questions to consider when it comes to this matter since Billy and Tommy have spent only a brief amount of time in the MCU so far, but it would appear that they’re not done thanks to the post-credits scene in WandaVision, and to be honest, a lot of fans are likely hoping that we’ll get to see them again, but some might be thinking that this theory is less likely and that someone like Mephisto is being prepped for arrival by using the boys in this manner. It’s hard to say for certain, but there’s little doubt that people would for it to be true.

The TVA is definitely an obstacle for many and a bastion for some since it’s supposedly there to keep things working as smoothly and calmly as possible, but at the same time, it’s already been seen to be brutal when it comes to wiping out errant timelines. If Billy and Tommy are being held by the TVA and Wanda gets word of it, that sounds like an epic battle in the making that many people would want to see.