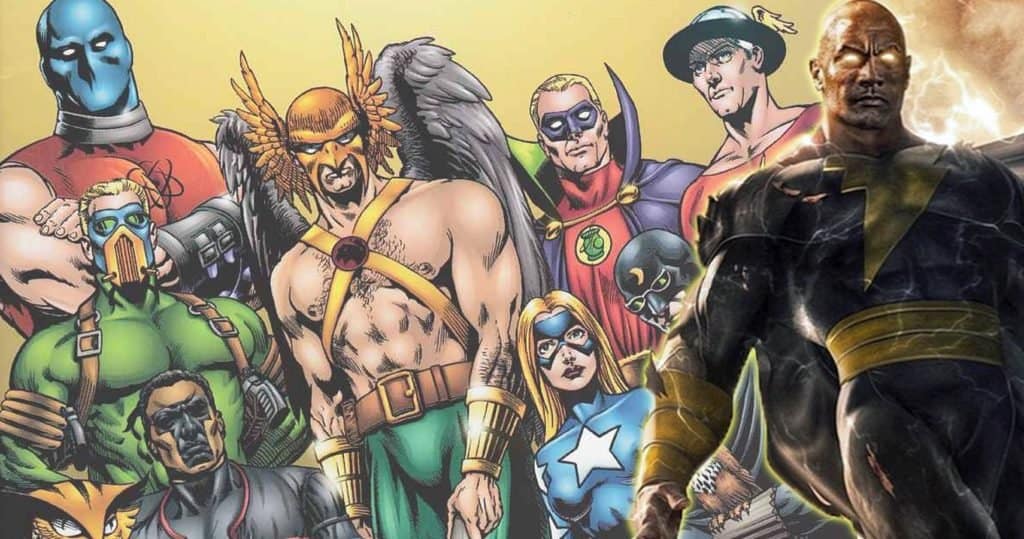 Much like reboots and remakes, spinoffs appear to be the order of the day since it’s already being discussed how a few characters in the upcoming Black Adam movie might get their own movies and how far DC could run with this idea. You can bet that Marvel has already been thinking about this as well since this could be the future, or the near future at least, of the comic book movies. To be fair, there’s a lot of setup in Black Adam since the movie will feature a few different characters such as Hawkman, Doctor Fate, Cyclone, and others that could eventually get their own spinoffs that might become TV series or movies depending on what DC wants to do. This does sound like a plan that could backfire after a while since too many heroes and villains in too short of a time could produce a great deal of fatigue that would cause people to turn away from the movies and the shows in a manner that wouldn’t be conducive to growth. That’s a possibility anyway, and it’s one that DC has likely been thinking about.

Black Adam has been anticipated since Shazam first showed up on the scene, and now that he’s on his way to the big screen it’s easy to think that a lot of people are going to be expecting a great deal from the villain and will likely be ready to see the other characters that he’ll be introducing as well. But whether or not they’ll be ready to deal with the spinoffs to come, if they do happen, is another matter entirely. When one takes the time to look around they’ll be able to realize just how many characters there are in the comics, and how giving them all spinoffs could be a less than stellar idea when it comes to saturating the movie theaters with one after another of these movies.

Some might think of it as a dream come true, but that dream might wear thin far quicker than they’re anticipating since the whole idea of seeing a comic book movie come to life has been great in the past few decades, but there is the danger of seeing too much of it. True, Black Adam hasn’t come out yet, and things have slowed down a bit when it comes to new releases, but at the same time, it already feels that when things begin to speed up again, people are going to be divided between wanting more and wanting less. It kind of all depends on how things go, to tell the truth since it could happen that Black Adam could tank, perish the thought, or it could happen that the characters might not come off as DC want them to. There are a lot of factors to think about when it comes to how spinoffs will work and if they’re even going to be worth the effort. No one wants to think that they won’t be worth it, but the truth of the matter is this, there have been a lot of comic book movies and shows that have appeared over the last three decades, and while some of them have been absolute masterpieces, others have been less than worthwhile.

Plus, no one wants to say it apparently but it’s easy to think that a lot of people have noticed it, DC tends to put a lot on one character at a time in the hopes that this character will bring a level of interest back to the DC universe that might kickstart the franchise in a new way that will continue the success that they’ve found with several of their movies. They might not be putting all of their chips in one stack, but they definitely appear to be betting heavily on one character after another when it comes to reviving the belief that their brand will become far more dominant in the days to come. The funny thing about this is that DC tries to make it clear that they’re not in competition with Marvel or anyone else, but their approach to the movies and TV shows are still very close to the same, though they’ve obviously done far better on TV than Marvel for quite some time.

However it works out, it would appear that Black Adam could be a linchpin for the DC universe and could be responsible for bringing in some of the lesser-known DC characters that people might be wanting to see a little more of in the days to come. On top of that, he could become a major player in the DC universe since in the comics, Black Adam isn’t someone that’s a flash in the pan individual that might be there for a few issues and then leave. This character is bound to be one to watch.