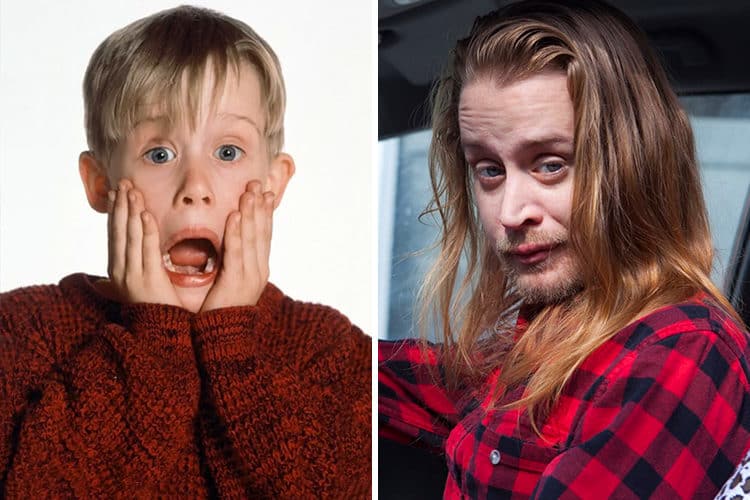 There’s news that makes a person think and then there’s news that makes a person say aloud “WTF??”. The news that Steve Seigh of JoBlo and many others are circulating at this point about Macaulay Culkin joining the tenth season of American Horror Story however are definitely somewhere in-between those two settings considering that he’s never really had a starring role, even as a guest star, in a show like AHS, and it could be just what he needs to break back into the spotlight if he’s lucky enough. The only drawback to be seen at this point would be that he might be a bit-player that either comes and goes or is there for a short period of time and is then taken out of the season entirely. It’s happened that actors have been axed early on, but in a weird way, despite predicting that he’s the guy that gets killed early on, I personally would like to see what he’s got at this point and if he could help make the next season any more interesting. It’s already going to be getting a little better since Sarah Paulson and Evan Peters are coming back, as are Kathy Bates, Billie Lourdes, and many other regulars that a lot of fans will be glad to see.

The hope of a lot of people is that season 10 will be a turnaround from season 9, which has gained a great deal of criticism from fans despite the excitement leading into it. Perhaps one thing I can say from my own experience with the show was that it ended up revealing its murderers far too early in order to unload an orgy of gore throughout the rest of the season as one panel at a time appeared to unveil a new threat, a new killer, and a new legend at the camp that viewers had yet to think about. In a big way it was almost as though the creators were simply tossing in new ideas as they went along without having anything really mapped out, but to think in such a manner would be to lose the kind of faith in the show that has kept so many watching throughout the years. Being serious, I almost stopped watching around season 7 considering the source material that was being used and the fact that the show started pushing politics in a big way despite the fictional quality of it all. Without any insult meant towards anyone this is a horror show, and yet it’s definitely had a very strong message throughout the years that some might say is its own little conspiracy.

Disregarding that for the moment, 1984 wasn’t all bad since it did have a decent story and kept more or less with the idea that spirits slain in a certain spot, especially a location with a dark history, tend to stick around and can’t leave unless they have someone very powerful helping them along. Remember that Queenie couldn’t leave the Hotel Cortez after being murdered by its chief ghost, James Patrick March. And in season 8, Michael was out of luck when he was left dying in the street and couldn’t return to Murder House, where his spirit would be bound forever. The idea of spirits sticking around once they’re dead and becoming either playful or malicious is a recurring theme in the movies, so it’s always easy to think that we might end up seeing a season in which favorite characters come back or an idea from a past season is brought to bear upon the current era. There are still a few ideas that haven’t been played upon as Asylum hasn’t been brought back into the fold yet, at least not in any easily discernible manner, and there’s always room to try and bring other ideas into the mix. It’s a big world after all, and there are plenty of ghost stories to tell across the miles that could find a way to coincide with each other.

But to see Macaulay Culkin make his way back into the spotlight is going to be strange at first since a lot of people are probably slapping their hands to either side of their face right now trying their hardest to guess just what role he’ll be taking on while others are likely to be scanning the internet in the hope of finding even the tiniest tidbit of information that will allow them to understand what part he’ll be playing and why. For the rest of us, it’s better to continue to wait and anticipate just what might come, since it’s been a while between big appearances, and expectations might need to be kept at a minimum for now. There’s nothing to say that he’ll be bad at it, but there’s every reason to think that it’s best to just wait and watch to see how he’ll do.