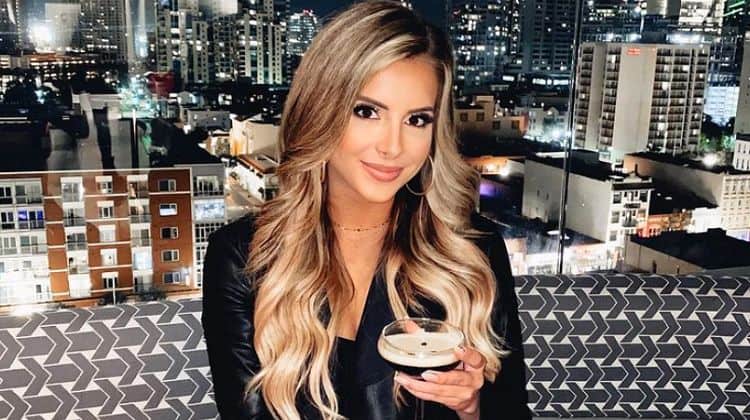 Lindsay Dobbs hasn’t had the best luck when it comes to relationships. Despite that, she has refused to give up on the possibility of finding true love. She decided to take her search all the way to reality TV by joining the cast of season 26 of The Bachelor. Lindsay was looking forward to getting to know Clayton Echard, but sadly her time on the show was cut short. Lindsay was one of the first women to be eliminated, but she still believes that her perfect match is out there somewhere. Even though things didn’t work out the way she wanted them to, she is still grateful for the experience. Plus, thanks to her time on the show, Lindsay probably won’t have any shortage of people who are interested in her. Keep reading to learn 10 things you didn’t know about Lindsay Dobbs.

Lindsay is no stranger to going after the things she wants in life. She has found lots of success in her career and she currently works as a NICU nurse in the Jacksonville, FL area. She is very passionate about providing her young patients with the highest level of care possible.

Lindsay’s good looks are one of the first things many people notice about her, and they have given her access to lots of opportunities in life. In 2013, Lindsay was crowned Miss Teen America. She was representing the state of Georgia. It’s unclear whether she competed in any other pageants.

In 2019, Lindsay’s world changed forever when she welcomed her daughter, Kollier into the world. Becoming a mother has been an incredible experience for Lindsay and her daughter has become extra motivation for her to chase her dreams. We weren’t able to find any information on Kollier’s father.

4.  She Likes to Watch Christmas Movies

Traveling is one of those things that not everyone gets the chance to do. Needless to say, Lindsay is very thankful for the opportunities she’s gotten to see the world. She has visited several countries over the years including Turks and Caicos, Rwanda, and Mexico. She has also been to lots of places across the United States.

Taking care of her body and staying in shape are two things that are important to Lindsay. However, that doesn’t mean that she eats healthy all the time. Taco Bell is her guilty pleasure. Sure, Taco Bell doesn’t have the best reputation in terms of quality, but the greasy goodness is hard to resist.

7. She Comes From A Close Family

Lindsay comes from a very close-knit family, and she hopes to continue that tradition with her daughter. She has very tight bonds with her parents and she loves hanging out with them whenever she can. Having support from her family has definitely made things easier for Lindsay over the years.

There are plenty of people out there who just wake up every morning and throw on any clothes they can find, but Lindsay isn’t that kind of person. Lindsay loves putting her personality on display through her clothing. Her style is fun and colorful and she isn’t afraid to get a little creative with her outfits. No matter what she has going on for the day, you can trust that Lindsay is going to show up looking cute.

9. She Enjoys Hanging Out At The Beach

Lindsay is originally from Georgia, but she has officially become a Florida girl. Jacksonville is known for its beautiful beaches, and Lindsay likes to spend as much time there as she can. Whether she’s jumping in the ocean to go for a swim or hanging out on a boat, Lindsay looks forward to any chance she gets to go to the beach.

As a single mother with a career, Lindsay probably doesn’t get as much time to herself as she would like. However, when she does get a moment to unwind, she likes to do it with a good book. Lindsay loves kicking back and getting caught up on a good story. Every once in a while, she shares photos of the books she’s reading on Instagram.