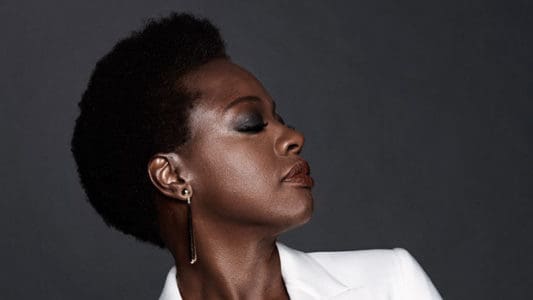 Set in one of Oprah’s favorite places, Maui, Oprah + Viola: A Netflix Special Event opens with a beautiful sunrise that can only be from God Himself. This is a spiritual affair. The media mogul’s home is all sorts of welcoming, with birds chirping and rows upon rows of lush vegetation setting the mood for the day. This serene ambiance is only but a shadow of the tumultuous life Viola Davis has endured. Somehow, she worked her way up long enough to share her journey with the world. Details of Viola’s humble beginnings and rise to the biggest acting stage in the world are scribbled in a memoir, Finding Me, whose title is an ode to the badass storyteller she’s become. The 48-minute masterpiece by Harpo Productions is loaded with gems that many of us can relate to. Here are a few of them:

8. Authenticity Is Recognizable From Miles Away

Anyone who’s familiar with Oprah’s book club knows that she hardly ever picks a memoir. When she read the first paragraph of Finding Me, she instantly knew it was going to be a perfect read. “ What a wonder! What an incredible life that you have manifested!” Oprah tells Viola. Reading Viola’s introduction set her soul on fire, so much that she shared the book with her best friend for decades, Gayle King. The impact the book had on her is unexplainable. Oprah wants the entire world, or most people in it, to be familiar with Viola’s story.

7. Success May Not Be What We Think It Is

Just like most of us, Viola had her ideas about success. Through the years, as she rose up the acting ladder, she had strong expectations that the heavens would open up. It was going to be some sort of ‘happily-ever-after’ in which she would joyfully experience her craft at its peak. Experience it she did, except instead of excitement, there came more exhaustion than she’d hoped for. In her friendships, she saw more imposters than she could count, and people went as far as overstepping their boundaries. That, in addition to the pressure of unseen responsibility, was enough for her to redefine ‘home’.

As much as she was experiencing a lot of clutter in her life, Viola knew things could be different. Though the feeling of discomfort was evident, she had no answers. To find the true meaning of home and what it looked like for her, she needed to do a little digging. “ The only thing I could think was to go back to the beginning of my story,” Viola tells Oprah. Only the purest form of Viola could be able to give her the guidance she required to define what it meant to be home. Just like Viola, home means different things to each one of us, and the only way we can know what that looks like is by looking into ourselves on our own without the interference of anyone else.

Besides a poverty-stricken background, Viola had to deal with bullies in her childhood who called her an ‘ugly black n****’ In school, her feet would be right next to the door, waiting patiently for the bell to ring so she could sprint before the bullies caught up. That moment pretty much defined most of her life. Though she grew more successful in her career and put on a mask of bravery, she may have not had to run, but her feet never stopped moving. On the outside, she had this confidence and urge to not let people see her sweat, but when she was behind closed doors, she was a damaged little girl who believed she was ugly and not good enough.

4. Healing Reveals Ugly Parts Of Ourselves

The truth about Viola’s journey to healing is embedded in the wise words of Joseph Campbell: “As you go down this path of transformation, of really trying to become your ideal self, you’re gonna meet the part of yourself that you don’t wanna be.” Going on the inside forced Viola to see all of her flaws. She came face to face with the things that caused her pain. “ And then, you hope that when you meet that self that you no longer wanna be, you have two choices at that point; you could stay there and be swallowed, or you can move on. I chose to move on,” Viola says.

3. Parents Are Simply Doing The Best With What They Have

You know you’ve had it rough when Oprah, whose childhood in Mississippi involved wearing sack clothes, tells you yours was hell on earth. In an excerpt of Finding Me, Viola gives details of how ‘po’ they were. From flashing the toilet with a bucket, avoiding the kitchen because it was filled with rats who sometimes chewed on the heads of their dolls, to frozen pipes, Viola and her family’s level of ‘po’ was unprecedented. As an adult, Viola had to make peace with the fact that her parents were simply trying to do with the lemons life had handed them. They did the best they could with the little they knew.

2. Forgiveness Is Giving Up The Thought That The Past Could Have Been Any Different

As a child, Viola was not only in an impoverished home, but a violent one. She recalls an incident in which her father was about to hit her mother, and she had to step in. She did not have the emotional maturity to understand the gravity of what that moment meant then. Only later did she understand that he was dealing with his own demons. Eventually, Viola had to make peace with her past by forgiving him. Part of that involved letting go of the thought that the past could have been any different. Before her father passed away, their relationship was in a much better place.

1. You Can Create The Life You Want

Viola made it out. The key, says, was in the gift God had bestowed upon her. Although she had no idea how she could make a living by majoring in theatre, it was best that she tried. Along the way, there were people like her acting coach Ron Stetson who made her feel seen. Her dreams became bigger than her fears. Viola engineered her life down to the kind of man she wanted. Julius Tennon, with whom she shares an adopted daughter, Genesis, and co-runs JuVee productions, is the wind beneath her wings. That Viola has achieved her dreams and then some is a no-brainer. Just as she managed to find herself, you can too.