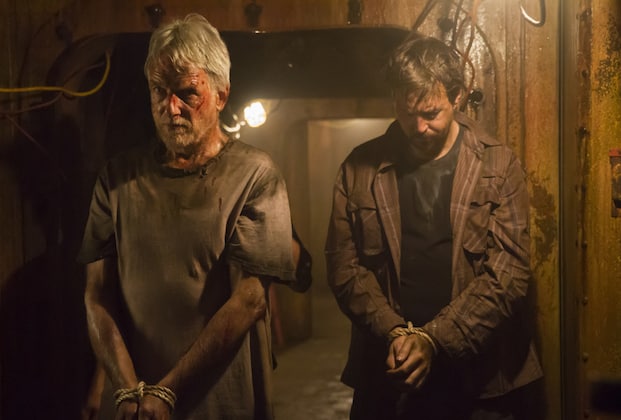 NCIS remains popular. For proof, look no further than the fact that it is on its 15th season, which is much more than what most TV shows can expect. Regardless, the premiere for the 15th season has resolved some loose ends from Season 14, which setting up some plots for the rest of the season to follow.

What Happened in the Premiere for Season 15 of NCIS?

At the end of Season 14, Gibbs and McGee were left behind in Paraguay after attempting to rescue some local children in an unsanctioned operation. As a result, the two are captured by the Revolutionary Armed Council in spite of Torres pointing a gun at the head of the pilot for the evacuation helicopter. Suffice to say that the pilot is more than capable of recognizing a lost cause when he sees it, which is why he refuses while citing a lack of sufficient fuel.

After two months pass following said incident, we see that Bishop has assumed command of the team. Unsurprisingly, the team has launched an investigation into the location of Gibbs and McGee, which is going against the orders of the Department of Defense. The whole process is made even more complicated by a Congressional plan, which is less than pleased with how the unsanctioned operation ended up interfering with another operation being run by the Department of Defense.

Meanwhile, it is revealed that both Gibbs and McGee are alive if not well, which is unsurprising because nothing about the narrative made us suspect that either character were being killed off. The premiere does not go into gratuitous detail about their treatment, but suffice to say that they are being tortured by their captors. However, the two fake a fight that enables them to steal some weapons, which in turn, enables them to make their escape.

With that said, the escape would not have been successful without the rest of the team, who were fortunate enough to be provided with clues that led them to the location of Gibbs and McGee. As a result, they are able to send an evacuation helicopter to their location, which is met with the official disapproval of the Congressional panel but the behind-the-scenes back-patting of the same. This means that Gibbs and McGee are able to make it home to a welcome from the rest of the team, though the narrative makes it clear that the whole incident has left its marks on them.

What Can We Expect from the Rest of Season 15?

There are a couple of things that are interesting to note about what the premiere means for the rest of Season 15. First, it is clear that Gibbs has received some trauma from his treatment, which is perfectly understandable. As a result, it seems safe to say that how he copes with his trauma will be covered over the course of Season 15. Second, it is interesting to note that Quinn was a no-show in the premiere because she had to take care of her mother, which can be attributed to the fact that the actress Jennifer Esposito is being replaced by Maria Bello starting in Episode 4. Summed up, the premiere of Season 15 was pretty much exactly what NCIS fans can expect from the TV show, while also doing its best to prepare the way for subsequent storytelling.