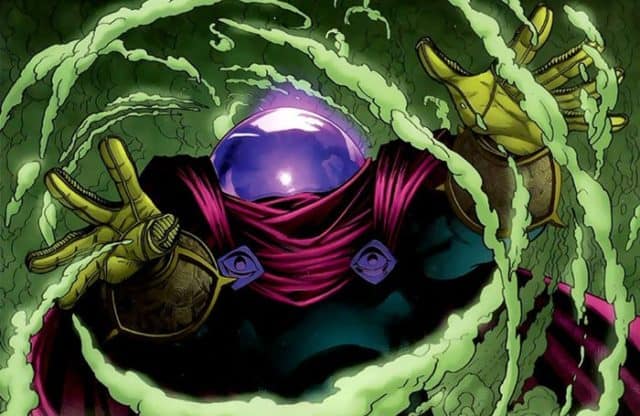 There are a lot of comic book villains out there, in some cases there are more villains than heroes. Why would this be? Maybe being bad is a little more fun than walking the moral tightrope of justice, or something like that. Whatever the case, there are a LOT of Marvel villains out there that are just itching to get a bit of payback on their nemeses for one reason or another. It could be they used to be allies and now they’re not, or the hero just interrupted their master plans, or something far more diabolical that turned them to a life of crime and didn’t allow them to stop. However it happened there are some very disturbing villains out in the Marvel universe, but some of them look kind of ridiculous. Even so, their powers are just flat out creepy, and more than a little dangerous.

Yes, that’s really his name. The guy carries around a big pot of paste and makes things sticky. Yep, that’s it for the most part. He did manage to step up his game at one point though and started getting smarter about the things he pasted. For instance just think about a guy like this entering a fight as a backup or support and going largely ignored as he goes around spraying his paste at whoever he chooses. Should you find your feet stuck to the floor suddenly or your hands stuck to something that won’t move with you, chances are you just became easy pickings.

Just like he sounds, this guy is covered in large black spots that bring the old Looney Tunes cartoons back to mind. Not only that, but trying to kill the guy is essentially useless. He is powered by the Darkforce that gives Cloak his powers and is pretty much invulnerable to being slain. As a matter of fact the holes that adorn his body are his only superpower, but as several heroes have found out they work pretty well.

So wearing a fish bowl on your head and dressing up in what looks like couch fabric is what constituted the look of this villain. Despite the silly appearance though he does have a power that is extremely useful and very devastating when put to good use. This is a guy that’s actually fooled the likes of Daredevil and Wolverine, two guys who are known for their extrasensory perceptions. Wolverine actually killed the entire team of X-Men in Old Man Logan, which, regardless of what Mysterio says in the graphic novel, is a little more impressive than it would have been had Logan actually killed the super villains he thought he was fighting. After all, the X-Men know his weaknesses and should have been able to shut him down.

This goes to show that you can’t exactly count the sillier villains out of the fight that easily.