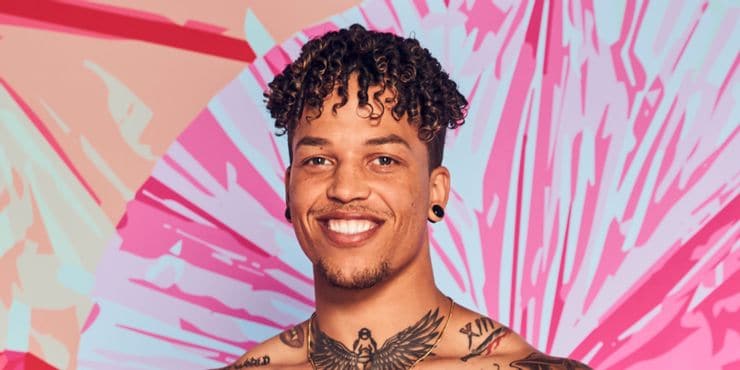 There are lots of dating competition shows out there, but Love Island is truly one of a kind. During each season, contestants aren’t just looking for love, they’re also looking for money. Korey Gandy is really excited that he has a chance to get both. His handsome face and charming personality are definitely going to be a hit with the ladies, but he’s going to have to show more than that if he wants to make it all the way to the final episode. Hopefully, Korey’s time on the island is everything he was hoping for and more, but we’ll all have to tune in this season to see how things go for him. Continue reading to learn 10 things you didn’t know about Korey Gandy from Love Island.

One of the cool things about Love Island is that the contestants on the show come from all over the country. Korey Gandy was born and raised in Virginia Beach and he still lives there today. He’ll have to kick that southern charm into overdrive if he wants to win $100,000.

2. He Has An OnlyFans

Once news broke that Korey was going to be a cast member on season three, lots of people wanted to learn more about him. Unfortunately for them, though, there isn’t much to find. Korey is active on social media, but he likes to keep his posts focused on his interests and not his personal life. Outside of basic information about where he’s from, there really isn’t much online about Korey’s private life. More than likely, we’ll get to know more about him on the show.

Korey doesn’t just have a handsome face, he also has the brains to go along with it. Korey attended Old Dominion University where he earned a bachelor’s of business administration in 2015. The fact that he has a business degree is something that many women on the show may find attractive.

5. He Works For Enterprise

Korey may not be putting his business degree to use just yet, but that doesn’t mean he isn’t gainfully employed. According to Korey’s LinkedIn profile, he is currently a branch manager at Enterprise Rent-A-Car. He has held the position for more than five and a half years.

Staying active has always been one of Korey’s top priorities and he’s all about keeping himself in the best shape possible. However, staying in shape isn’t just something Korey does for fun. He has competed in several bodybuilding contests and it’s clear that he takes his training very seriously.

Korey is the kind of guy that loves a good adrenaline rush here and there, and riding motorcycles is a fun way for him to get it. He owns a Harley Davidson and he loves to go out and ride as often as he can. He even has an entire highlight section on his Instagram profile dedicated to his bike life.

Competitive bodybuilding isn’t the only way Korey likes to keep himself in shape. He also enjoys kickboxing and his Instagram profile shows several videos of him in action. No matter what he’s doing, Korey is a very fierce competitor and this is something that will come in handy during his time on Love Island.

9. Love Island Is His First Show

Korey definitely has a face for TV, but Love Island is going to be the first time he gets to show it off. From what we can tell, he has never been on any other show. Once he gets his foot in the door, though, he may decide that he wants to stick around and see what other kinds of opportunities the entertainment industry has to offer him.

10. He Already Has A Decent Social Media Following