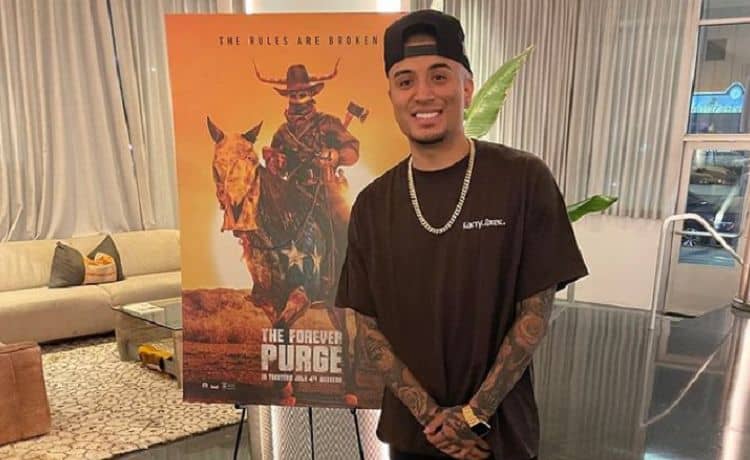 Who doesn’t love a good comedian? We all love a person who can make us laugh, and it’s even better when they are naturally funny about it. Justice Alexander is one of those guys, and it’s made him hugely popular. The social media star hit it big on TikTok with his comedy videos, and now he’s everywhere. If you don’t follow him or even know who he is, it’s time to learn everything you can about the man who is behind the comedy.

Something that sets Justice Alexander apart from the crowd (the TikTok crowd, that is) is the fact that he was born in the 80s. So many of the kids on the app who are making a name for themselves are hitting it big in their teens and early 20s, and most of them were born in the new millennium. Alexander, however, was born on April 29. 1989.

2. He Goes by Another Name

If you look him up and don’t find much information using his name, it’s all right. Try looking him up using the other name he goes by. He is often referred to online by LGNDFRVR (legend forever). He goes by this in a lot of his work, and it’s not uncommon for his fans to know him by this rather than anything else.

When he’s not busy making us all laugh, he’s busy doing other things. He’s got a flagship store in which he sells his fashion merchandise. His brand is called Bomaye. He opened his flagship location in Van Nuys, California, and he is loving the work he is doing there.

This is a man who has some serious talents. He’s a comedian, but that doesn’t mean he doesn’t have a serious side. Something that many people find interesting about comedians is when they focus on things that are a bit deeper. Justice Alexander is funny, but he does take things seriously. His poetry, for instance, is something he’s taking very seriously. He focuses on writing it when he is feeling it, and it’s something he is quite proud of.

He’s also an actor. Of course, this is not unheard of when you are a comedian. He’d like to pursue a career in acting and see where he can take that. He already knows he has many fans who would check him out if he were to land a role in a sitcom or a comedy film. He wants to see what avenues he can pursue in addition to the work he is already doing, and he’s made it clear this is something he’s going to continue to work on.

Modeling is another avenue worth pursuing in his career. He has modeled some in the past, and he certainly models for his own brand. However, he’s working on his own thing and will continue to take on gigs he feels are right for his brand and his future. Modeling is not out of the question for him, and why should it be?

We might not know where he was born and raised, but he is in California now. He’s been there for some time. He did, after all, open up his flagship store in California when he was only 24. This tells us he’s been in California for at least 8 years or so at this point.

His biggest role in life is not his TikTok or his store or his comedy. It’s his kids. He is a dad, and he is a proud one at that. He is a father of three, but he does not share too much personal information about his kids or their mom, though he does feature them on his Instagram often. He has a daughter, and he has two sons.

This is one guy who is a great dad. He often shows himself playing with his kids, running around with them, and he features them in his work all the time. He’s very good about sharing them enough to satisfy his followers, he never shares too much information about them. He does make it clear, though, that they are the most important thing in his life and he is proud to be a father.

10. His Girlfriend is Popular, Too

Her name is Des, and she has her own Instagram account that features more than 633k followers. She and her boyfriend both share their kids and their life together, and they are the cutest family. They seem very happy, and we wish them the best.

Spider-Man 2 vs. Spider-Man: Into The Spider-Verse: Which Film Reigns Supreme?

“Downton Abbey: A New Era”: Where Else Have We Seen Hugh Bonneville?
Comics Lists News Things You Didn't Know Whatever Happened To