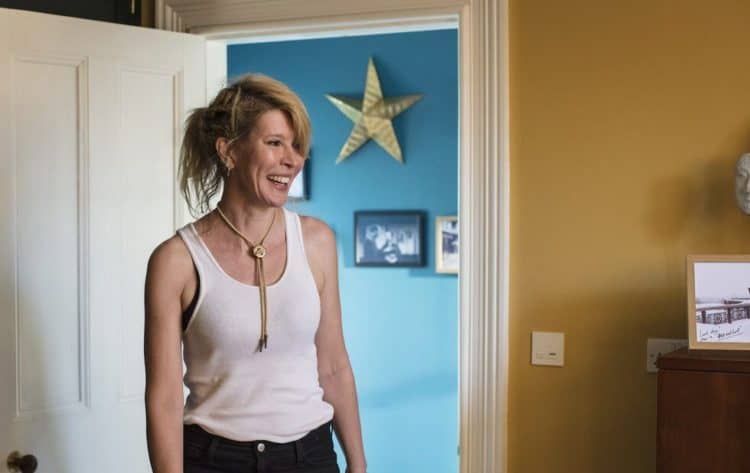 Making people laugh on a regular basis isn’t an easy thing to do, but Julia Davis manages to do it with ease. Throughout her career, she has become very well known in the British comedy scene, and she’s also earned respect all over the world. Although lots of work tends to be on the dark side, she is also known for being silly. She is best known for her roles in films such as Love Actually and Four Lions. Although Julia has yet to make an on-screen appearance in 2021, her fans will be happy to know that she has a handful of projects in the works that are sure to keep them entertained. Keep reading to learn 10 things you didn’t know about Julia Davis.

1. She Likes Playing Characters With A Bit Of A Dark Side

There are lots of actors who shy away from playing ‘bad’ characters out of fear that some sort of stigma will be attached to them. However, Julia feels the opposite. When discussing her interest in playing characters who aren’t always the most pleasant, Julia told HBO, “There’s something so fun about it. In my real life, I worry about what people think of me, what I’m doing, am I doing the right thing? It’s a relief to play someone so selfish and so rude.”

2. She Lost Both Of Her Parents To Cancer

People may find it easy to look at Julia’s life and assume she has it all. However, she has dealt with her fair share of challenging moments in life, including both of her parents being diagnosed with cancer. After her 2016 film, Camping, both of her parents died from the disease.

Julia has never been one to go into great detail about her personal life, but we do know that she is a devoted mother. She and her partner, Julian Barratt, have a set of twins, however, she hasn’t shared much about her children. The family currently lives in North London.

4. She Has Lots Of Behind-The-Scenes Experience

Actors are the people who tend to get all of the attention in glory, so it makes sense that most people are only familiar with Julia for the work she’s done as an actress. However, her career has been made up of so much more than that. She is also a talented writer, director, and producer.

5. She Doesn’t Typically Read What Fans Are Saying About Her Work

The internet has made it easier than ever for people to leave feedback about movies and TV shows, and it can become very overwhelming for people who work in the industry. Julia isn’t the type of person who goes out of her way to see what people are saying about her projects and that has helped her maintain peace of mind.

6. She’s Not Into Social Media

Julia has built a large fan base during her career, and there are countless people who would probably love to keep up with her on social media. Unfortunately for them, they won’t have that chance. As far as we can tell, Julia doesn’t have verified accounts on any social media platforms.

To say that Julia has done a little bit of everything would be an understatement. Most of what Julia has done over the years has been live-action work, but she’s also put her voice to good use. She has several voice roles including animated series such as I Am Not an Animal and The Shivering Truth.

8. She Still Gets Nervous About Her Work

Those who have seen Julia’s work would agree that she always comes off as confident, but that isn’t the only thing she feels when she’s putting on a show.  Even after all the years she’s spent in the industry, Julia still feels a little anxious when approaching a new project.

9. She Has A Podcast

In 2018, Julia started a podcast called Dear Joan And Jericha with fellow comedian Vicki Pepperdine. Unlike the talk show podcast format that has become popular in recent years, both Vicki and Julia are playing characters in Dear Joan And Jericha. No new episodes have been posted since March of 2021 and it appears that the show has gone on hiatus.

Finding stability as an entertainer can feel impossible, but it’s something that Julia has managed to do. According to her page on IMDB, she currently has 66 acting credits (including film roles). If she continues at her current pace, she’ll likely reach 100 credits in the next several years.