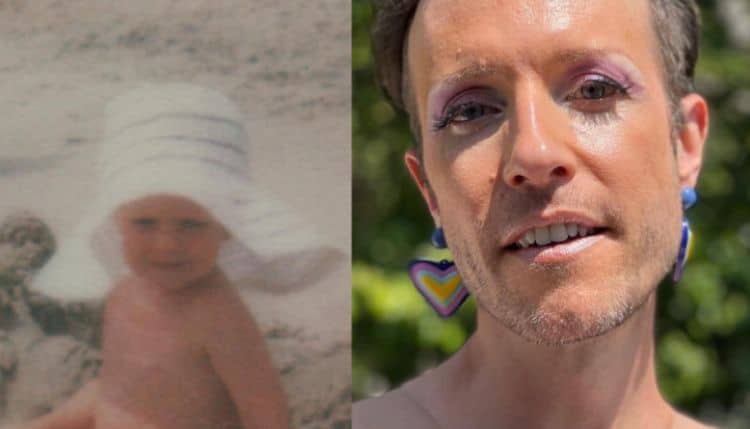 Like many other people in the LGBTQ+ community, Jeffrey Marsh has had to endure lots of hatred and negativity over the years. While it would have been easy for them to give up on humanity and develop a negative outlook on life, Jeffrey managed to find a different path. Several years ago, they began using social media as a way to share their story and inspire others. Since then, they have become an online celebrity as well as an inspiration to LGBTQ+ people and allies all over the world. Jeffrey’s social media following includes hundreds of thousands of people and that number is only going to keep growing. Keep reading for 10 things you didn’t know about Jeffrey Marsh.

1. They Are From Pennsylvania

Jeffrey was born and raised in the York, PA area where they grew up on a farm. From an early age, Jeffrey knew they were different and as a result, they faced lots of struggles when trying to connect with their peers. Those experiences are a big part of the reason why they decided to become active on social media.

Jeffrey has a bachelor of fine arts degree in theater from the University of the Arts in Philadelphia. According to their IMDB page, they currently have one acting credit for a minor appearance in a 2016 episode of KTLA Morning News. Now that they have found another path, it’s unclear if Jeffrey still has plans to pursue acting.

3. They Are An Author

Socia media isn’t the only place where Jeffrey has shared their content. According to their website, “Jeffrey was also the first nonbinary author to be offered a book deal with any “Big 5″ publisher, at Penguin Random House”. Their book, How to Be You: Stop Trying to Be Someone Else and Start Living Your Life was released in 2016.

Instagram and TikTok are the platforms where Jeffrey has built the biggest followings. While these platforms are great for shorter videos, YouTube is the place to be when it comes to long-form video content. Jeffrey started his YouTube channel in 2007 and now has more than 20,000 subscribers.

Jeffrey is a very spiritual person and they have been practicing Buddhism for several years. Although many people in the LGBTQ+ community have difficult relationships with organized religion, following Buddhism has been a very instrumental and positive experience for Jeffrey.

If you love following Jeffrey on social media but would like to connect with them directly, their coaching services may be exactly what you need. The coaching page on their website states, “Coaching with me via Zoom is based on acceptance. In my years of coaching, I’ve seen that the ‘something wrong with me’ belief has proven to be a fundamental pillar of self-hate and self-judgement. You need to get over ‘there is something wrong with me.”

7. They Love Interacting With Their Supporters

Thanks to their social media activity, Jeffrey has gotten to connect with people from all different parts of the world. They are very grateful for all of those who have supported him throughout their journey, and they enjoy being able to engage with their supporters whenever they can. That said, it’s fairly common to see Jeffrey responding to people on Twitter.

8. They’ve Been Posting on Social Media Since Vine

When it comes to social media, Jeffrey isn’t new to this, they’re true to this. Even though it’s all about TikTok and Instagram these days, Jeffrey has been doing this since Vine. All of the millennials out there will surely remember the relatively short-lived social media platform that was popular for its six-second videos.

9. They Don’t Let Haters Get to Them

While it’s true there are lots of people who love and support Jeffrey, they have also had to deal with more than their fair share of haters over the years. Jeffrey has experienced cruelty in many forms including some conservatives accusing them of grooming young people. No matter what people say about them, though, Jeffrey has done a good job of not letting the negative comments get under their skin.

10. They Are Passionate About Fighting Against Bullying

Jeffrey’s platform is all about positivity and kindness. More specifically, however, they have often spoken out against bullying and the harm that it can cause. As someone who was bullied for several years, Jeffrey has first-hand experience with this. They hope to use their platform to share anti-bullying messages and help inspire people to treat each other with respect and kindness.