Home
Television
Jane the Virgin
Jane The Virgin Season 4 Finale Review: This Twist Will Test Jane, And Us All 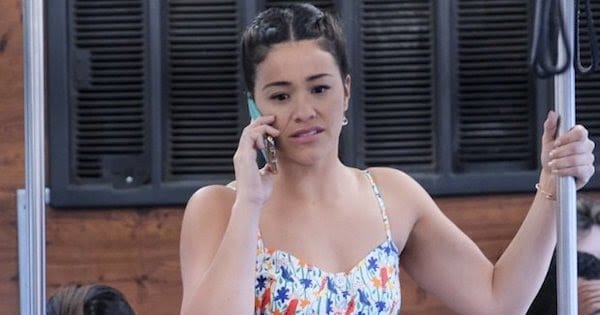 You could not watch the season finale of Jane the Virgin without your jaw on the floor. Several beautiful moments meant to bring the Villanueva/De La Vega/Solano families together in harmony were blown up because of the shocking twist at the end of the hour. There’s a reason avid Jane the Virgin fans are screaming at the tops of their lungs right now. But are these cries of outrage or happiness? The answer is neither. For the first time, we’ve been thrown a curveball that puts us in Jane’s position. We don’t exactly know what to feel, other than shock. This is what the telenovela should evoke. Jane the Virgin has so many supporters for its social messages and open conversations, many points on which were touched on in the finale. Make no mistake though. This is a telenovela, and it wouldn’t be a proper one without at least one person jumping off the couch in shock.

Michael’s return changes everything. It’s laughable to think that this week’s superimposed title “Jane the…SURPRISE!” could cover it. Having seen the finale, we can say that “Jane theÂ ” is the more appropriate title, one which will probably make its debut in next season’s premiere. This is the kind of push-pull that could break even the truest of telenovela fans. Most of the Rafael camp had found some peace with Jane’s decision to marry Michael. After Michael died, his camp found solace in the fact that Jane did not immediately run into Rafael’s arms. It wasn’t that simple. Jane and Rafael had to go through as many true-to-life problems as Jane and Michael did. They needed to be more grounded in their individual goals, and put the crazy drama in the past. Though this couple has faced a lot of these problems as of late, their love for each other has been unquestionable. Now, just as Rafael was about to propose to Jane, everything is up in the air.

Though Michael is the big news, we shouldn’t discount how much ground this season has covered. Everybody really got it together this year. The timing couldn’t have been more apt, since it was all hands on deck once Xiomara was diagnosed. The way everyone on the canvas has handled themselves in this storyline has been beautiful to watch.

I can’t think of a more wonderful celebration to end Season 4 on than Alba becoming a United States citizen! This was a dream she carried not just for herself, but for her late husband as well. Even River Fields teared up. I’m not sure where a green card marriage less then a few hours after becoming a citizen fits in the grand scheme of things, but it was nice for Alba to offer. It gets Jorge back to Mexico to say a last goodbye to his mother, and it may finally put to rest his back-and-forth relationship with Alba. I don’t care how platonic Alba thinks her marriage is going to be.

I never thought I’d say this, but the one person I hope gets a real break next season is Petra. She’s been through twice as much trauma as Jane has, with less than half the support. Petra finally, finally caught a break in the love department. She finally found a real partner who understands her and gives her butterflies. If only Petra hadn’t lied about killing her sister (but after threatening the twins, Anezka had that coming). Petra didn’t deserve for a stranger to try to shoot her in her own apartment. True love may have won out since JR defended Petra, but who paid the price with their life?

Nothing will be the same come Season 5. Is Michael’s return the tipping point, or will he bring secrets that linger throughout next fall?

The most shocking telenovela twist happens in the final minute of the season finale of Jane the Virgin, but will fans be able to handle it? 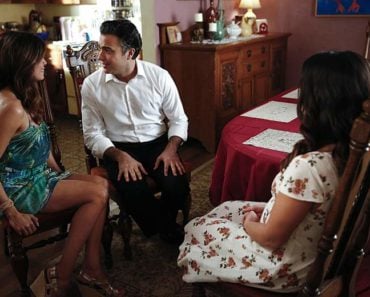