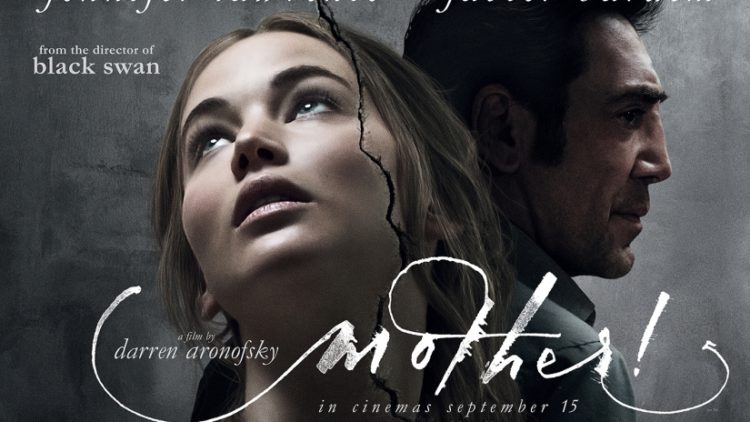 Darren Aronofsky is one of the most unique filmmakers out there. The writer-director’s career took off thanks to the unforgettable Requiem for a Dream, and Aronofsky has managed to showcase versatility in his craft thanks to his works, The Wrestler and Black Swann, the latter stood out as a visual masterpiece in an otherwise oddball story about a ballerina who transforms into a swan. Yes, I know that’s not the exact message of Black Swan but that’s a different article for another day. However, the most divisive work in Aronofsky’s filmography is his follow-up film, mother! The film is about the titular character who spends her time renovating a Victorian mansion that she lives in with her husband in the countryside. However, when a mysterious stranger knocks on their door, the lives of the lovely couple are turned upside down. Upon release, the film only had two types of audiences, people who loved it and people who absolutely hated it. One particular review from Kyle Smith of National Review pretty much summed up the feelings of those who loathed mother!, “Loud, extravagant, and obnoxious, mother! is the kind of film that makes you want to walk out, demand your money back, then file for a restraining order that would forbid the director from coming within 500 miles of any filmmaking equipment again. The following groups of people should take care to avoid mother! at all cost: pregnant women, those with nervous constitutions or heart conditions, and anyone who happens to be burdened with good taste.”

The Darren Aronofsky vehicle still entered the weekend with a high critical score on rotten tomatoes; however, many audiences weren’t thrilled with the movie, especially Christians who saw the film as an attack on their religion. Mother! bombed at the box office by opening with only $7.5 million domestically, being one of the rare films to ever receive an F cinema score. Now, there are plenty of reasons why the film was a financial failure; To many, mother! was marketed as a horror pic, to others, it was too shrouded in mystery, and the biblical aspects definitely keep most Christians from purchasing a ticket. In fact, mother! was actually nominated for three Golden Raspberries: Worst Director, Worst Actress (Jennifer Lawrence), and Worst Supporting Actor (Javier Bardem). The film certainly made a lasting impression that got people talking, but is mother! an underrated gem? To be honest, I don’t think that’s a fair question for this movie. Granted, I’m the one asking it, but mother! is one of those type of films where the divisiveness isn’t too shocking. First, mother! didn’t deserve any Razzie nominations. If you hated the film the fine, but there’s no way you can seriously watch that movie and believe that Lawrence and Bardem were any way shape or form bad. They’re the glue that holds mother! together because of their tremendous performances. Plus, Aronofsky’s direction is confident and daring. I’m not stating that films should get a pass because they’re original or ambitious, but Aronofsky clearly had something to say and that message was conveyed in a chaotic, but cohesive manner.

To be fair, I don’t particularly follow Christianity. In fact, it’s been over 10 years since I stepped inside of a church, so I’m not even close to familiar with the Bible. It took me three views, one of them with an actual Christian friend, to truly understand the subtext and Easter eggs from the Bible. I’m not going to pretend to understand the whole religious jargon, though I do understand why Christians hate the film. Do I think that Darren Aronofsky was trying to attack Christianity? No. Personally, I believe that Aronofsky used religion as a voice to tell the story that he cooked up from his brain. Yes, there’s plenty of religious themes, but Aronofsky isn’t pointing the finger labeling Christianity bad. Had that been the case then his message would’ve been a lot clearer because there’s still a cloud of mystery in mother! once the third act pops up. The screen is crowded with people and chaos, but there’s a fascinating, what the hell is going on question that dominates the feature. What makes mother! intriguing for someone who isn’t hip to the religion themes is the relationship between Bardem and Lawrence, who’s labeled as Him and Mother in the credits. It’s clear from the beginning that they’re relationship isn’t all peace and roses. It’s odd that Him is so warming and inviting to Man and Woman (the credited roles for Ed Harris and Michelle Pfeiffer), and other guests, yet he’s so cold to his own wife. Even though Man and Woman have brought chaos to his world, it’s as if he’s God and only sees the good no matter the situation. That one sequence of happiness of Him and Mother having sex and then a baby is basically the calm before the storm. Mother! feels reminiscent to Rosemary’s Baby once her child is born. You’re still asking what the hell is going on, but the religion themes do become clearer despite the uncertainty over what’s going to happen next. The tension wisely builds up throughout the film because the relationship between Him and Mother is so complex. We’re watching a world that’s similar to ours, but it’s clearly not due to the supernatural shenanigans that happen later on. Mother! is an interesting film that should be studied. Is it perfect? No, but it’s genuinely a compelling film that can be interpreted in so many different ways. It’s rare that we get films like these in the mainstream. It’s a great film, though as I previously mentioned, I understand the hate that comes with it.