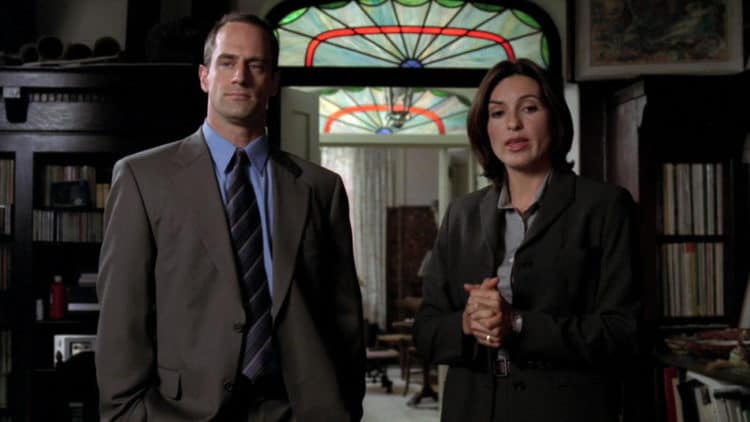 Law & Order: Special Victims Unit has been a fixture on our TVs for more than 20 years. Now in its 23rd season, it is the longest-running live-action scripted primetime series in American history. Over the years, viewers have watched Olivia Benson (Mariska Hargitay) and her team help solve some of the most “heinous” sex crimes in New York City. Along the way, Olivia has become one of the most popular TV cops in history. Although it’s kind of hard to imagine a world where Law & Order: SVU is over, all good things have to come to an end eventually. The question is whether or not the end is near for one of TV’s most beloved shows. Keep reading to see why we think it’s time for Law & Order: SVU to end.

Mariska Hargitay is officially one of the highest-paid actresses on TV. According to The Things, she makes about $500,000 per episode. Each season of the show has had at least 16 episodes, so you can only imagine how much money she’s brought in over the years. On top of that, the show itself probably costs a pretty penny to produce. If the show doesn’t end soon, it will eventually get to a point where it costs more to make it than it makes in return.

The Format Is A Little Stale

Since its debut in 1999, Law & Order: SVU has followed the same formula which is the same one that was introduced in the original Law & Order series. The first half of each episode typically focuses on the officers investigating the crime and apprehending the suspect, while the second half centers around the district attorney’s office trying to prosecute the crime. While this format definitely has its pros, it’s gotten a little redundant. If you’ve watched the show long enough, you probably feel like you know exactly what to expect most of the time. On top of that, this format can also result in the show being a little surface level. Sometimes its hard to get invested in the stories because there isn’t always enough time to flesh out the characters. If you’re the kind of person of person who really appreciates details, you might agree that SVU often lacks in that department.

There’s A Lack Of Creativity

Plot twists and suspensful moments are typically very important parts of the crime genre. However, that has never really been the case with Law & Order: SVU. Many of the stories featured on Law & Order: SVU are inspired by true stories. In all fairness, most crime oriented shows draw inspiration from real life, but Law & Order: SVU’s can be a little on the lazy side. They could do a much better job in terms of creativity. For the most part, if you’re someone who follows the news even casually, you’ll be able to piece together the plot of most of the episodes. In all fairness, however, this probably wasn’t as much of a problem during the show’s early days because news stories didn’t spread as quickly.

Olivia Seems To Be Out Of Storylines

The case is always the focal point of each episode of Law & Order: SVU, but the truth is that Olivia Benson is the reason why most people tune in. Throughout the series, fans have watched Olivia go through lots of changes personally and professionally.  At this point, however, it seems like Olivia’s journey may have run its course. The fact that her retirement was brought up during a recent episode also shows that writers may be aware that there probably isn’t much left for Olivia to do. While it’s true that the show could try to continue on without her, it seems unlikely that it would be as successful with a new main character. Realistically, she’s the reason why lots of people have watched so long in the first place.

There Are Better Police Dramas On The Air

When Law & Order: SVU premiered in 1999, the timing was perfect. The original Law & Order was successful, and many of the 90s’ other popular police dramas had come to an end. This left the door wide open for SVU to come in and steal the show. Lots of things have changed since then, though. Over the last several years, there have been quite a few new police/crima dramas that, quite frankly, are better than SVU. Obviously, there are still lots of people who watch Law & Order: SVU. But at this point, it seems like there’s a growing number of viewers who only use the show for background noise as opposed to genuinely being invested in the characters and the stories.