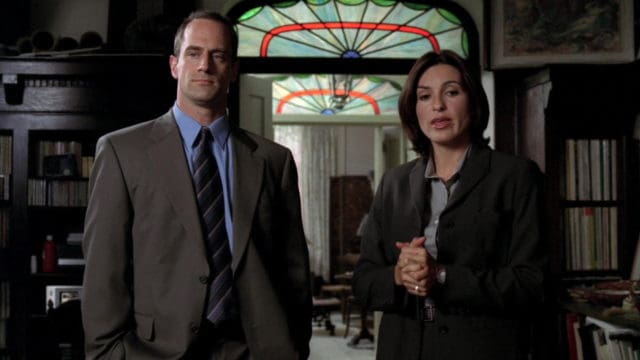 It’s amazing to think that an actual show can go on for as long as 19 seasons. When you have a platform that can adapt, it’s certainly easier to do. Law and Order: SVU has been a solid show since 1999, and it might even be getting better over the years. It’s safe to say that SVU can easily become an obsession, and with so many seasons and episodes to watch, it’s definitely a good obsession to have. Out of nineteen seasons of great shows, we’ve picked the top five seasons of Law and Order: SVU from its prolific history.

It’s difficult to top the first season because this is the season when we were introduced to the original characters and the basic premise. Going back to the first season of the show, it’s surprising to find out that not a lot has changed since then, yet the show still remains to be the longest-running show that’s currently on television today. Mariska Hargitay has been there since the beginning, and season 1 is a good place to watch the beginnings of her character.

This was the season that introduced us to Detective turned Sergeant Odafin “Fin” Tutuola. Ice-T’s character may not have been anyone extremely special, but the fact that it was Ice-T was enough for many to start watching the show and stick to it. Ice-T surprisingly held his own when it came to the acting, and he still continues to do so to this day. He remains to be one of our favorite characters on the show.

Season 9 featured a fairly impressive guest cast. The season premiere featured Cynthia Nixon as a woman with multiple personalities, which actually won her an Emmy award. The season’s 8th episode, which is the show’s 200th episode, was just as special because it guest starred a legend: Robin Williams. Williams played an engineer that just went too far. He was nominated for an Emmy for his role on SVU that season. Other guest stars that season included Elizabeth McGovern, Vincent Spano, Melissa Joan Hart, Sam Waterson, Erika Christensen, and even the great Bill Pullman.

This season contained some of the best episodes that we’ve seen on SVU throughout its history. The season’s premiere, Demons, showed us Christopher Meloni’s character Detective Stabler posed as a sex offender to catch a criminal. But the best episode that season was “911,” episode 3. It featured Hargitay’s character Benson, as she raced to try and save this little girl. Hargitay won an Emmy for this particular episode–something she rightly deserved.

It’s great to watch the show now and understand what it’s been through. Meloni may be gone as well as other favorites such as Richard Belzer, B.D. Wong, and Danny Pino. But now we have some new favorites such as Kelli Giddish and Philip Winchester. This was also the episode when Fin finally made Sergeant after so many years. That’s all the legacy we need to know about this show, and the fact that Benson is still kicking butt to this day.