Home
Television
Between
Between Season 1 Episode 1 Review: “School’s Out” 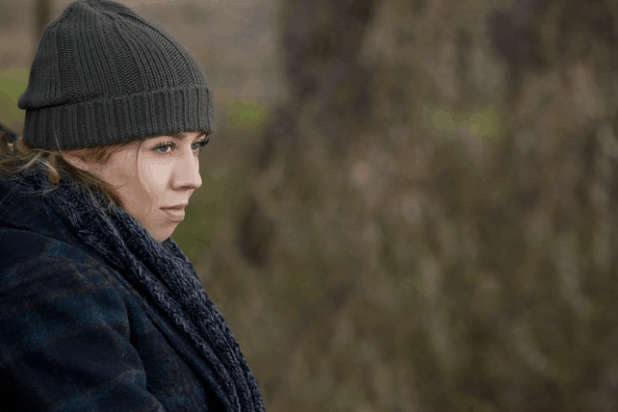 Up until now, at least in the US, all of Netflix’s original programs (and “original” acquired shows) have debuted full seasons, with a few exceptions in the children’s programming department. Elsewhere, though, there are plenty of American shows that Netflix acquires distribution rights for in other territories that it releases on a weekly schedule, similar to the traditional television model. Because of the relative success of this format, Netflix is trying a weekly release format with their newly acquired drama Between. Starring Jennette McCurdy (best known for her role as Sam on iCarly), Between is a Canadian science fiction drama that is co-produced and co-financed by City (a Canadian network) and Netflix. Episodes release each week on City in Canada, and they debut the following day on Netflix in the US.

The premise of Between is simple. After a mysterious disease kills every resident over 22 years old, survivors of a town must fend for themselves when the government quarantines them. The show comes from Canadian filmmaker Michael McGowan, and the cast features the previously mentioned McCurdy, Jesse Carere, Ryan Allen, Justin Kelly, Kyle Mac, Jack Murray, Brooke Palsson, and Stephen Bogaert. Here’s a look at the show’s premiere episode, “School’s Out.”

The episode begins in the town of Pretty Lake, a small town  like many others. High school student and minister’s daughter Wiley Day (McCurdy) talks with her friend Adam (Carere) about her current situation, and teens all over town are going about their day. It seems that everyone in Pretty Lake is at their own personal crossroads, and Wiley is fighting with her sister Melissa (Passlon) when their father is suddenly found dead from unknown causes. The next morning, Chuck Lott’s (Kelly) mother dies in front of his eyes, and adults all over town begin meeting their end the same way. By Day 4, 36 deaths are confirmed, leaving people everywhere worried and unsure of what is happening.

The death toll continues to grow exponentially, leading to the government choosing to quarantine Pretty Lake. The town believes that the world is leaving them to die, and it seems that no one at all is even close to understanding the issue. Wiley, meanwhile, works on going through with a plan she had of giving up her baby to a wealthy client. While the deaths continue mounting, Adam makes the discovery that no one has died that is under the age of 22.

By Day 10 of the epidemic, over 2,800 people have died in the town of Pretty Lake. Adam tells Wiley about his discovery, and they decide that they need to leave Pretty Lake in order to survive. He makes plans for how to get them out of the quarantine zone, deciding to leave that night. Unfortunately, though, Wiley backs out at the last minute, not wanting to slow her friend down and risking his failure. She ends up going into labor in her living room, leaving Melissa to help her through the process. Things don’t go well, though, and Melissa leaves to get Gord’s (Allen) help. Wiley ends up delivering her baby as Adam is stopped at the gate, getting shot in the process.

During this review, I’ve really only talked about the arc involving Wiley and Adam, but there were plenty of other characters in “School’s Out” whose own stories were introduced and given time to build. While the cast often struggled during these other stories, each of them shows enough promise to justify their place in the world that is being built on Between.

While it’s been popularized now by Sherlock, Between makes really good use of text messages and tweets on-screen visually, and it gives the series much more of a young aesthetic than it would otherwise have. The premise of the show is incredibly intriguing, but the cast is, unfortunately, fairly stiff, at least at this point. The real shining light is McCurdy’s Wiley, and it is clear that her gravitas will be necessary to keep the show afloat until the rest of the cast steps up their game. The series seems to be surprisingly well-shot for a network drama, but this may be largely due to being a co-production of Netflix. Between‘s score is very subtle, but it succeeds in effectively keeping a creepy vibe throughout the episode. The show also benefits from taking place in a small locale because it allows for a number of great set pieces. Every building, room, and exterior that characters interact in during the story of “School’s Out” sustains a solid feel that never appears “off.” While more science fiction than anything else, Between does a great job of blending in elements of both horror and character drama.

Overall, the premiere episode of Between fully accomplishes its goal of establishing a strong premise while being intriguing enough to keep you hooked. The cast is the only major weak link that I can find, but I think that it is one that will definitely grow on you. Only time will tell, but Between has the potential to be a strong weapon in Netflix’s arsenal.